Moon Rocks: What Are They and How Do You Smoke Them? 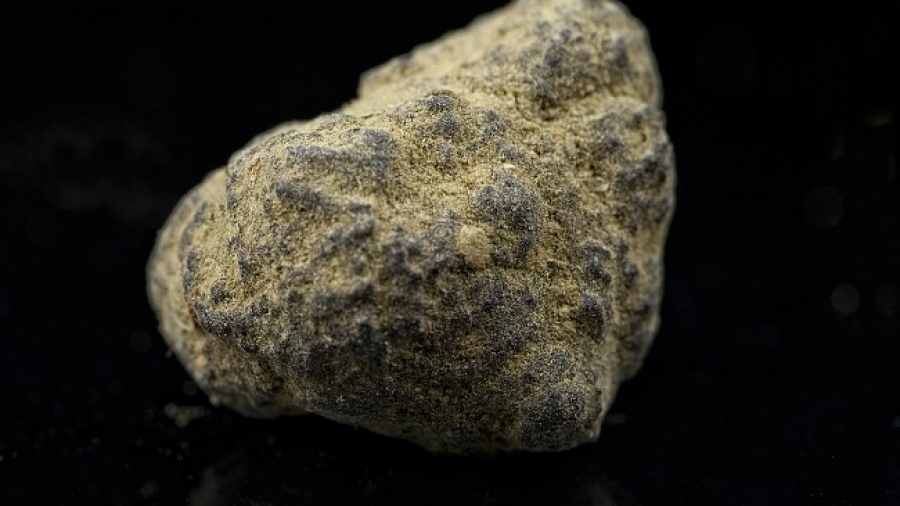 Let’s be clear. When we say ‘moon rocks,’ we don’t mean the kind collected by Neil Armstrong and Buzz Aldrin. Instead, we refer to the expensive yet highly potent weed nugs that will very likely send you to outer space and back. Frequent users claim that smoking moon rocks is one of the best ways to enjoy the herb, so if you want to get extremely high, keep reading to find out about these potent little hitters.

What Are Moon Rocks?

Moon rocks are effectively weed buds dipped in hash oil (or sprayed with it), which you then roll in kief. It is relatively easy to create one, and it is a method of experimentation best enjoyed by cannabis connoisseurs with a high tolerance to weed. You’ll need it because best estimates suggest that they contain around 51% THC! That’s more than double the potency of many powerful marijuana strains.

There is a suggestion that a dispensary named Starbudz60 was the first to conjure up these powerful balls of bliss. However, the famous West Coast rapper Kurupt has popularized moon rocks, and there is even a special trademarked ‘Kurupt Moonrock’ available for sale.

Lovers of rap will probably know that he signed to the infamous Death Row Records label back in the 1990s, and his partner Dr. Zodiak tagged along. Today, you’ll find that all the original moon rock products from that era are now known as Dr. Zodiak’s Moonrock.

Sadly, there are plenty of shady individuals selling pretty bad versions. These unscrupulous dealers will create moon rocks using their lowest quality nugs, and downright terrible oil hidden beneath mediocre kief. Each rock will have a different effect based on the strains used, along with cannabinoid and terpene concentrations.

While there are plenty of reputable sellers of moon rocks, it is worth trying to make your own first, and we’ll show you how to do it below.

How strong are Moon Rocks?

Though the potency of each batch of Moon Rocks varies and depends on how it’s made/who produces it, the general consensus is that they hover around 50% THC (most flower by itself averages around 20% THC).

Hitting Moon Rocks produces an extremely pleasant, terpene-rich taste of kief that makes you say, “Woooo, that’s delicious.” The smoke clouds produced are super big and full, so each hit is damn near its own experience.

And the high? Oh buddy, oh pal, don’t even get me started on the high. Starting in the head, and eventually spreading throughout the entire body down to your toes, a Moon Rocks high is one of those slow burns that you definitely feel at first, but 30 minutes later, you realize that you have reached a mountaintop that you may not have been ready to climb.

I smoked my gram of Moon Rocks at around 5 p.m., and when I woke up the next morning at 7 a.m., I was still on Mars waiting for the train back to Earth.

Though Moon Rocks are commonly made with GSC flower and/or GSC concentrate, you can really make your own Moon Rocks however you’d like. All you need is the following:

How to smoke moonrocks

Take one moon rock nug, place on the rolling tray. With your blade, cut the nug into four or five chunks.

Take your glass piece and pack a normal bowl of flower.

Put Moonrock chunk on top of the normal bowl of flower.

Light your lighter, and begin burning the top of the moon rock slowly, so it sizzles and begins melting into the flower beneath it. If it catches on fire, blow it out.

Do not touch the moon rock. It will stick to you and burn you. Trust me, it sucks.

Inhale as you apply low heat to the bowl until the entire thing is cherried.

Again, never touch the sticky little devil during this process, you will regret it.

From here, you may want to orbit the living room, alternating between contact with the fridge, the television and the couch for the foreseeable future. After a successful descent back into the atmosphere, repeat, if you dare.

What are the effects?

THC is the primary psychoactive ingredient in cannabis and mainly responsible for producing the “high.” Given that moon rocks contain considerably higher levels of THC, the effects are more pronounced than what you experience from run-of-the-mill cannabis products.

The severity of the effects depend on a few things, including the strain used and your tolerance. Someone who’s not used to high THC cannabis tends to have more intense effects. Using large amounts also increases the intensity of the effects.

Here are some of the common effects of moon rocks:

How long do they take to kick in?

They produce a slow burn with some immediate effects that really kick into high gear about 30 minutes in.

Based on people’s reviews, you can expect your buzz to linger for several hours or even into the next day if you’re new to moon rocks or high-THC strains.