Marijuana Withdrawal: All you need to know 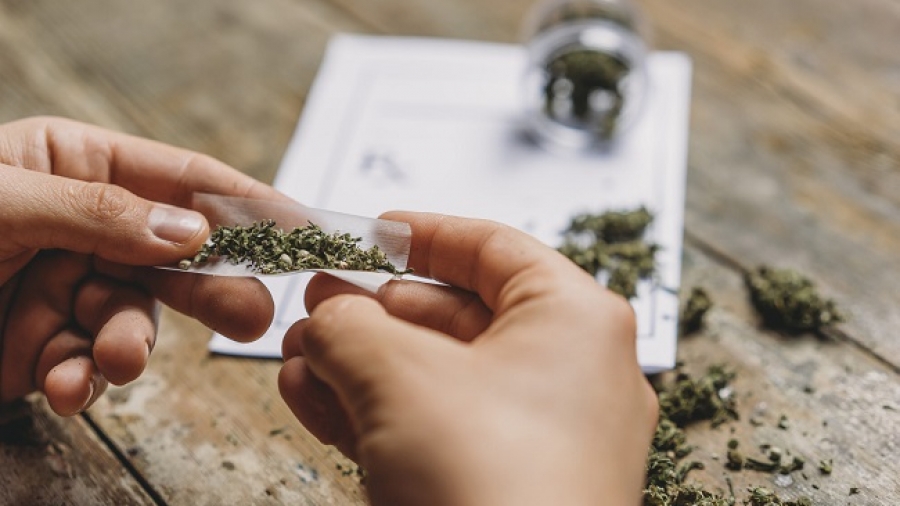 There’s little question that attitudes towards the cannabis plant are changing. According to a recent Gallup Poll, almost 70% of people favor legalization in the United States. Over two-thirds of American states have legalized medical marijuana. The plant is fully legal in Uruguay and Canada.

However, while cannabis has many potential medical benefits, its growing popularity leads to further misconceptions. One is that marijuana isn’t addictive. In reality, it IS possible to develop a dependence on the substance. Those who regularly use it and try to stop may experience Cannabis Withdrawal Syndrome (CWS). This article outlines the symptoms and how you can get help.

How Likely Is Marijuana Addiction?

According to theCenters for Disease Control and Prevention (CDC), approximately 10% of cannabis users become addicted. This percentage rises to 16% if you begin using it before the age of 18.

Unfortunately, addiction to legal and illegal drugs is a major problem in the United States and worldwide.SAMSHA research from 2017 showed that 38% of adults in the U.S. battled an illicit drug use disorder. Remarkably, 74% of adults with a substance use disorder had an alcohol use disorder.

Cannabis is less addictive than legal substances like alcohol, nicotine, and caffeine. It is also far less likely to lead to addiction than illegal drugs like heroin and cocaine. The idea that it is a ‘Gateway Drug’ was debunked long ago.

Symptoms of marijuana withdrawal include:

These symptoms can range from mild to more severe, and they vary from person to person. These symptoms may not be severe or dangerous, but they can be unpleasant. The longer you used marijuana, the more likely you are to experience withdrawal symptoms.

That’s because your body has to adjust to not having a regular supply of delta-9 tetrahydrocannabinol (THC). THC is the primary psychoactive ingredient in marijuana. When you regularly smoke marijuana, your brain develops a tolerance for it.

The more you smoke, the more your brain depends on this supply of THC. When you stop, your brain has to adjust to not having it. As your body becomes accustomed to this new normal, you may experience unpleasant symptoms. These are symptoms of withdrawal. In some cases, these symptoms can be so troublesome people choose to begin smoking again to get a reprieve.

The individual must exhibit three or more of the listed symptoms and one must be of a physical nature. Research that has investigated the course of the symptoms for marijuana/cannabis withdrawal has indicated that there is a withdrawal timeline to be expected:

For some individuals, there is always the possibility that they will continue to experience symptoms of lethargy, mild depression, mood swings, issues with motivation, and intermittent cravings for marijuana for weeks, months, and maybe even years after they have stopped using the drug. In addition, there are relatively high relapse rates associated with any substance use disorder. Individuals who begin smoking marijuana after even lengthy periods of abstinence run the risk of reestablishing their old habits rather quickly and in many cases significantly more quickly than their cannabis use disorder took to develop the first time.

The withdrawal process from marijuana is not considered to be life-threatening; however, in some individuals, there is always the potential for someone to exhibit poor judgment, be more prone to accidents, and even develop suicidal thoughts as a result of the distress and depression that can occur during cannabis withdrawal. Thus, it is suggested that individuals who intend to stop using marijuana, especially individuals who used marijuana daily or nearly daily, discontinue use of the drug under the supervision of a mental health professional.

Over the last several decades, researchers have started to understand more about addiction, substance abuse, and variables related to the notion of a withdrawal syndrome.

Several decades ago, withdrawal syndromes were characterized as having more objective and very discreet physical symptoms, whereas in the current mode of thinking, it is understood that withdrawal symptoms can consist of more subjective feelings of distress along with very concrete physical symptoms. As a result of more modern approaches to substance abuse and addiction, the American Psychiatric Association included diagnostic criteria for cannabis withdrawal in its latest edition of the Diagnostic and Statistical Manuals of Mental Disorders (see below). Thus, the answer to the question, “Is marijuana withdrawal real?” is easily answered by referring to these diagnostic criteria and by subsequent research documenting its effects.

If the troublesome symptoms of marijuana withdrawal are making it difficult to quit, we can help. American Addictions Centers (AAC) has clinicians across the country experienced in keeping patients safe and comfortable as they navigate a wide variety of withdrawal syndromes. AAC offers treatment tailored to your specific needs and can help you quit problematic marijuana use and begin recovery. Please know that when you attend one of our facilities, you are a part of our family. For more information, contact us now at (888) 900-2905 to speak confidentially with an admissions navigator for help getting access to our successful substance abuse programs.

While the symptoms of marijuana withdrawal may not be as severe as those of some other controlled substances, such as cocaine or heroin, marijuana withdrawal is real. People who smoke cannabis can become addicted. You may experience symptoms like trouble sleeping, mood swings, and irritability when you quit.

These symptoms are rarely dangerous, and most of them will stop within 72 hours after your last use of marijuana. In the long term, finding guidance and accountability with a therapist or support group is encouraged. Staying sober is easier when you know you have people supporting you.