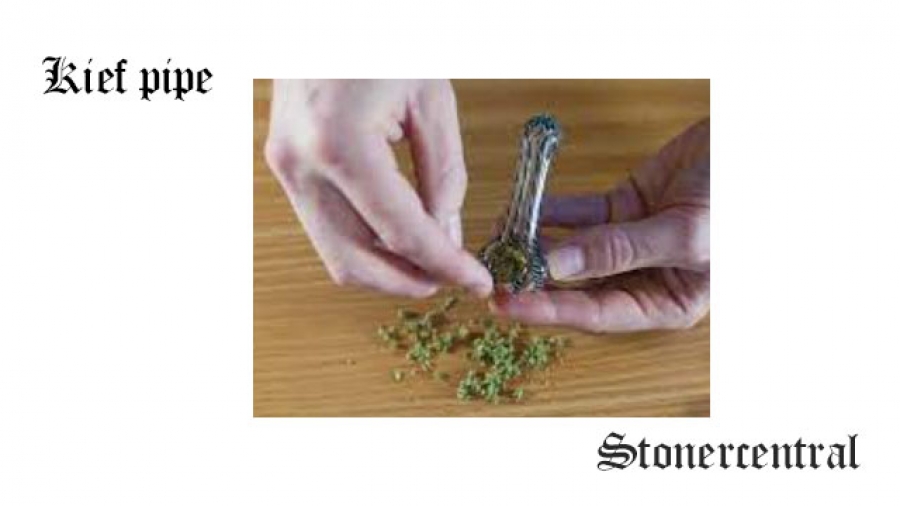 by contentsec
with 9 comments
All about weed
0

Smoking kief in a pipe is another popular way to consume your kief. However, it’s really important that you are careful how much you use because it is much more potent than your buds. So if your bowl is big, pack it conservatively. Also, kief manages to stay alight and burning in the pipe basically until it’s burned all the way through, so keep toking away. It doesn’t stop burning the same way that flowers do, so you’ll lose it if you don’t pay attention. Kief also tastes great when vaped in something like the Grizzly Eclipse Vaporizer.

Before we can learn how to smoke kief, let’s first understand what it is exactly. The tiny, sticky crystals that cover the marijuana flower is known as kief, or dry sift. It refers to the resin glands that contain the cannabinoids and terpenes that contribute to the uniqueness of the plant. Cannabis without kief still contains the cannabinoids that the plant is so famous for, but the resin glands that develop on the bud tend to pack the biggest punch. While kief refers explicitly to the cannabis plant’s bulbous, crystal formation found at the tip of the glands, the substance itself is just a part of what is known as the trichome, or hair. Cannabis plants aren’t the only kinds of plants that have external trichomes. There are many different kinds of plant and algae that have them for evolutionary purposes. Some carnivorous plants, like the Venus fly-trap, rely on these sticky trichomes to trap their prey, while others, like the cannabis plant, use them to deter herbivores. The trichomes on cannabis plants help to keep hungry herbivores away by producing an intensely psychoactive experience. This then disorients the animals and prevents them from eating the rest of the plant.

People like kief because it’s potent and easy to collect. Basically, kief is a simple DIY way to make concentrates at home collecting trichomes that have fallen off the weed you’re already smoking. Additionally, kief is very versatile. If you collect enough of it you can heat or press it into a concentrate like hash. Or you can simply add it to a bowl, joint, or any other weed-smoking method you like to give your sesh a huge boost of THC.

Many people end up not really using kief that often because it can sometimes take a while for enough to accumulate in your grinder to really use. Further, now that cannabis concentrates are so widely available and of such high quality, many concentrate fans find it much simpler to buy concentrates from a dispensary rather than patiently and meticulously gather kief on their own. They get a better product this way, too.

How to make a homemade pipe?

I am starting with apples because it is the easiest fruit to work with. Once you get the mechanism, you can use it on a banana, a bell pepper, cucumbers, potatoes, or even as tiny as a strawberry. Basically, the answer to how to make a homemade pipe starts with fruits and vegetables.

Apples are my go-to fruits because they taste great, they are easily available, and well, I kinda fell in love with it in my early days, and love lasts forever. *wink wink* And the best part, it makes for an astounding homemade cannabis pipe.

Start with a ripe apple, making sure it is strong enough to take the smoke and heat. Poke a pencil, from the top, where the stem is, all through the middle. Make sure you don’t take it all the way through. This hole is used for our bowl.

Now, making use of the pencil again, or in fact, any poking device, make a hole perpendicular to the first one, such that they meet in the middle. The holes will make a ‘L’ inside the apple. How do you make sure they are interconnecting? You blow through one of the holes and ensure the other is well- connected. It also helps to clear the smoke path of any chunks and bits.

Now, time for another hole. This time on the other side of the apple, following the same process of meeting in the middle. This particular hole will act as a rush, so make sure it’s in a spot where your finger can reach while you hit it.

Take a knife or a blade to carve a bowl on the top of the apple, where we made our first hole. You have everything! A bowl, a mouthpiece, and a hole to manage your airflow. Make sure everything is clear before packing your bowl.

Pretty sure you never had fruit this way!

Light it up, and enjoy! Tasty, isn’t it?

You can use this same method on any other fruit, and it will work just as easily as this one. Enjoy the delicacy. A pretty easy homemade pipe.

Pen Pipe or a One-hitter

You might not have any fruit in the house, but you can always buy a cheap pen. And that’s what makes this DIY so awesome. It is the easiest way to get on with your smoking plans without having to cut or crave anything. This is one of the easiest homemade pipe.

Take a pen, making sure it has a metal cap at the nip and is easily disassembled. Remove the back part and the front nip, and take out the ink refill.

Once you have an empty tube, place the nib on the tip the opposite way that it would normally fit on the pen. It will make a perfect V.

Now fill it with cannabis, and light it up. Inhale from the backside of the pen, which is now your mouthpiece.

Compared to some of the other extract forms, kief can provide you with all of the terpenes and cannabinoids that are found in your favorite strain. With the fine consistency of kief, it can be a challenge to dose correctly, but it is a worthwhile addition to a bowl or joint. Now that you know how to smoke kief, collecting it will be a patient project that will leave you with a lovely reward.