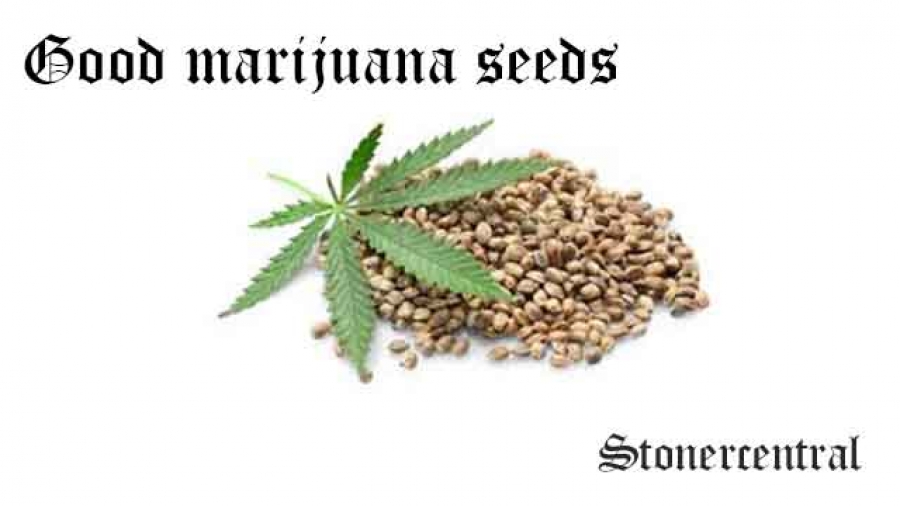 by contentsec
with 8 comments
All about weed
0

Cannabis is grown from one of two sources: a seed or a clone. Seeds carry genetic information from two parent plants and can express many different combinations of traits: some from the mother, some from the father, and some traits from both.

In commercial cannabis production, generally, growers will plant many seeds of one strain and choose the best plant. They will then take clones from that individual plant, which allows for consistent genetics for mass production.

If cannabis is legal in your state, you can buy seeds or clones from a local dispensary, or online through various seed banks.

For the typical homegrower, it may be easier to obtain cannabis seeds rather than clones. Growing from seed can produce a stronger plant with more solid genetics.

Plants grown from seed can be more hearty as young plants when compared to clones, mainly because seeds have a strong taproot. You can plant seeds directly into an outdoor garden in early spring, even in cool, wet climates.

If growing outside, some growers prefer to germinate seeds inside because they are delicate in the beginning stages of growth. Indoors, you can give weed seedlings supplemental light to help them along, and then transplant them outside when big enough.

Most seeds that you will buy are regular seeds as described above, but here are a couple more types.

Cannabis can be either male or female—also called “dioecious”—but only females produce the buds we all know and love. For reproduction, males have pollen sacs and pollinate females, causing female flowers to produce seeds.

Once cannabis seeds are mature, the female plant begins to die, and seeds are either dropped to the ground where they grow into new cannabis plants next spring, or the seeds are harvested for processing into seed oil or food products, or stored so they can be sown in the ground later and become the next generation of plants.

To get the buds found in medical and recreational stores, female cannabis plants are grown in an environment without males—or the males are removed from the area before they release pollen—so the females don’t create seeds. Females can then focus their energies on producing buds and not seeds—this high-potency marijuana is traditionally known as “sinsemilla,” meaning “seedless.”

Some varieties of cannabis can produce male parts alongside female flowers on the same plant, especially if exposed to environmental stressors. These plants are known as hermaphrodites, and sometimes they can self-pollinate to create seeds.

How to Choose Cannabis Seeds: Buy or Grow?

Male vs. Female: Does it Matter?

Seeds can be male or female, but most people only want to grow female seeds. Why? Because female plants are the plants that produce buds. Most seed companies sell “regulars,” which contain male and female seeds. However, they also offer only female seeds, referred to as feminized seeds. There is a big price difference between the two, but its worth it to spend the extra money to make sure that you are working with feminized seeds so that you do not waste your resources growing male plants that don’t produce the results you want.

Think about the effects that you would like your cannabis to have when consumed. There are two main categories of cannabis – indica and sativa. Sativas produce an energetic, creative feeling in users. Indicas reduce anxiety and inflammation but often leaves users feeling tired.

How to Spot a Healthy Seed

Healthy marijuana seeds are dark brown, black, or some combination of both. We’d recommend you don’t use green seeds. Green seeds usually aren’t yet mature enough to sprout. Both bigger and smaller seeds will work. Indica seeds tend to be bigger-sized than sativa seeds. Another way indica and sativa seeds differ is in their patterns. Seeds that are brown and black are most likely indica, while the seeds that are a single color are generally sativa.

For many years, people had to choose between the benefits of indica or sativa. But you can also grow hybrid plants, which blend the qualities of sativa and indica into one plant. Hybrids usually are dominant one way or the other – indica or sativa – but also produce the effects of the other kind of plant.

Another thing to consider, especially if you are a novice grower, is that indicas take less time to mature than sativas. Indicas are considered a hardier plant that can withstand more stress so they are more forgiving to novice growers who tend to make a few mistakes on their trial run.

Whether you grow your seeds or purchase them, you should take a few precautions to keep them safe until you are ready to grow them. If done correctly, you can store marijuana seeds for several years and still use them to grow healthy cannabis plants.

How to Choose Cannabis Seeds for Success

Don’t get overwhelmed. There are a lot of options when it comes how to choose cannabis seeds! The best way to learn is just to get started.

If you choose to purchase seeds, start with a cheaper strain. Expensive doesn’t always mean better. Some of the old faithful strains are very potent. More complicated, newer, expensive hybrid strains can flop more easily. You don’t want to have spent too much money on seeds for your first plants. Choose a strain that people have been growing abundantly for many years so your first grow cycle is as problem-free as possible.