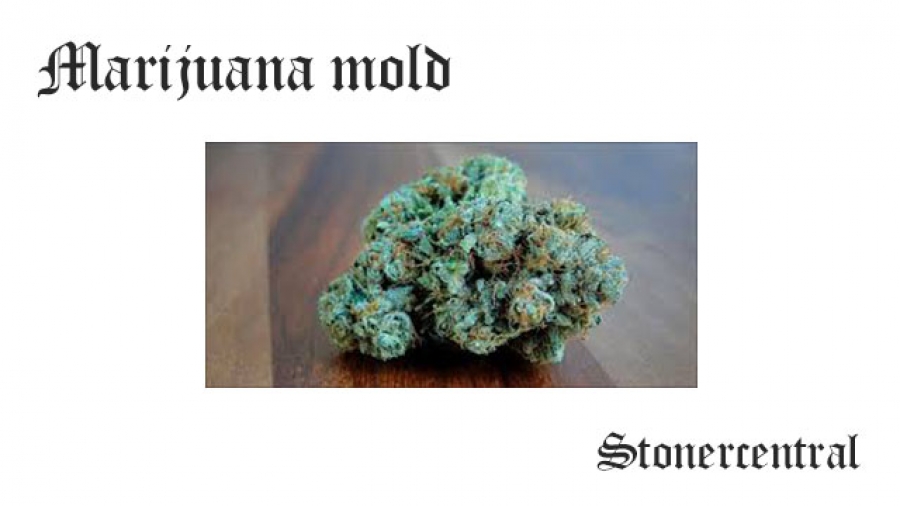 by contentsec
with 8 comments
All about weed
0

Spotting mold on bread or cheese is pretty easy, but on cannabis? Not so much.

Here’s everything you need to know about what to look for, whether it’s safe to smoke moldy cannabis, and how to keep your stash mold-free going forward.

What to look for

Moldy cannabis usually has a grayish-white coating. If you’re not a seasoned consumer or grower, though, it can be easy to mistake trichomes for mold and vice versa.

Trichomes are those sticky, shiny crystals on the leaves and buds that give cannabis its aroma.

Unlike trichomes, which look like little hairs that almost appear to glitter, mold has a gray or white powdery appearance.

Mold also has a distinct odor to it, so your nose may notice the mold before your eyes do. Moldy weed usually has a musty or mildewy smell, or it may smell kind of like hay.

Is it safe to smoke it?

It probably won’t kill you, but it’s still not recommended.

In healthy people, smoking moldy weed isn’t likely to have a detrimental impact on your health — barring the general risks of smoking, of course.

If you smoke moldy weed, you might experience symptoms like coughing, nausea, and vomiting, which are more unpleasant than dangerous.

But if you’re allergic to mold, you could end up with inflammation of your sinuses or lungs and symptoms like:

In people with weakened immune systems or lung conditions, inhaling smoke from weed that contains certain mold species can have serious health consequences.

Fungi like Aspergillus, Mucor, and Cryptococcus can cause serious and even deadly infections in the lungs, central nervous system (CNS), and the brain in people with compromised immune systems.

A UC Davis study found these and other types of potentially harmful fungi on cannabis samples bought from dispensaries and growers in Northern California.

Is there any way to remove the mold?

You may be tempted to cut off the obviously moldy bits and smoke the rest, but it’s not a good idea. Life’s too short for bad bud.

If you can see mold or mildew, you’re better off tossing it. It’s not going to taste or smell good anyway, and could make you feel sick.

How to protect against mold

Storage is everything when it comes to preventing mold.

Exposing cannabis to the wrong temperature, light, humidity, and oxygen can promote the growth of mold.

Here’s what you need to keep in mind.

Avoid the fridge or freezer

Forget what you’ve been told about storing your green in the fridge or freezer. The temperatures are too low, and the exposure to moisture can result in mold.

The ideal temperature to store cannabis is just below 77°F (25°C).

Where does mold come from?

All mold comes from spores. But how do the spores get to your plants? They can get tracked in from anywhere at any time, and there’s always some amount of mold spores in the air pretty much everywhere you go. Although it is a really great idea to keep your grow room as sterile and clean as possible, it’s still possible for mold spores to get in no matter what you do.

In fact, NASA has recently started growing various plants in space, and they were shocked to find out that their flowers also started molding in too-humid conditions! Even NASA didn’t know that mold would be able to make it all the way to the International Space Station.

The world “mould” probably conjures up bleak images of rot and decay if your mind’s eye. While mould doesn’t look pretty when it devours cannabis plants, it plays one of the most fundamental roles in nature.

A type of fungus, “mould” encompasses a large group of taxonomically diverse species. Much like other fungi, they branch out while forming a multicellular network of small filaments (hyphae), forming a dense mass of fibres known as mycelium.

Moulds don’t possess a digestive system. Instead, they pump out enzymes that break down substances like plant matter and wood on the outside of their bodies. With these traits, they play the role of nature’s great decomposers. They break down waste, plant matter, and dead animals into smaller particles, returning them to the soil to continue the circle of life.

Moulds reproduce by sending out plumes of spores into the air. They can be likened to the seeds of a plant, although they behave in a very different manner. See, instead of sending out actual seeds, they wait for the moment they land in a prime environment. If that moment ever comes, they send forth hyphae into the world in search of food.

Some spores are asexual and successfully mate with themselves, giving rise to the next generation. Other spores create hyphae that require a mating partner. Hyphal cells from two different spores find each other and mate, and their nuclei merge, creating a zygote capable of further reproduction.

As we’ve mentioned before, mould will only start to infest, decompose, and damage cannabis plants when the conditions are just right. Mould spores exist in the air around us—and our plants—at all times.

Some species may lay dormant, only striking when the conditions fall in their favour. Other species wait, lurking in the soil, for the chance to start feeding on susceptible root systems. Many of them, as seasoned cannabis growers discover, occupy soil that favours their existence, making them very hard to tackle.

Although mould looks harmless—like you could clean it and forget about it—some species pose a real threat to human health.

Mould exists everywhere, to the point that all cannabis flowers will have a little (besides those cultivated in sanitised indoor spaces). Although mostly inert in small quantities, even tiny amounts of toxic mould can cause problems.

Now, most people possess a fully functional immune system capable of defending against occasional mould exposure. However, immunocompromised individuals are particularly susceptible to them, and prone to issues like lung infections when exposed to mould.

While we’d like to only have to worry about one type, various species of mould could attack your cannabis plants. To ensure your crops stay safe, you and all other cannabis growers should get familiar with these common cannabis moulds. Even a basic knowledge of the traits, signs, and symptoms of these moulds will help growers prevent them, and treat them if they arise.

Botrytis spreads through airborne transmission, and its spores are almost always present in the air. An open wound, or certain other conditions, will allow the spores to proliferate, potentially infecting entire plants and their neighbours.