Is weed a psychedelic drug? 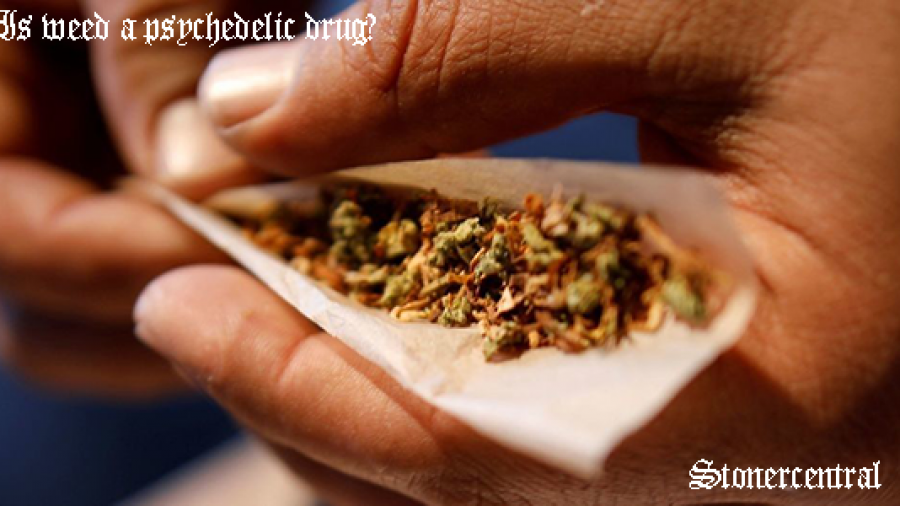 At a recent conference in London on the science of psychedelics, Holland said that using marijuana may be linked with a phenomenon some psychiatrists refer to as “dehabituation”  — the process of looking at something with fresh eyes.

Several forms of psychotherapy emphasize the idea that troubling situations center around a problem of perspective. By approaching those same scenarios from a new point of view — usually with the help of a therapist — we can fix our thinking and feel better.

Psychiatry and psychedelics share the common Latin root “psyche,” or mind, because both are believed to act on it, albeit in different ways. That’s one of the reasons that dozens of scientists, including psychiatrists like Holland, are increasingly supportive of the idea that psychedelic drugs might have a place in treating mental illness. Research on using traditional psychedelics like magic mushrooms, LSD, and ayahuasca to treat issues ranging from anxiety and drug addiction to depression has seen a major resurgence in the last few years.

While less of this research has focused on cannabis, Holland still believes the drug has some characteristics that could make it helpful in related ways.

“The thing that I’m interested in with cannabis is how it does this thing where everything old is new again,” she said.

To this end, Holland is serving as the medical monitor for a new study launched by the Multidisciplinary Association for Psychedelic Studies (MAPS) that aims to assess whether marijuana could help reduce the symptoms of PTSD in veterans with the disorder.

Marijuana is not classified as a psychedelic, however, and remains in a drug class of its own. It’s also a Schedule I substance according to the Drug Enforcement Administration, which makes studying its potential use for mental illness — or any other medical problem — difficult.

The largest and most comprehensive existing report on the science of marijuana concluded that there’s still a lot we don’t know about how the drug affects the brain. For example, it suggested that people who use cannabis more frequently have an increased risk for developing schizophrenia, social anxiety disorders, and depression (to a lesser extent), but the report could not say whether marijuana plays a role in causing those disorders or if being prone to one simply makes you more likely to use the drug.

The word “entheogen” is commonly used for these substances nowadays, a word in Greek which means “generating the god within.”

Entheogens are understood as compounds that promote life-altering experiences, encouraging profound insights into the nature of life and consciousness, and the term also alludes to the spiritual aspect of these substances and the idea of them as plant teachers.

Psychedelics are potent psychoactive chemicals or plants that can alter perception, mood, and cognitive processes. Some of the most common psychedelics include:

Mind-altering psychedelic plants naturally grow as far afield as the Amazon, the Himalayas, and the Pacific Northwest of the US.

Weed as a depressant

Depressants affect your nervous system and slow brain function. Together, these actions can help to calm nerves and relax tense muscles. Depressants can help to treat several conditions, including insomnia, anxiety, or muscle spasms.

However, depressants can also have negative short-term effects, such as:

While depressants are generally less addictive than other types of drugs, some of them, like barbiturates, carry a much higher risk. Over time, you can also develop a tolerance to depressants, including weed, meaning you need to use more of it to feel the effects that you used to feel.

You can also become dependent on weed for certain things. For example, if you use weed to help you sleep, you may eventually have trouble falling asleep without it.

In addition, smoking anything, whether it’s tobacco or weed, irritates your airways and can increase your risk of respiratory conditions, such as bronchitis or a chronic cough. Learn more about the effects of weed on your body.

Weed as a stimulant

Stimulants have the opposite effects that depressants do. They often increase your heart rate and blood pressure, causing rapid breathing in some people. Stimulants can also improve your mood, especially right after you take them.

While depressants often make you feel sleepy or relaxed, stimulants make you feel alert and energetic. They can also help to increase your attention span.

Stimulants can also have negative, and sometimes dangerous, effects, including:

Weed is sometimes treated as a stimulant because it can cause:

Remember, weed affects everyone differently. Some people might feel relaxed and at ease after using it, while others might feel highly alert or anxious.

Weed carries fewer risks than many other stimulants. For example, methamphetamine and cocaine are highly addictive drugs that can have lasting effects on both your brain and body.

As a stimulant, weed carries the same risks it does as a depressant. You can eventually become dependent on it for its mood-elevating effects, and smoking it can lead to respiratory issues.

Weed as a hallucinogen

Weed is perhaps most often stereotyped for its hallucinogenic effects. While hallucinations are possible, they happen rarely and don’t occur in all users. But the symptoms of weed, such as time distortion, are also part of a hallucination.

Hallucinogens are substances that alter your perception of reality, either through changes in your sensory perception or visual or auditory hallucinations.

Keep in mind that hallucinations and paranoia, which is associated with stimulants, are different things. While hallucinations are false perceptions of objects, events, or senses, paranoia involves a false idea that’s usually accompanied by suspicion.

In addition to hallucinations, hallucinogens can also cause:

altered sense of time or space

loss of control over motor skills

detachment from self or environment

Weed can have all of these additional effects, which is why many people and organizations classify it as a hallucinogen.

Over time, using hallucinogens can lead to speech problems, memory loss, anxiety, and depression. In rare cases, people may be left with psychosis, flashbacks, or a condition called hallucinogen persisting perception disorder.

As a hallucinogen, weed doesn’t do this, but it may cause both anxiety and depression, though it can also relieve these symptoms in some people. Remember, you can also develop a tolerance to or dependence on weed, and smoking it can harm your respiratory system.