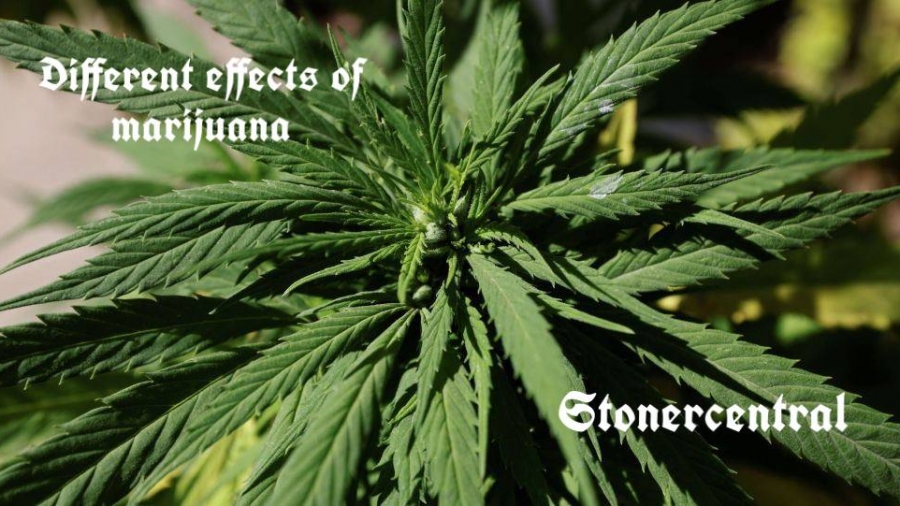 Cannabis use is on the rise in the United States. A 2018 study notes that, while cannabis use among teens has decreased, American adults are increasingly using cannabis on the daily.

According to Forbes, the global cannabis industry is estimated to be worth $7.7 billion. It’s projected to hit $31.4 billion by 2021.

The industry is booming in part because cannabis can be a versatile form of medication. A number of research studies have found that cannabis has the potential to help with a variety of medical conditions, including anxiety, chronic pain, and epilepsy.

But, as any recreational or medical marijuana user can tell you, not all cannabis is created equal. Different strains of cannabis produce different effects, and thus can be used for different reasons.

If marijuana is legal in your state and you’re looking to try it, but not sure which strains best suit your needs, we’ve got you covered. Check out our guide to marijuana strains below.

What is a marijuana strain?

If you’ve read a little about marijuana, or if you enter most dispensaries, you might see the words indica, sativa, and hybrid. Generally, most people divide marijuana into these three categories.

Indica, which originates from the Hindu Kush mountains of India, is believed to have a relaxing effect on the user. Sativa has a more energizing effect, while hybrid is a combination of the two.

Many industry experts, however, are reconsidering the indica, sativa and hybrid categories. According to Amos Elberg, head of data science at Confident Cannabis, these terms are more or less meaningless.

“We see samples of all cannabis products tested through our partner labs, and when we look at all the data, particularly of the chemical makeup of flower, we see no identifiable characteristics that are consistent with indica, sativa, or hybrid,” he explains.

“Essentially people are using these terms as catchalls for effect, but they’re not all consistent with those effects. Some indica makes some people wired, not couch-locked, for instance.”

In other words, people shouldn’t be alarmed if a reportedly energizing sativa strain has more of a mellowing effect, or if an indica strain makes them feel more bubbly and excitable.

Beyond indica, sativa, and hybrid, dispensaries might divide the types of cannabis they have into strains. Strains are essentially different breeds of cannabis, and they’re bred to have specific effects on the user.

But if the terms indica, sativa, and hybrid are essentially useless categorizations, are strain names also meaningless?

“Not all seeds that are sold under the same name are genetically identical, or even necessarily related. Some producers may choose to create a strain name essentially as a branding exercise, or to identify their product with an existing name because they believe the product matches characteristics the market expects from product sold under that name,” Elberg explains.

There are, however, still consistencies among product sold under specific strain names, Elberg adds.

“In general, for the less common names, product sold by different vendors tends to be pretty consistent,” he notes. “For the most common strain names, however, a wider variety of different products are sold.”

If you purchase product from a quality source, the strains should be more or less consistent. Bear in mind, however, that every person reacts differently to cannabis.

Indica vs. sativa: understanding the basics

When cannabis consumers think of “indica” vs. “sativa” marijuana strains, they generally think that indica strains are physically sedating, perfect for relaxing with a movie or as a nightcap before bed, and sativa strains are energizing with uplifting cerebral effects that pair well with physical activity, social gatherings, and creative projects. Hybrid strains are thought to have a mix of indica and sativa effects.

But indica doesn’t always mean “in da couch,” and sativa doesn’t necessarily energize all of its consumers. As research opens up and we learn more about the cannabis plant, it turns out the chemical compounds in each strain—the cannabinoids and terpenes in it—determine the effects you’ll feel, not whether it’s an indica or sativa. In fact, the origins of those two terms are rooted in botany, not effects.

However, even today, the belief that indicas, sativas, and hybrids deliver distinct effects is still deeply rooted in mainstream cannabis culture. If you’ve ever been to a dispensary, you’ve likely heard a budtender begin a strain recommendation by asking which of those three types you prefer.

Let’s look at where the terms “indica,” “sativa,” and “hybrid” actually come from, and how a cannabis strain’s chemical profile interacts with your unique body to make you feel effects.

Origin of indica and sativa

The words “indica” and “sativa” were introduced in the 18th century to describe different species of cannabis: Cannabis sativa and Cannabis indica. The term “sativa” described hemp plants found in Europe and western Eurasia, where it was cultivated for its fiber and seeds. Cannabis indica refers to the intoxicating varieties discovered in India, where it was harvested for its seeds, fiber, and hashish production.

Here’s how terms have shifted since their earliest botanical definitions:

Although the cannabis varieties we consume largely stem from Cannabis indica, both terms are used—even if erroneously—to organize the thousands of strains circulating the market today.

So if indica and sativa aren’t the best predictors of effects, what is?

The effects of different strains of weed depend on a number of different factors, but mainly on the cannabinoids and terpenes in the strain, or the chemical compounds in it.

The cannabis plant is composed of hundreds of chemical compounds that create a unique harmony of effects, which is primarily led by cannabinoids. THC and CBD are the two most common cannabinoids and are the main drivers of cannabis’ therapeutic and recreational effects.

Cannabis contains dozens of different cannabinoids, but start by familiarizing yourself with THC and CBD first. Instead of choosing a strain based on its indica or sativa classification, consider basing your selection on these three buckets instead (both indica and sativa strains exhibit these different cannabinoid profiles):

If you’ve ever used aromatherapy to relax or invigorate your mind and body, you understand the basics of terpenes. Terpenes are aromatic compounds commonly produced by plants and fruit. They can be found in lavender flowers, oranges, hops, pepper, and of course, cannabis. Secreted by the same glands that ooze THC and CBD, terpenes are what make cannabis smell like berries, citrus, pine, fuel, etc.

One question yet to be answered by research is how terpenes—and different combinations of those terpenes – shape the effects of different cannabis strains.

There are many types of terpenes found in cannabis, and it’s worth familiarizing yourself with the most most common—especially myrcene, caryophyllene, limonene, and terpinolene, since they’re the most likely to occur in pronounced levels in cannabis.