Can smoking weed cause vision problems? 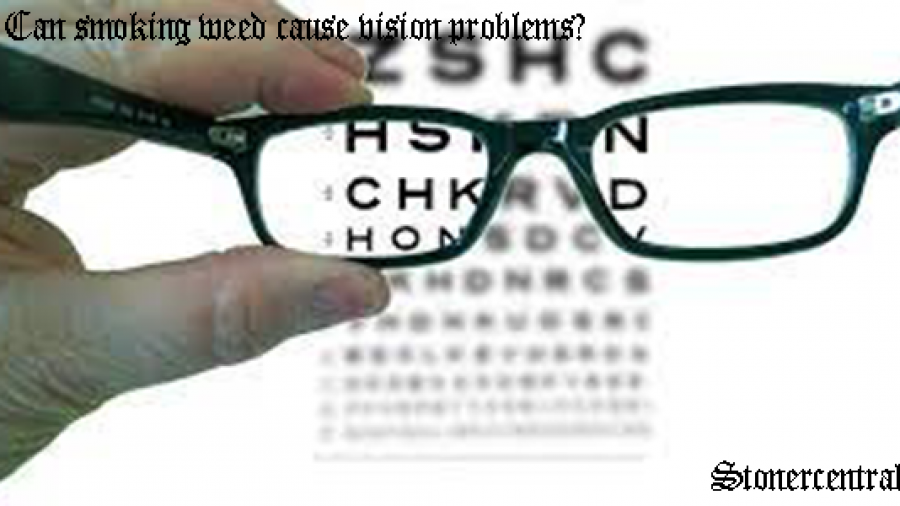 Among the most common effects of marijuana use is red, bloodshot eyes. It’s to be expected, sure, but that doesn’t answer the mysterious question pondered by generations of stoners: why does weed make your eyes red?

For weed novices, the onset of bloodshot eyes could cause a panic-induced internet search asking “can smoking weed damage your eyes?” Thankfully, as those who regularly consume cannabis can tell new users, there are no serious health risks associated with your sudden red-eyed circumstance. You’re probably not experiencing an allergic reaction or some bigger complication. Some might poke fun or chastise you for sporting your so-called “weed eyes” in public, but otherwise, it’s a completely natural occurrence that transpires after smoking cannabis.

In the days before marijuana became mainstream, many lived in fear of our usage being detected. What if you ran into someone you knew? How could you act normal and hide your consumption from parents, cops, significant others, landlords, or nosy neighbors? While you might have been able to stifle the giggles or dust off the Cheeto crumbs, your red, bloodshot eyes were a dead giveaway.

Today, red eyes are still a problem and science hasn’t found any newer methods to prevent them. “Not that I’m aware of,” wrote Dr. Rory T. Allar, MD, in an email. Allar is an ophthalmologist with fellowship training in glaucoma at Spokane Eye Clinic. Whether you smoke, eat, vape, or dab cannabis, it’s generally going to make your eyes red to some degree. Red eye is actually caused by processes happening inside your body vs. anything external, so even if you use items that claim to reduce these visible effects, they are only temporary. “While over-the-counter eye drops that ‘get the red out’ work for a while to make the eyes look less red, chronic use of drops actually will cause the eye to be more red and irritated long term,” Allar said. “Therefore, I do not recommend these drops.” What about organic treatments?

Some claim that food containing large amounts of caffeine, chocolate or salt can minimize bloodshot eyes. “Basically, old wives’ tales,” Allar said. What is it about pot that causes your eyes to look like you have pulled multiple all-nighters? The answer is tetrahydrocannabinol, or THC, the main active ingredient in cannabis and the compound that makes your body feel relaxed, including the eyes and blood vessels in them. “Cannabis dilates the small blood vessels on the surface of the eye,” said Allar. “It relaxes them and causes them to be bigger, which causes the eye to look red.” This dilation is particularly noticeable against the whites of the eye. Some medical professionals believe that marijuana use lowers blood pressure in general, which leads to the expansion of the vessels in the eyes.

Over time, there is concern that this could cause eventual health issues, but Allar says he hasn’t encountered this. “I can’t really speak directly about blood pressure issues, but it seems plausible that there would be a drop in blood pressure if dilation of blood vessels occurs,” he said. “As for red eye, it doesn’t cause long term problems to eye health.” There has also been speculation that weed is a good treatment for glaucoma, an optical health condition caused by pressure in the eye that can lead to decreased eyesight.

The thinking is that when blood vessels are dilated from pot, blood flow improves, relieving that pressure. Allar disagrees. “First, a drop in blood pressure, by any means, would not help with the treatment of glaucoma, so the direct answer to your question is no. Cannabis has been shown to lower eye pressure (different from blood pressure), but the effect does not last long, which is why cannabis is not a recommended treatment for glaucoma.” Along with other effects on your body from marijuana use, red eye is temporary. Red eyes generally only last a couple hours, then fades away. The more pot you ingest though, the longer your blood vessels remain expanded and the longer your eyes look red. If red eye remains for an extended time after consumption, or becomes an issue even when you’re not using, something more could be going on. “Many different eye diseases can cause the eye to look red,” said Allar. “If someone is concerned about their eyes being red they should talk with their eye care provider.”

Thanks to the THC in cannabis, there is a reduction in blood pressure when smoking weed, resulting in the relaxation and dilation of your blood vessels reducing the pressure inside the eye. Unfortunately these benefits whilst well documented, seem to be very temporary, lasting only a few hours and we have yet to find a way of obtaining them without the usual side effects.

It appears for now there are certain benefits to cannabis and cannabis compounds for a whole range of health issues, including but not limited to eyes however we have yet to harness the true benefits of this interesting plant without the undesired (in some cases) side effects. It also goes without saying that anything involving tobacco use does more harm than good, but with big business and governments around the world taking a serious look at the possible medical applications, big developments are on the horizon.

P.S. JUST IN CASE YOU’RE A FEW GRAMS SHORT OF AN EIGHTH, THIS ARTICLE DOES NOT CONSTITUTE MEDICAL ADVICE AND SHOULD NOT BE USED IN PLACE OF A DOCTOR SHOULD YOU HAVE ANY CONCERNS ABOUT THE EYE CONDITIONS MENTIONED HERE OR ANYTHING ELSE. REGULAR EYE TESTS ARE ESSENTIAL FOR CONTINUED GOOD VISION AND ALSO MONITOR THE HEALTH OF YOUR EYES.