Is it illegal to be high in public in Canada? 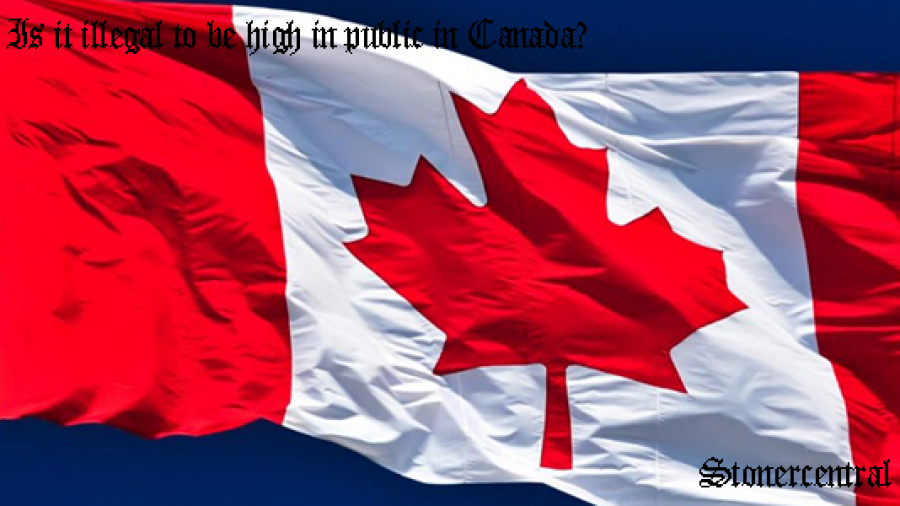 By now, it’s safe to assume that almost everyone knows Canada became the second nation to legalize recreational cannabis this past fall. Since the news broke of Canada’s progressive step, Canadians and people the world over have speculated over what the regulations for cannabis may look like. After much back and forth, a joint collaboration by Health Canada, Justice Canada and Public Safety Canada helped to finalize Canada’s federal cannabis laws and regulations. While the country’s most popular cannabis friendly provinces adopted similar measures, each was allowed to draft its own modifications to the law.

Because of this allowance, provincial laws vary at times. The more common laws that alter slightly include home cultivation and legal ages for consumption. Yet, public pot use might be the one most discussed aspects of legalization.

Stonercentral has rounded up 10 actions that will still be considered crimes now that cannabis has been given the green light.

Under Bill C-45, or the Cannabis Act, Canadians can now consume and make their own edibles, but they aren’t allowed to purchase them – yet. As the federal government works out the finer details on regulating the production and sale of food items containing cannabis, pot brownie lovers will just have to settle for baking their own at home.

The government has said that edibles will be permitted for legal sale within one year of legalization, but it’s not clear when that exact date will be or what the timeline will look like for the year ahead.

2. Selling cannabis without a license

As Canadians in nearly every province have permission to grow their own marijuana plants at home, it may be tempting to sell the occasional gram of pot to a friend or two to earn a quick buck. It’s also illegal.

Unless they’re a licensed retailer, any individual who sells cannabis to others can face steep fines and possible jail time.

To avoid punishment, it’s safer just to give the pot to others free of charge – so long as it’s less than 30 grams worth. If it’s more than that amount, an individual could be charged under Bill C-45’s distribution laws and face up to 14 years in prison.

3. Giving pot to a minor

The distribution laws under Bill C-45 state that it’s a criminal offence for anyone over the age of 18 to give or sell cannabis to a minor under the age of 18. That means that an 18 year old who passes a joint to their 17-year-old friend at a party could still be charged with distributing marijuana to a minor.

The offense is punishable by up to 14 years in prison.

Just because cannabis is legal that doesn’t mean that Canadians can now smoke up wherever they want. For example, residents in Manitoba can only consume cannabis in private residences while a number of other provinces allow it in public areas where smoking tobacco is permitted.

The rules can also vary on a municipal level, so it’s important for Canadians to familiarize themselves with the regulations in the area where they live.

5. Carrying more than 30 grams in public

Even though Canadians are allowed to store more than 30 grams of cannabis, or the equivalent in non-dried form, in their homes, they’re not allowed to travel around in public with that amount on them.

The offense is punishable by up to five years in prison, according to the Cannabis Act.

Like alcohol, driving while impaired by cannabis or any other drug will still be illegal.

Although questions remain about the accuracy of roadside tests, the current legislation says that motorists who are found to have THC levels in the blood that are higher than 2 nanograms per millilitre within two hours of driving can face punishments ranging from fines to jail time. THC is the psychoactive ingredient in cannabis.

Even though Canadians are now allowed to have a certain amount of marijuana in their possession, they’re prohibited from possessing illicit cannabis. Illicit cannabis means it was sold, produced or distributed by someone who was not allowed to do so.

For example, if someone purchases pot from an unlicensed seller, they would be in possession of illegal cannabis. Or if a grower consumes cannabis in their own home, but they have more than four plants.

Individuals found guilty of possessing illicit cannabis can be fined or imprisoned for up to five years.

Canadians can travel with up to 30 grams of cannabis on domestic flights within Canada, but they cannot bring any of it with them when crossing international borders. Even if a traveller is headed to a U.S. state where pot has been legalized, such as Colorado, it’s still illegal to carry any amount of cannabis over the border.

That goes for the other direction too. It’s also illegal for travellers to bring marijuana into Canada – despite legalization.

Anyone found guilty of importing or exporting cannabis without authorization could face fines or up to 14 years in prison under Bill C-45.

Canadians who want to share some of their cannabis by mailing it to a friend may want to reconsider. Under the Cannabis Act, it’s illegal to distribute marijuana to an organization. So although it’s permitted to give less than 30 grams of cannabis to an adult friend, it’s not OK to send it to them via the mail or a courier because organizations can’t legally possess or distribute the drug without explicit authorization.

Canada Post allows individuals to ship and receive a maximum of 30 grams of dried, recreational cannabis as long as it’s being shared among adults.

10. Possessing a flowering plant in public

Even though it’s perfectly legal to own four budding or flowering cannabis plants in a private resident – except for in Manitoba and Quebec – growers can’t travel in public with them. For example, if someone is moving, they must make sure the plants don’t have any buds or flowers on them before they transport them.

Those caught with a budding or flowering cannabis plant in their possession in public could be sentenced to up to five years in prison.