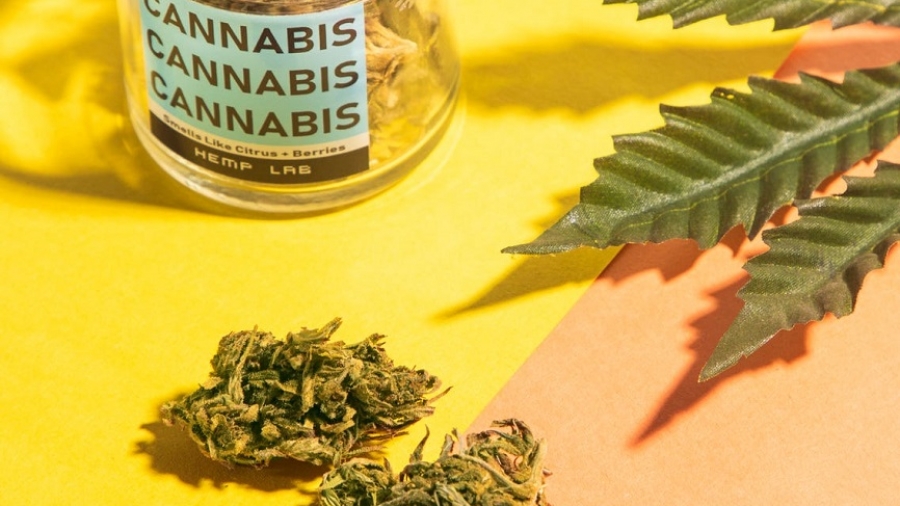 There are three main subspecies of marijuana: Sativa, indica, and ruderalis. While ruderalis strains are rarely seen other than by breeders due to their low THC content, sativa and indica strains are familiar to most cannabis aficionados.

The two subspecies are widely believed to provide users with a different type of high, with sativas being seen as more uplifting and cerebral, and indicas being more relaxing and sedating. Thanks to the different effects provided by sativa and indica weed, they are usually recommended for treating different kinds of medical conditions. They are also known for causing different side effects.

Today we will focus on indica strains and what to expect when you use them.

What is Indica Cannabis?

Indica cannabis strains originated in the mountainous regions of Central Asia. Due to the harsh climates in which they evolved, indica strains are hardy plants with a short, stocky structure and broad leaves. Compared with sativas, they have a relatively short flowering time and chunkier buds which produce a huge quantity of sticky resin. This resin is laden with cannabinoids such as THC and CBD, among others, and is ideal for making products such as hash. Some popular indica dominant strains include:

Although there are exceptions to the rule, indica strains tend to have a higher CBD to THC ratio than sativa plants. These high CBD levels are responsible for many of the medicinal benefits of indica strains. They may also be responsible for the difference in effects between indica and sativa weed, although other factors such as terpene profiles also play a role.

Generally speaking, indica strains produce a heavily sedating, full-body high. They are frequently used for relaxation and stress relief as well as to treat various medical conditions. The most popular medicinal uses of indica strains include:

You may be surprised to learn that many of the side effects of indica strains are similar to these medical benefits, but taken to the extreme. Let’s take a look at some of the most common indica side effects and why they occur.

You can definitely have too much of a good thing, especially when it comes to cannabis. Here are some indica side effects that you may experience if you overindulge in your favorite strain:

Marijuana gets us high because it contains compounds called cannabinoids, which are capable of binding with receptors (CB1 and CB2 receptors) in our body and triggering the release of neurotransmitters.

CB1 receptors are mainly situated in the central nervous system and brain and interact with THC, the molecule that causes weed’s psychoactive effects. CB2 receptors are located throughout the body and are especially concentrated in the immune system. They interact mainly with CBD, and this is the reason that CBD has such powerful anti-inflammatory effects.

Since certain indica strains have a higher than average CBD content, they can effectively relieve conditions such as chronic pain. CBD is also thought to aid sleep, another reason why many patients choose indicas, especially for night-time use.

While these effects are great if you are looking for pain relief or trying to get a good night’s rest, they can become an issue if you have things you need to get done. Indica strains are known for producing a ‘full body high.’ This means that although your mind may still be active, your limbs become heavy and you don’t feel much like moving from your comfortable spot on the couch.

The best way to avoid this problem? Simply stick to using your indica bud in the evening once you have completed all your chores. If you need relief from medical conditions during the day, try an energizing sativa strain or some non-intoxicating CBD oil instead.

An indica body high can cause lack of motivation and also lack of coordination. While high on an indica strain, you might find that you become more clumsy than usual or struggle with fiddly tasks. For this reason, you should never use an indica if you need to be alert or are in a situation where you (or someone else) could be injured.

We would never recommend that anyone drives or operates machinery while under the influence of any weed, but these activities could be even more risky with an indica strain.

While it’s true that any cannabis strain can cause the munchies, this phenomenon is especially associated with indica strains. If you are suffering from an appetite disorder or wasting syndrome, this particular indica side effect could be a beneficial thing. However, for most people, emptying the fridge every time you get high is probably not the best idea.

Cannabis causes the munchies because THC binds with receptors in the area of the brain associated with hunger and satiety. This confuses your nervous system and makes you think that you are hungry even if you have just eaten. Marijuana also influences the area of the brain associated with smell and taste, meaning food becomes even more delicious, and once you start eating, it can be difficult to stop!

If you would prefer to enjoy your indica weed without demolishing the contents of your kitchen, check out our article on how to not get the munchies when high.

One of the interesting things about THC is that in low doses, it can relieve anxiety, but in higher doses, it can cause it. Once again, it’s all to do with how the molecule interacts with the CB1 receptors in the brain. In low doses, THC can have a positive effect on neurotransmitters and bring about feelings of calm and relaxation. However, in excess, it can make your mind race, leading to increased anxiety and even paranoia.

Indica strains are less likely to cause this side effect that sativas since they may contain more CBD. Studies have shown that CBD goes some way toward counteracting the negative effects of THC and also has anti-anxiety effects of its own.

However, any high-THC strain can cause anxiety if you use too much at once or are in an uncomfortable situation. Reduce your risk of being affected by knowing your limits and only using weed in familiar surroundings with trusted friends.

Dry mouth, also known as ‘cottonmouth,’ can be a side effect of any strain with a high THC content. It happens when the cannabinoid affects receptors in the glands that produce saliva, causing production to slow down.

The best way to combat cottonmouth is by staying well-hydrated. Keep a bottle of water handy at all times, or try sucking on lemon-flavored candy to get your saliva flowing.

Indica strains are known for their relaxing, sedating effects, which can be an excellent thing for insomniacs and sufferers of chronic pain alike. They are also helpful for those trying to increase their appetite either due to eating disorders or the side effects of chemotherapy.

However, these benefits can become problematic in certain situations. If you have things to do, the last thing you want is to be stuck to the couch, bingeing on pizza, after all! The best way to avoid this is to know what to expect and be prepared.

We hope that this article has helped you to understand some of the most common indica side effects and how to avoid them. Always remember to use marijuana responsibly.

If you use cannabis regularly, you might be wondering about the long-term effects it might have on your health. The good news is that weed could actually benefit you in the long run (check this article out to learn how). However, there are some potential risks, too, especially if you consume your weed by smoking.

Although smoking weed is considered much safer than smoking tobacco, it can still cause respiratory problems such as chronic cough and bronchitis. You can decrease the risk of developing these conditions by using a vaporizer, edibles, or topical cannabis creams.

There is also the possibility that cannabis could cause psychiatric problems in susceptible people, especially those who start using from a young age. Choosing a high CBD/low THC strain should help to minimize the risk, although we would recommend that minors wanting to use marijuana discuss this with a physician first.

Finally, cannabis has the potential to interact with other medications. It is metabolized by the CYP450 pathway in the liver, as are many other drugs. This could mean that you need to increase or decrease the dose of any meds you take to compensate. Be sure to talk to your doctor about whether this could be an issue for you.