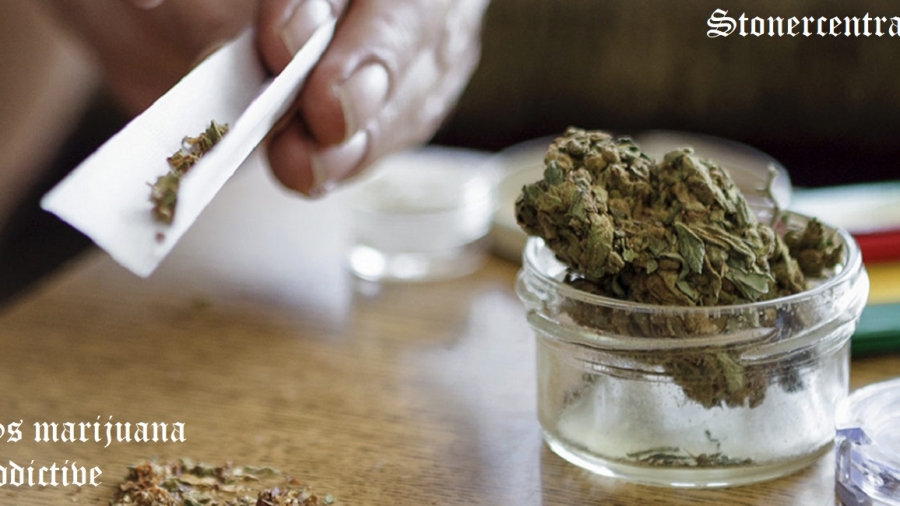 The majority of pot smokers do not develop a marijuana addiction, but some smokers do develop all the symptoms of an actual addiction after chronic marijuana use.

Most marijuana users never come close to being addicted to weed. They do not lose control of its use; they generally use the amount they want to use and when they want to use it. When they use marijuana, they get the exact results they expect and intend to get.

Weed, also known as marijuana, is a drug derived from the leaves, flowers, stems, and seeds of either the Cannabis sativa or Cannabis indica plant. There is a chemical in the plants called tetrahydrocannabinol (THC) that has mind-altering properties.

According to the National Institute on Drug Abuse (NIDA), marijuana is the most commonly used illicit drug in the United States. Although nine states, plus Washington, D.C., have legalized marijuana for general use and 29 others have legalized medical marijuana, many more states still consider it to be an illicit substance.

Marijuana, and THC in particular, has been shown to reduce chemotherapy-induced vomiting and nausea for people going through cancer treatment. It can also help to reduce nerve damage pain (neuropathy) in people with HIV or other conditions.

The fact that most users never develop an addiction doesn’t mean that it never happens. Some marijuana users will exhibit all the classic behaviors of someone who has an addiction.

Users who begin smoking marijuana before they reach the age of 18 are four to seven times more likely to develop a disorder compared with those who wait until after 18 to smoke, according to the NIDA.

A substance use disorder starts in the form of dependence, or experiencing withdrawal symptoms when the drug is stopped or not ingested for a period of time. Dependence occurs when your brain gets used to weed being in your system and, as a result, reduces its production of endocannabinoid receptors. This can result in irritability, mood swings, sleep problems, cravings, restlessness, and lack of appetite for several weeks after stopping. This is different than addiction.

Addiction occurs when a person experiences changes in their brain or behavior as a result of the drug. It’s possible to be dependent without being addicted, so there aren’t reliable statistics on marijuana addiction, says NIDA.

In 2015, approximately 4 million people met the diagnostic criteria for a marijuana use disorder. According to the National Institute on Alcohol Abuse and Alcoholism, that same year, approximately 15.1 million adults in the United States over the age of 18 met the criteria for alcohol use disorder. In 2016, the Centers for Disease Control and Prevention (CDC) found that approximately 37.8 millionTrusted Source adults in the United States currently smoked cigarettes.

The NIDA also reports that the higher potency of marijuana available today may be another factor in the rising number of people who develop a problem. Marijuana confiscated by law enforcement today contains an average of 9.6% of THC compared to 3.7% in weed confiscated in the 1990s.

Marijuana that is consumed in products that are made from marijuana extract can contain from 50% to 80% THC. Researchers are investigating if higher potency is the reason for an increase in emergency department visits by people testing positive for marijuana.

There is a difference between marijuana abuse and marijuana dependence. These terms were the way that substance related problems were previously defined until the DSM-5 classified these patterns under the broader label of substance use disorders. Marijuana abuse occurs when someone continues to use the drug despite negative consequences, such as losing a job, poor academic performance, or getting arrested.

Someone who becomes addicted or dependent upon marijuana has a cannabis use disorder, but will also display some of the classic behavioral symptoms of addiction:

Most experts agree that dependence on a substance is accompanied by a build-up of tolerance to that substance, requiring increasing larger amounts, and withdrawal symptoms when someone stops using the substance. Most marijuana smokers do not experience either tolerance or withdrawal.

Most early research into marijuana addiction revealed that marijuana use rarely produced tolerance and withdrawal. But the marijuana that is available today is more powerful than the marijuana of the 1960s, containing higher levels of the active ingredient THC.

Researchers believe that because today’s pot is much more potent it makes it more likely to develop physiologic dependence in some users.

Even if not physically or chemically dependent on marijuana, some users will at the very least develop a psychological dependence upon the drug.

As with most substances of abuse, people who abuse marijuana usually decide to seek help when their use of the drug becomes painful due to increasing negative consequences. Many who seek treatment for marijuana do so due to pressure from family, friends, schools, employers or the criminal justice system.