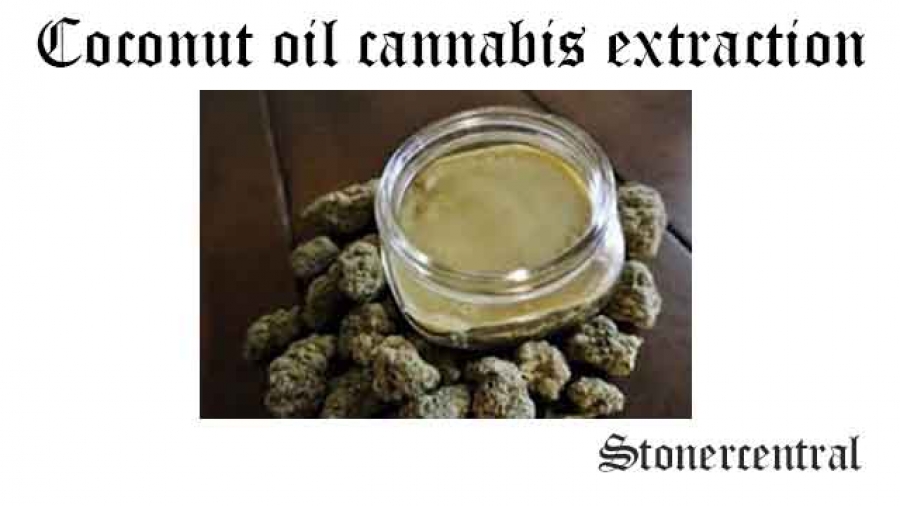 Another fantastic benefit of using coconut oil is it will remain solid at room temperature. This makes it a great medium for using as a topical agent. Furthermore, its solid state allows the oil to be easily stored via gelatin capsules, a widely popular and highly effective method of consuming cannabis.

Gelatin oil capsules are so simple and easy to make at home—the ingredients can be purchased from just about any pharmacy or online, making for a fun and simple DIY project.

How to make cannabis-infused coconut oil

Aside from the fact that you can purchase coconut oil relatively inexpensively from just about anywhere, the process of decarboxylating and infusing cannabis into coconut oil requires only a few simple ingredients and can be done at home with minimal effort.

How to use cannabis coconut oil

Once you’ve got an infusion of coconut oil, the uses are endless!

Expect to see coconut oil remain a staple in future cannabis infusions across the market. As major brands continue to innovate, coconut oil should thrive on the ingredient lists of more products to come.

If, however, you don’t have access to a dispensary near you or want to try a fun DIY with your own material, you can always make your own at home. Trust us, you’ll go coconuts for this stuff!

Why should I choose to make cannabis infused coconut oil?

Excitingly, nutritional potency is another characteristic of this unique oil. According to this article, coconuts contain ingredients that support bone health. Apparently, it may even assist in regulating blood sugar. That sounds like a worthy addition to weed edibles! Furthermore, this oil is straight up delicious! The subtle hint of savoury cannabis mixed with sweet coconut rounds out dishes beautifully.

Coconut oil comes in a variety of different types, and which one you choose can have a significant impact on how your edibles turn out.

Typically the result of an expelling process, virgin coconut oil is the natural, otherwise unaltered oil of the coconut – Again, expect it’s mild coconut scent and taste to carry over to your end product.

This oil has a rather low smoke point (only 350°F) meaning it can be good for lower-heat applications like sauteing or in baked goods but is unsuitable for high-heat tasks like basting or deep frying. If kept in a dark, cool location you can expect virgin coconut oil to have a shelf life of two to three years.

After expelling the oil from the coconut meat it is then sent through a refinement process that can take several steps. Typically the oil is heated for deodorizing purposes and then filtered to remove impurities and strip away bacteria – This gives it a much higher smoke point (near 425°F) and no overt flavor. Expect refined coconut oil to have a shelf life of around six months.

This is coconut oil that has been partially hydrogenated to help increase it’s solidity and shelf life in warmer environments. Unfortunately the hydrogenation process also creates trans fats, which as nearly any medical professional will tell you are terribly unhealthy. Staying away from hydrogenated oils of any type is usually a smart decision.

Part of the fad “keto diet” wave, the “MCT” in “MCT Coconut Oil” stands for “medium-chain triglycerides”. MCTs are saturated fats that contain a shortened chain of carbon atoms, enabling them to be processed more quickly (and thus release energy faster) than fats with a long chain of carbon atoms – Health benefits to this are somewhat outside the scope of our article/website, but when combined with a diet that forces the body into ketosis these medium-chain triglycerides can be beneficial.

Is Coconut Oil Healthy For Me?

So, do your own research here, but in our opinion, absolutely not. The claims of coconut oil being healthy are misleading, to put it mildly, and only really stand up in a comparative sense. Is coconut oil healthier than, say, vegetable shortening? Sure, but only in the same way sunbathing for days on end is healthier than literally standing inside Chernobyl.

Coconut oil is loaded with saturated fats – Compare 100 grams of coconut oil (82.5g of saturated fat) to the same amount of lard (39.2g) or olive oil (13.8). Lauric acids, MCTs and other healthy benefits aside, the sheer fat content of coconut oil outweighs any potential it has as a “healthy” food.

That doesn’t make it any less tasty, though, and to be quite frank some days you want to feel that artery-clogging goodness in your baked goods. Just understand the health risks of coconut oil, and try keep it to occasional usage as part of a healthy lifestyle, and you’ll be fine.

Now let’s talk infusion. First we’ll outline a simple, basic cannabis-infused coconut oil recipe – Afterwards, we’ll go through how the technique may differ depending on what type of cannabis material you’re infusing into your oil.