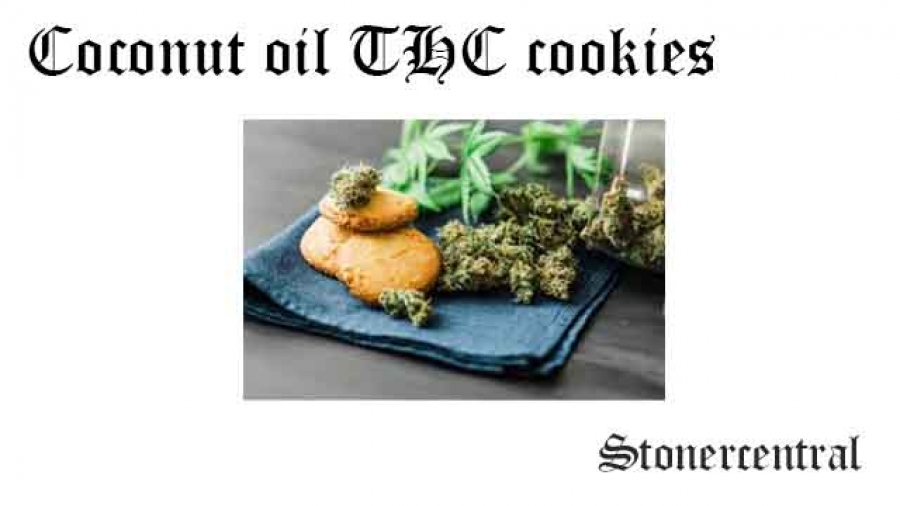 by contentsec
with 6 comments
All about weed
0

Baking sweet treats is serious business around the holidays. The oven is basically a revolving door with trays of stacked cookies flying in and out. We ain’t complaining.

And whether you’re a purist with a family recipe that still shines or a new baker looking for something bold to whip up, there’s a special batch you may want to consider. Yep, we’re talking cannabis cookies.

We’ve put together a list of standout edible cannabis recipes you can bring to any holiday party .

The creaminess of a coconut almond macaroon or the kick of a gingersnap will mask the taste of cannabis, leaving your strait-laced uncle to ask, “Is there even weed in here?” while reaching for his third and seeing a lot of purple or something.

Why is coconut oil popular for cannabis infusion?

How to make CBD coconut oil

For those who don’t want the effects of THC in their infused coconut oil, you can infuse it with CBD instead. Simply follow the recipe above but use CBD flower instead of THC flower to get the health benefits of CBD.

Topped with a layer of weed-enhanced caramel frosting, these molasses-spiked morsels are the sweets you never expected would find their way into your holiday baking — but are glad you gave em’ a shot.

Think of them as the perfectly spiced gingersnaps grandma used to make, only with something a little extra that grandma would never have thrown in.

Made with cinnamon, molasses, and ginger, the tasty delights only need 10 minutes in the oven. One batch makes 30 cookies, so put on a pot of tea, throw these in the oven, and freeze any leftover dough for next time.

If you need a break from classic gingerbreads, we hear you. There’s definitely a time and place for crispy snowflake-like cookies with a different kind of look and zing — one of fresh orange zest and almond.

They’re drizzle-coated with chocolate, so, as you can imagine, that combination is killer. These treats are vegan and gluten-free too, made with coconut oil, coconut milk, gluten-free all-purpose flour, and brown rice syrup.

But, as another reminder before licking the delicious spoon too many times — there’s definitely cannabis-infused coconut oil in here. So if you want to finish the bake without getting baked, then it might be wise to refrain from spoon-lickage.

Usually sneaking a chunk of cookie dough means risking the chance of a belly ache after eating raw egg. Not today, belly bother!

You can store them up to a week in an airtight container, which is also ideal for a cookie you should refrain from devouring more than one or two of at once.

Coconut oil is an accessible and versatile base for creating strong cannabis infusions, topicals, and medicinal edibles because of its high saturated fat content. It’s capable of extracting up to 82% of cannabinoids.

You can do almost anything with cannabis infused coconut oil – like make this cannabananna bread!

Coconut oil is adaptable to different diets, including ketogenic, vegan and paleo and just plain tastes really good.  If you don’t have a coconut allergy, making coconut oil infusions is also a great way to ingest cannabinoids.

I spent almost a year of my life trying to put coconut oil in every edible and topical I could think of (and ended up writing several books about it).