Why Weed Makes you Super Hungry 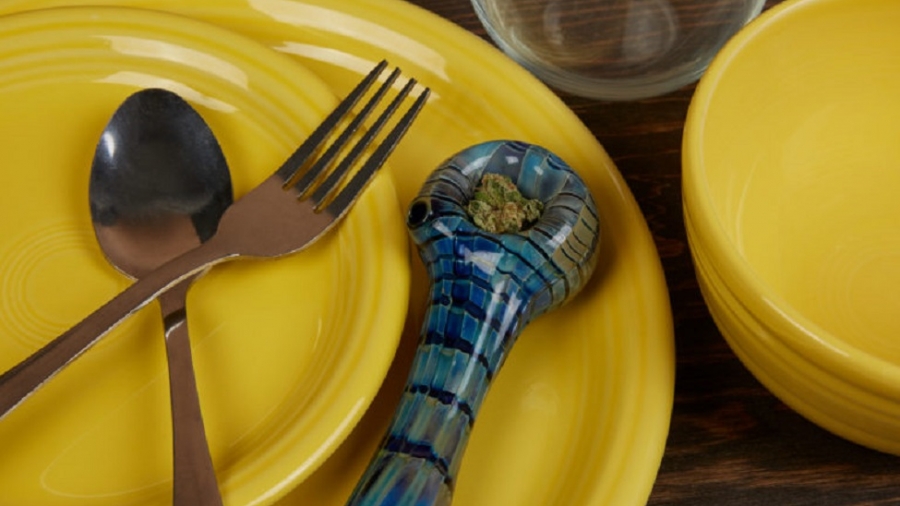 Have you ever smoked a joint only to have a serious case of the munchies suddenly kick in? Specifically, you may have experienced cravings for salty or sugary junk food and wondered why your body was reacting to weed with a snack attack. Here, we’ll cover how your body knows when to eat, why weed can make you feel hungry, and how cannabis may help both patients looking to gain weight and non-patients looking to maintain their weight.

If you’ve ever smoked weed, chances are you’ve felt pretty hungry afterwards. Maybe you even said, “I’m starving” as you plowed through a Nachos BellGrande, a Quesarito Combo, and a Crunchwrap Supreme.

Well, you were right—you were starving. Or at least, your body thought you were. And that’s because of tetrahydrocannabinol, also known as THC, which is the main psychoactive component in marijuana.

A 2015 study conducted on mice by researchers at the Yale School of Medicine found that THC flipped a switch in the rodents’ brain circuitry, making them feel hungry rather than full.

“By observing how the appetite center of the brain responds to marijuana, we were able to see what drives the hunger brought about by cannabis and how that same mechanism that normally turns off feeding becomes a driver of eating,” said Tamas Horvath, the study’s lead author.

“It’s like pressing a car’s brakes and accelerating instead,” Horvath explained. “We were surprised to find that the neurons we thought were responsible for shutting down eating, were suddenly being activated and promoting hunger, even when you are full. It fools the brain’s central feeding system.”

Assuming that THC has a similar effect on humans, it’s easy to understand how smoking weed would produce insatiable cravings for anything and everything.

But that’s not the only science at work when it comes to getting the munchies: THC also binds to cannabinoid receptors known as CB1s in the brain’s olfactory bulb, making food aromas more intense, which increases your perception of flavor. So not only are you convinced that you’re ravenous, but things smell and taste better than they do when you’re not high, which is kind of a double whammy.

While this all may be a little annoying if you’re trying to cut back on your fast-food intake, the link between hunger and THC is potentially great news for people who have trouble eating due to illness or other medical reasons. For instance, marijuana has been shown to be an effective appetite stimulant in cancer patients. If researchers know exactly what causes that appetite surge, they may be able to use the munchies to benefit those who need it.

How the body normally signals hunger

Under normal — aka sober — circumstances, your body feels hunger as the product of four different factors. According to the University of Michigan Department of Medicine, those four factors are:

These same factors also indicate when your body is full. Appetite, however, is a slightly different concept from hunger. Unlike genuine hunger, appetite can be stimulated by the smell of a fresh-baked plate of chocolate chip cookies or a steaming bowl of ramen. Your appetite can also be affected by a stressful situation that makes you want to indulge in one of those cookies — or turn away from food altogether.

So, how does weed signal to the brain that it’s time to grab a handful of potato chips? Dr. Melanie Bone, a board-certified OB-GYN and cannabis specialist, explained, “The mechanism by which cannabis stimulates appetite seems to be through production of a hormone called ghrelin. This hormone acts on the appetite centers in the brain to stimulate hunger. In addition, the cannabinoids can impact taste and smell. The combination is beneficial for those who are having trouble getting interested in food at all.”

Thanks to its reputation as an appetite stimulant, many patients seeking to gain weight have turned to weed for help. Though it’s not just weed’s appetite-stimulating abilities that may help patients gain weight. As Dr. Bone explained, “Patients who experience weight loss and poor appetite are often scolded, cajoled, bribed, and pressured by their friends and family to eat more. This is done lovingly, but it causes anxiety and stress around food and can often worsen the problem. CBD and CBG may help to manage the psychosocial issues surrounding eating by reducing anxiety.”

What’s an incentive for some may be a deterrent for others. Patients who start a medical marijuana regimen for reasons other than appetite stimulation may be concerned about the potential weight gain. “As a cannabis practitioner, many of the patients coming in for a consultation about medical marijuana have only one request: they don’t want to get fat,” said Dr. Bone. “They regale me with stories of their college days when they got high and got the munchies. It is true that cannabis can cause an increase in appetite, but long-term users tend to have normal-to-low body weight. Why is that?”

To answer this question, Dr. Bone took us back to 1985 when a drug called Dronabinol was legalized to treat weight loss and wasting in patients with HIV/AIDS. Dronabinol, a synthetic form of THC, is now used for chemotherapy-induced nausea and vomiting as well as cachexia, or cancer-related weight loss.

According to a 2018 study published in the journal Therapeutics and Clinical Risk Management, Dronabinol may help in the management of anorexia and weight loss in AIDS and cancer. The authors of the study concluded that, “The use of oral dronabinol solution may provide an additional treatment option in patients experiencing anorexia and/or weight loss in HIV/AIDS or cancer.”

So, many long-term cannabis users may simply be average or underweight to begin with. But what about people who are not fighting weight loss? There’s evidence to suggest long-term cannabis consumers may also be able to manage their weight more effectively than non-consumers.

Despite the fact that cannabis can temporarily stimulate appetite, there are exceptions to the rule, especially for long-term consumers. While the immediate onset of the munchies may be unavoidable, the cannabinoids present in cannabis could actually serve to reduce anxiety, thereby potentially decreasing appetite as well as Body Mass Index (BMI).

There is also research to support the notion that long-term cannabis consumption may indirectly affect the waistline. According to a 2018 article published in the journal Cannabis and Cannabinoid Research, some cannabis consumers may have reduced body mass index and obesity rates. The researchers asserted that, “For many patients, cannabis may be a better option for weight loss than surgery or pharmaceuticals.”

Several reasons may account for this possibility. Dr. Bone stated, “Researchers reviewed a lot of different data and concluded that there is a relationship between long-term use and normal body mass index. They propose that it’s less of a direct effect of cannabinoids than an indirect effect. For example, they posit that decreasing anxiety leads to less snacking, and it reduces stress, which lowers the secretion of hormones that tend to drive appetite and weight gain. Another theory is that it helps with sleep and more and more data point to the need for good sleep to maintain ideal body weight.”

Stress and anxiety reduction along with enhanced sleep quality may all help long-term cannabis consumers regulate their weight and avoid extreme fluctuations.