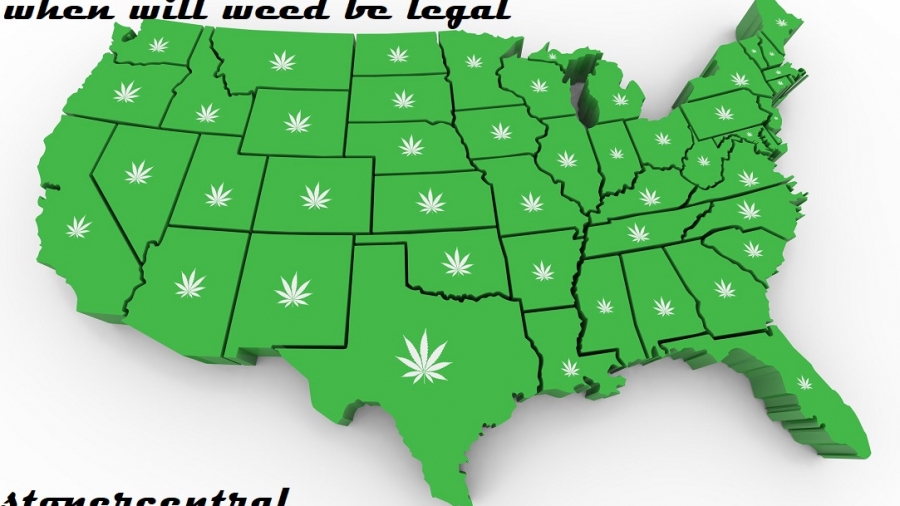 Voters approved a slew of marijuana legalization initiatives during November’s election—in states around the country and across the political spectrum—but activists aren’t slowing down. They expect that 2021 will see another surge of reform in state legislatures.

The state-level legalization movement has demonstrated that there’s strong, bipartisan support for the policy change. Lawmakers are increasingly taking note of voters’ appetite for reform as demonstrated at the ballot box, and there are already signals that the new year could see significant developments on the issue in states across the country.

“2020 was an unprecedented year in many ways, including for marijuana reform at the federal and states levels,” Carly Wolf, state policies director for NORML, told Marijuana Moment. “The election results prove even further that medical and adult-use legalization holds widespread support from those across all geographic and political spectrums.”

Marijuana Moment previously analyzed the most likely states to place legalization on their 2022 midterm ballots, but that doesn’t mean advocates will be waiting two years to put additional reform notches on their belts.

“November’s clean sweep of marijuana initiatives will help propel neighboring states’ legislatures to get their own bills past the finish line in 2021,” Karen O’Keefe, director of state policies at the Marijuana Policy Project (MPP), told Marijuana Moment. “These victories—in blue, red, and purple states—reflect the overwhelming popular support for legalization and a huge missed opportunity for states that fail to act.”

Here’s a breakdown of which states could legislatively advance reform in the new rear, with those most likely to legalize recreational marijuana listed first, followed by those that are somewhat longer shots when it comes to ending prohibition and then those where medical cannabis stands a good chance of being enacted:

There have been repeated attempts to legalize cannabis in Connecticut, but none have gotten over the finish line so far. And while it’s no guarantee, the incoming speaker of the House said in November that he feels there’s a “50-50 chance” that the reform will finally be approved in 2021.

Those increased odds are due in large part to the fact that marijuana policy in the region is rapidly evolving, putting pressure on the state to adopt new laws on the issue to match those of its neighbors.

Gov. Ned Lamont (D) said that legalizing marijuana in his state will bolster public health amid the COVID-19 outbreak by preventing cannabis tourism to surrounding states.

Lamont and other top policymakers in the region have similarly said that the passage of a cannabis legalization referendum in neighboring New Jersey underscores the need for their states to advance the reform in a regionally coordinated manner.

Democrats increased their majority in Connecticut’s state legislature in November’s election, boosting the chances that legalization can succeed in 2021. The governor said the policy change is “on the table” and that it could bring in needed tax revenue.

If the legislature fails to act, top Democratic lawmakers recently said they will take the issue to voters through a proposed constitutional amendment on the ballot in 2022.

New Mexico is another state where lawmakers have tried to no avail to enact legalization in past sessions, but top legislators—as well as the governor—are optimistic about their prospects in 2021.

House Speaker Brian Egolf (D) said that the legislature will again attempt to advance the reform next session, for example. A bill to legalize cannabis for adult use passed one Senate committee in January only to be rejected in another before the end of the short 2020 session.

Lujan Grisham, who formed a working group to study the impact of legalization in 2019, made a similar argument in April, noting that the reform could generate $100 million in annual revenue.

In May, the governor signaled that she may actively campaign against lawmakers who blocked her legalization legislation in the 2020 session and said in February that she’s open to letting voters decide on the policy change via a ballot referendum if lawmakers can’t get a bill to her desk.

Marijuana legalization was included as a legislative priority for Lujan Grisham as part of the regular session. That didn’t materialize, however.

In 2019, the House approved a legalization bill that included provisions to put marijuana sales mostly in state-run stores, but it later died in the Senate.

Adding pressure on lawmakers to get legalization done in the new year is the fact that voters in neighboring Arizona overwhelmingly approved the policy change in November. Also, cannabis is expected to be legalized across the border in Mexico, with lawmakers facing a Supreme Court mandate to end prohibition by April 2021.

The legalization effort in the state may also get a boost from the results primary elections in which several Democratic lawmakers who had opposed the reform were ousted by progressive challengers.

Advocates are strongly pushing New York to finally legalize marijuana for adult use. Gov. Andrew Cuomo (D) in recent years has become a major backer of the policy change, but the legislature has declined to advance reform legislation despite him including it in his last two budget requests. While leading lawmakers also support legalization, the effort has stalled over disagreements on details such as taxes and revenue allocations.

In December, the governor discussed the fiscal benefits of legalizing cannabis, as a group of progressive organizations and lawmakers separately included marijuana reform in a package of criminal justice measures they want prioritized.

2021 seems to be shaping up to be a more productive year for enacting the policy change, especially after voters in neighboring New Jersey approved legalization at the ballot box in November.

The top Republican in the New York Assembly said that he expects the legislature to legalize cannabis in the coming session, for example.

Senate Majority Leader Andrea Stewart-Cousins (D) said that she also anticipates that the reform will advance in 2021, though she noted that lawmakers will still have to decide on how tax revenue from marijuana sales is distributed.

Cuomo said that the “pressure will be on” to legalize cannabis in the state and lawmakers will approve it “this year” to offset economic losses from the coronavirus pandemic.

“You have such a [budget] gap now,” he said. “I think it’s going to be an easier conversation.”

A top aide also confirmed in October that the administration planned to give legalization another try in 2021, and the governor said in a separate recent interview that he felt the reform would be accomplished “soon.”

Senate Democrats are on better footing to advocate for policies they favor since they secured a supermajority during the recent election. If Cuomo were to veto any bill over details he didn’t like, they could potentially have enough votes to override him.

And while there are still some disagreements about what a legal market might look like—with some pushing for a state-run model and other favoring a more traditional commercial system—there are already plans in the works to advance reform.

Senate President Dominick Ruggerio (D) recently said that he asked Majority Leader Michael McCaffrey (D) and Sen. Joshua Miller (D), who has led efforts to legalize in past sessions, to work out the details for a marijuana bill for the new legislative session.

“The time has come to legalize adult cannabis use,” McCaffrey said in November. “We have studied this issue extensively, and we can incorporate the practices we’ve learned from other states.”

Also that month, the Senate Finance Committee held a hearing to begin formal consideration of Gov. Gina Raimondo’s (D) proposal to legalize marijuana through a state-run model, which she originally included in a budget proposal last January before the pandemic. The governor has argued in the past that the public model “will allow the state to control distribution, prevent youth consumption, and protect public health.”

Incoming House Speaker Joseph Shekarchi (D), meanwhile, said that he’s “absolutely” open to the idea of cannabis legalization and that his chamber is “very close” to having majority support for the change.

“The governor feels maybe it should be state-run like they do in New Hampshire with the liquor stores,” he said. “I think maybe we can look at a private model.”

Those comments reflected much of the discussion at the recent Senate hearing, where lawmakers largely focused their comments on how the state should legalize rather than whether it should.

Raimondo also put legalization in her earlier 2019 budget, but that proposal did not include the state-run model.

Meanwhile, Shekarchi also recently said that while he doesn’t have “a particular leaning” on marijuana reform, he plans to establish a House task force to look at the issue.

In December, the governor of Virginia unveiled a budget proposal that “lays the groundwork to legalize marijuana” by including millions of dollars to support efforts to expunge cannabis convictions as well as steps to set up the state to eventually implement a system of commercial sales.

Gov. Ralph Northam (D) had campaigned on merely decriminalizing possession, but he publicly backed broader legalization of marijuana for adult use in November, just as a legislative commission issued recommendations on how to most effectively enact such a system.

Separately, a working group comprised of four Virginia cabinet secretaries and other top officials submitted marijuana legalization recommendations to the governor and lawmakers, and that included investing in social equity and expunging prior cannabis convictions. Their report was required as part of a cannabis decriminalization bill that the governor signed in 2019.

Meanwhile, legislation to stop police from searching people or seizing property based solely on the smell of marijuana in Virginia is set to take effect after lawmakers adopted recommended changes from the governor in October.

Also during the recently concluded special session, Northam signed another bill that will allow people issued summonses for cannabis offenses under the state’s new decriminalization law to prepay their civil penalty rather than having show up in court.