What's Sativex And How Does It Differ From Medical Cannabis? 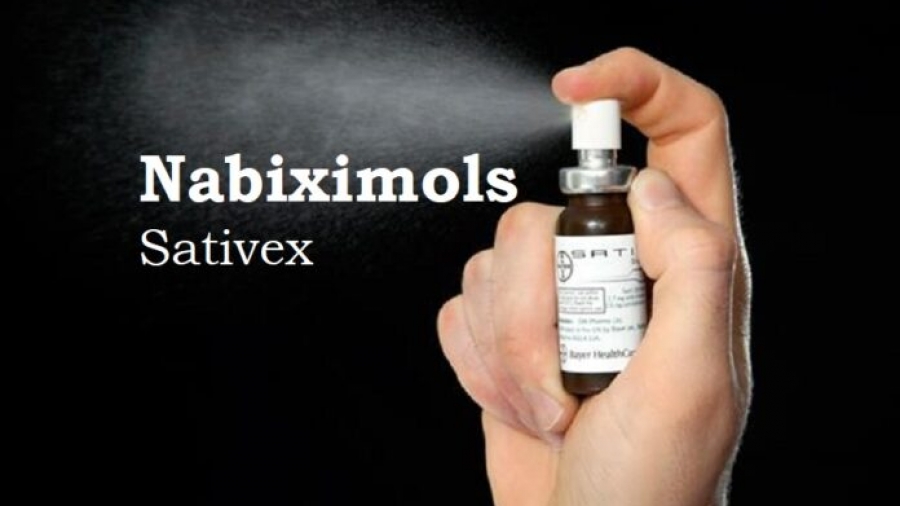 Sativex delivers doses of THC and CBD in the form of an oral spray. The formula has proven effective when people use it to multiple sclerosis and neuropathic pain. However, medical cannabis buds offer a vast array of complementary cannabinoids and terpenes. So, how do the effects differ between the two? Discover the similarities & contrasts below.

Although cannabis remains prohibited in much of the western world, patients can access pharmaceutical preparations under certain circumstances. Companies have developed fast-acting formulas that contain varying levels of cannabinoids to manage the symptoms of complex chronic pain conditions and disorders such as epilepsy.

As one such medication, Sativex contains multiple cannabinoids and shows promise in the treatment of complex health conditions where other treatments and modalities fail. Find out more about this cannabis product below.

What is Sativex and What’s It For?

Sativex, also known as nabiximols, harnesses a duo of cannabinoids to relieve the symptoms of several medical conditions. It comes in the form of an oral mucosal spray, with each 10ml bottle containing precisely 270mg of THC and 250mg of CBD.

The cannabis-based medicine stands as the first to be licensed in the United Kingdom. Patients also have access to Sativex under special circumstances in Spain, Germany, Switzerland, and elsewhere.

Currently, Sativex remains somewhat restricted. In most countries, only consult specialists in neurology and pain can prescribe the drug, and only specific conditions meet the criteria for a prescription.

Whether you’re looking to obtain a Sativex prescription, or simply want to learn more about cannabis-based preparation, discover everything you need to know about the medicine below.

In case you’re curious about the origins, it’s worth noting the British biotechnology company GW Pharmaceuticals created Sativex. Founded in 1998, the company is one of few in the UK to hold a cultivation license that enables them to grow, possess, and supply cannabis in the name of scientific research.

The company also receives plant material from British Sugar, who own massive greenhouses devoted to growing legal cannabis in the county of Norfolk. Although the UK government currently categorises cannabis as a Class B drug, the country stands as the largest exporter of cannabis-based medicines in the world.

The biotechnology giant Bayer secured the rights to market Sativex within the UK, and has the option to extend these rights in Europe and Canada.

How Does Sativex Work?

Sativex works by rapidly introducing cannabinoids into the bloodstream. The spray administers the solution to the oral mucosa, through which cannabinoids rapidly diffuse. Some of the solution also makes its way into the digestive tract after being swallowed, resulting in longer-lasting but amplified effects.

The active constituents of Sativex work primarily by interfacing with the endocannabinoid system, or ECS. This network of receptors exists throughout the body, including the central and peripheral nervous system. THC binds directly to a component of the ECS called the CB1 receptor, an action that appears to influence the body’s perception of painful stimuli

Interestingly, CBD has a low affinity for both the CB1 and CB2 receptors. Instead, it manages to interface with the ECS by blocking enzymes that break down the endocannabinoid anandamide. Much like THC, anandamide binds to the CB1 receptor and may help to counter painThere may be other factors in play there, however, and further clinical trials are needed to confirm these ideas.

CBD also activates the TRPV1 receptor, a site that contributes to the expanded endocannabinoid system. Through this pathway, the molecule may help to manage pain and inflammation. As with the point we just brought up, though, we need further clinical studies to confirm this is exactly what’s happening.

What is Sativex Used For?

Throughout the UK, Europe, and Canada, specialists can prescribe Sativex for the relief of multiple sclerosis symptoms and the treatment of severe neuropathic cancer pain.

Characterised by an autoimmune response that attacks the nervous system, multiple sclerosis results in symptoms such as fatigue, vision problems, cognitive issues, and numbness and tingling. Muscles stiffness and spasms also frequently affect those with the condition. Sativex appears to relieve the spasms associated with multiple sclerosis. A clinical trial published in 2006 found the formula to be effective for spasticity and pain related to the condition.

However, real-world data reveals that some patients don’t tolerate the psychoactive effects of Sativex well. A large study conducted in Italy collected data from 30 multiple sclerosis centres in the country between January 2014 and February 2015. The researchers found that 631 out of 1597 patients stopped using Sativex due to the cognitive side effects.

Despite this, further observational data shows that Sativex also helps many patients in real-world scenarios. Research published in the journal Therapeutics and Clinical Risk Management documents that 80% of patients benefited from Sativex treatment, 60% continued treatment, and only 30% discontinued Sativex due to side effects or lack of effectiveness.

Sativex® has undergone many clinical trials for a variety of medical conditions. It is currently approved for the treatment of spasticity related to multiple sclerosis, after demonstrating success in double-blind, randomized, placebo-controlled clinical trials in humans. However, those with rare muscular conditions like ganglia necrosis have also found success with this drug.

Patients in Canada are able to access Sativex for the treatment of cancer pain. Though, clinical trials in the United States have failed to prove that Sativex® effectively alleviates pain from cancer or chemotherapy. Early trials of the drug in cancer patients were successful, yet the spray didn’t make the cut in later trials.

Although Sativex® can produce a slight psychoactive effect, there is no evidence that users have developed a tolerance for the drug over a one-year period.

GW Pharmaceuticals hopes that drugs similar to Sativex® will treat a number of other medical conditions, including epilepsy, cerebral palsy, schizophrenia, and cancer. Further clinical trials are sure to dominate the new world of cannabis-based pharmaceuticals in the upcoming years.

Is Sativex the same as cannabis?

Sativex is a formulated pharmaceutical drug that contains real cannabis-derived compounds. While some might argue that the drug is more or less a fancy and expensive cannabis tincture, this product has a few key differences.

For one, the compounds included in Sativex® have been specially formulated for success in multiple sclerosis. This product has also undergone rigorous clinical trials to ensure that it is safe and effective at easing related symptoms such as spasticity and pain.

As a standardized pharmaceutical drug, Sativex® also delivers a consistent and reliable dose. Every spray is measured and provides a specific ratio of cannabinoids.

In general, however, the cannabis plant likely contains far more chemical compounds than a formulated pharmaceutical like Sativex®. The herb can produce over 400 different phytochemicals, including over 113 different cannabinoids. Researchers are only just beginning to figure out what these cannabinoids are and how they interact with each other and with other chemicals in the body.

For this reason, many patients take the risk of consuming a full-extract medical cannabis oil made in small batches from real plants over a spendy pharmaceutical. There is a growing movement of patients who advocate that “whole plant medicine” is the new direction for medical cannabis products. Though, whether or not this is safe or helpful is up to individual preference and is subject to debate.

Generally speaking, here are the pros and cons of choosing nabiximols over cannabis:

Does Sativex cause problems with memory, thinking or mental health?

Cannabis causes problems for some people with their memory, thinking or mental health, or they become dependent on it. But these problems aren’t seen in people who use Sativex, despite it having THC in it.

But you shouldn’t take Sativex if you’ve had certain serious mental health problems.