What is Water-Soluble THC? 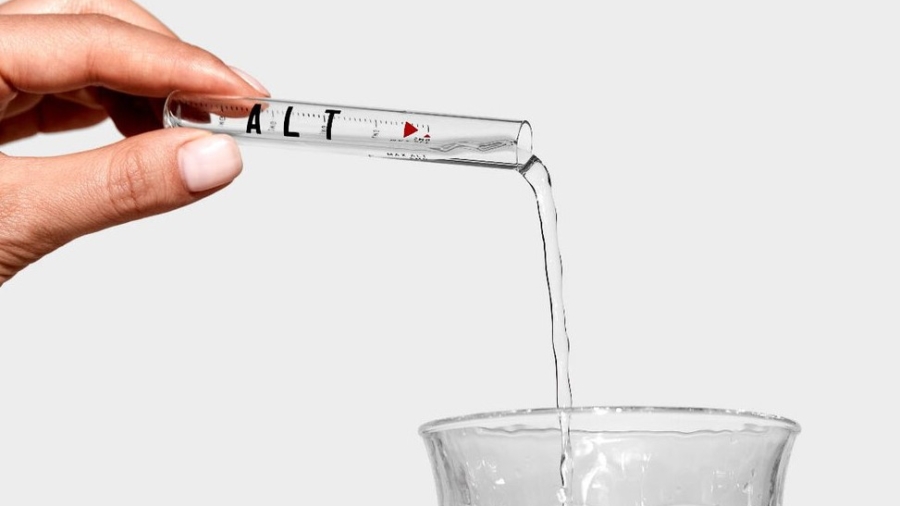 The cannabis brownie has reigned supreme for decades. Its reputation as the ubiquitous representative of cannabis consumables went relatively unchallenged. Butter and fats seemed like the only way to contain the oil-soluble cannabinoids in cannabis. Pure Green hopes to change that.

THC is not itself water soluble. Instead, there is a food-chemistry process by which the THC molecules are bound to a substance that is water soluble. There are multiple products out there that use this approach.

You can infuse cannabis into liquids like milk or coconut milk, but these are less than ideal solvents seeing as they have a higher water content and thus will have a higher level of polarity. When extracting THC from cannabis, you need to use non-polar solvents. This is a basic fact of cannabis chemistry and is about as immutable as death and taxes.

If your goal is to have a water soluble cannabis product then I would recommend purchasing these products from a regulated dispensary that sells professionally manufactured products designed to be used in water-based edibles. If you live in a state that is still under a prohibitionist-based legal structure then you may have to give up on water soluble THC products for the time being.

Processed foods are more difficult for the human body to process. Junk food doesn’t belong in the average diet. People forget that oil is a heavily processed food. Goldner said, “It took six or eight minutes to figure out that using fats is undesired because people don’t do that well with oil. You’re okay with a cup of water that’s flavored. You wouldn’t do that well with a cup of 30 weight oil. You wouldn’t do that well with a thimble full of oil, either. Since my goal was to make good medication for people and not make them sick, I needed to change the molecule from being oil-soluble to water-soluble. Like they said in the movie ‘Men in Black,’ you’re essentially a sack of water with some protein thrown in.”

Before entering the cannabis space, Goldner enjoyed a storied career. At 22, he co-invented methadone to get an A on a grad school project in New York. He then had to drop out of school to raise the money for the drug so the school could get a grant worth five million dollars. Creating a water-soluble cannabis product didn’t stagger him.

“I’m a chemist,” Goldner admitted. “There are about four ways to make oil-soluble drugs water-soluble. I picked the fourth because most people wouldn’t think of it. I thought it would get me a patent because I need to control this; otherwise, people will rip it off. I figured out how to make it water-soluble. I talked to another chemist in Ann Arbor, and he said “yeah, I get that. Here’s how we do it.” Took us, ah you know, a good 15 minutes of conversation.”

With the charm of Cinderella, Goldner explains Pure Green’s process with the analogy of a carriage. They take the cannabinoids, surround them, then build a sphere around each cannabinoid. These spheres are made of outward-facing, water-soluble molecules. The body processes these molecules as water instead of oil. The sphere is the carriage, and the cannabinoids are the rider.

“This carriage carries the molecule from the tablet on your tongue until it hits the epidermis, either your tongue or the inside of your mouth,” Goldner said. “The surface tension bursts like a bubble. The molecules flood out, attach to the skin, and get absorbed in about five seconds. That’s just the way it goes, that’s what the body does, I didn’t invent that part.”

The carriage is made of aliphatic groups structured that resemble water. The cannabinoids are made stable because the inward-facing molecules are oily, meaning the part of the tablet closest to the cannabinoids can stabilize them, while the outward-facing parts of the carriage are absorbed by the body.

So when people mention the term “water soluble”, they truly mean “cannabinoids that have been broken down to such small sizes that they immerse evenly throughout water based mixtures.” This is also known as nano-immersive technology. For the sake of this discussion, we’ll move forward with the accepted market terminology, “water soluble cannabinoids.”

Creating a cannabis or hemp drink made of cannabinoids that evenly dissolve in water is a bit harder to do because it requires advanced technology and processes. But when done right, the result is a top quality beverage with even distribution and precise dosing. The resulting product is so tasty and effective, that many industry experts posit cannabis infused beverages may seriously disrupt the alcohol industry.

Remember the mixing problem (anchor link) we mentioned earlier. Well, that gets solved easily when you have true water soluble cannabinoids. In these advanced beverages, the hemp or cannabis compounds dissolve evenly throughout so dosing is precise and no shaking is required. That means the carbonated canna-beverage problem is solved. Yes–sparkling water infused CBD!

The days of waiting hours and wondering if or when the cannabis beverage will take effect are nearly done. Moreover, the days of experiencing potentially unwanted psychoactive effects for hours are also over. Unlike oil soluble cannabinoids, which require digestion, water soluble cannabinoids dissolve directly into the mouth, stomach and small intestine. They act fast and subside much more quickly than standard edibles and drinks. These type of drinks can kick in in 5 minutes and subside in 90 minutes or less.

Quite possibly the most consequential benefit of water soluble technology is the amazing flavor potential they offer. That common earth-meets-oil taste may soon be a distant memory; replaced by deliciously tasty beverages that rival the best juices, teas, coffees and cocktails in the market.

Since cannabinoids are naturally oil and alcohol soluble, it’s more difficult and expensive to perform the scientific processes required to make a high quality emulsion (a mixture of two or more liquids that normally don’t mix).

Macro emulsions, which is what we see in the market today, are the most cost effective. But as we know, they produce particle sizes that are visible to the naked eye, which are cloudy in color and separate in solutions. Nano emulsions on the other hand, is what we mean when we talk about “water soluble cannabinoids.”

Nano emulsions require advanced machinery to break down particles to an invisible size, which are translucent when dissolved in a water-based solution. Nano emulsions must be created mechanically through a process that breaks down and mixes components by shear force. Different methodologies exist, but the biggest challenges companies face are optimizing and scaling in a cost effective manner.

That said a number of companies including, Sproutly Canada, Trait Biosciences, Vitality Biopharma, and Emerald Health Therapeutics have all developed or are in the process of developing water soluble products, according to an article in Cannabis Tech. These companies are employing some form of the following methodologies:

High amplitude ultrasonication – This method is generally preferred because it is the most energy efficient, low cost, and simple method. It involves using sound in the form of high intensity acoustic waves to break down the particles of an emulsion. This process is eco friendly, and meets customer demand for all-natural ingredients.

Microfluidization – Is an advanced form of high pressure homogenization. It uses machinery to divide pressure streams into two parts and directs them towards each other through microchannels of the microfluidizer equipment. This creates an effective cutting action that produces extremely fine particles. It is considered one of the most effective methods, especially when compared to high speed homogenization (which uses only one stream of pressure).

Microencapsulation – The process of microencapsulation coats cannabis particles in a natural binding material, which allows cannabinoids like THC or CBD to dissolve easily in cold water. An example of this includes Trait Bioscience’s, Trait Distilled Method.

In the case of Trait Bioscience, micro-encapsulation involves taking extracted cannabis oils and fermenting them the way beer is made. Then using yeast cells, they attach sugar molecules to cannabinoids, which changes them from fat to water soluble. While this process is undoubtedly effective, it will not address customer demand for more healthy, natural alternatives.

At ACS Laboratory, we are most intimately familiar with water soluble challenges as they relate to laboratory testing. Many of the HEMP/CBD beverage companies that test their products with us say that previous labs delivered inconsistent results. There’s a couple reasons why that might happen:

Many laboratories think that cannabinoids are water soluble so they test the water itself for potency levels. They don’t realize that they need to extract the cannabinoids from the water solution first. This is a critical step. Unfortunately, if the lab doesn’t have a strong science background they may skip this process entirely. Moreover, even if the lab knows to extract, they may not have the right machinery in place for precise results. For example, UHPLC equipment will not detect the low levels of cannabinoids present in these beverages.

At ACS Laboratory, we’ve done our due diligence on this issue and are at the forefront of cannabis beverage testing. We carefully extract minute levels of cannabinoids from any type of beverage. Then, we use LC-MS technology to detect micro levels of CBD, THC and other cannabinoids that may be present in the solution. We are a science-driven, award winning laboratory. That’s how we guarantee reliable results.