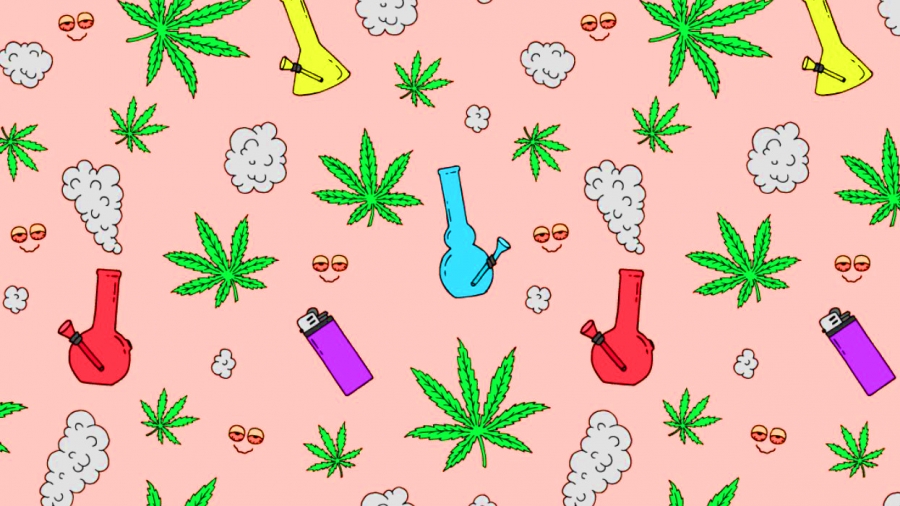 Feel like cannabis isn’t working for you the way it used to? You might be dealing with a high tolerance.

Tolerance refers to your body’s process of getting used to cannabis, which can result in weaker effects.

In other words, you need to ingest more to get the same effects you once did. This can be particularly problematic if you’re using cannabis for medical reasons.

What is Marijuana Tolerance?

Quite simply, tolerance is the act of enduring. Whether it be enduring the effects of a substance or the political rants of your Great Aunt Susie, those who have a high tolerance for something can endure quite a lot of it before reaching a breaking point whereas those with a low tolerance cannot.

When it comes to the effects of cannabis, a person’s tolerance varies depending on many factors including frequency of consumption, body mass index, sex, potency of the product and so on. Interestingly, some people don’t get high their first time smoking weed which could be due to a few things: either they aren’t inhaling properly or their body needs to “learn” how to process the foreign cannabinoids by first activating CB1 receptors in the brain.

Though research is limited, one study suggests chronic cannabis consumption may dull the effectiveness of CB1 receptors in the brain thus increasing the amount of product needed to feel its effects.

Don’t worry, though: the study also noted an uptick in CB1 receptor activation after only two days of abstinence with an almost full recovery after four weeks.

The study, which was conducted using PET scans of 18-35 year-old men, noticed an average 20 percent drop in cannabinoid receptor activity which was not affected by the amount of product consumed. Though the sample size was very small and included no females, the PET images do suggest a probable cause of increased tolerance to cannabis after extended use.

The reason females were not included in the study is specific: women and men process cannabinoids differently than each other, so including both sexes could easily skew the results. When comparing the effect of cannabinoids on men versus women, we find that novice female consumers are more sensitive initially than men but develop a tolerance more quickly. Researchers came to this conclusion after noting greater initial sensitivity to the pain-relieving effects of THC in female rats followed by an increased tolerance after just 10 days of use.

The reason cannabis affects men and women differently is still unknown, but it is suggested that estrogen may play a part. Though most research on cannabis has been conducted exclusively on men due to more stable hormone levels, Washington State University psychology professor, Rebecca Craft, has been studying the effects of cannabis on female rats for many years. By manipulating hormone levels in female rats, Craft detected a significant increase in THC sensitivity when estrogen levels were high (at the peak of menstruation), which adds an additional variable in determining a female’s tolerance level as compared to a male’s.

A person’s body mass index (BMI), which is largely dependent on their metabolic rate, is another variable that may affect cannabis tolerance.

Interestingly, because cannabis seems to improve a person’s metabolism, regular use of cannabis may lead to improved cannabinoid absorption which helps maintain tolerance.

Finally, product potency plays a major role in a person’s tolerance level. This has been proven to be quite the hurdle when it comes to research and industry standards, and can make it difficult to follow proper dosing, especially for novice users who tend to be very sensitive to the effects of cannabis. Those who are unfamiliar with a product or unaware of their ideal dose should always proceed with caution when learning their personal tolerance level.

What are the side effects of a tolerance break?

For medical patients, the symptoms that are being treated with cannabis are likely to return during a period of cannabis abstinence. Temporarily switching to another medication, or using complementary and alternative therapies may be helpful during this time. Because medical patients are likely to be daily consumers of cannabis, they are particularly vulnerable to the risks of chronic cannabis use (such as hyperemesis). Managing tolerance is an important part of sustainable, long-term cannabis therapy.

How do I take a tolerance break?

It’s easy to take a tolerance break. Simply stop consuming cannabis for at least two days. Research demonstrates that CB1 receptor availability is diminished by chronic cannabis use. These receptors rapidly return to a cannabis-naive state after a mere 48 hours of abstinence. That’s to say, your tolerance should be back to normal after holding off from consuming for two days.

Some people may find this difficult to do, because they have come to rely on cannabis to make their daily lives more manageable or enjoyable. While cutting back the frequency or amount you consume (exercising moderation) is never a bad thing, it’s different than going cold-turkey and taking a true tolerance break to reset the body’s endocannabinoid system. Some people may find it helpful to taper down their use for a period of time before taking a true T-break for a few days.

How often should I take a tolerance break?

Tolerance breaks have not been rigorously studied by doctors or scientists. However, some cannabis-centric physicians and patient advocate groups have suggested that taking a 48-hour break every 30 days is a good strategy for managing tolerance and preventing physical dependence.

Whether you are using cannabis to manage a chronic health condition, or simply enjoy having it as a part of your regular routine, there are good reasons to monitor and manage your intake, keeping your endocannabinoid system functioning at its best.

If you decide that it’s time for a tolerance break, it might be helpful to let your friends and loved ones know. Ask your friends to support you and, with their help, avoid situations that may challenge your commitment to a tolerance reset.

Benefits of Having a High (or Low) Tolerance

We often hear people mention the need for a “tolerance break” just to be able to feel the strong effects of cannabis again. And while we can totally sympathize with the desire to save a few bucks and still get high, we feel compelled to note the benefits of having a high tolerance in the first place. First of all, with an increased tolerance comes a reduced occurrence of negative side effects like dizziness, memory loss or impaired cognitive functioning. Those who can go to work stoned every day without making the boss mad can do so because of their increased tolerance. Want to show up baked to your line shift job? Better maintain that tolerance if you want to do so successfully.

Of course, a low tolerance can be a good thing, too. Not only does it cost significantly less to fund infrequent cannabis consumption, but you’ll get much higher, too! This is good for those who like to fly high on occasion, but not so much for those when it comes to pulling off a straight face in public.

If you’re unhappy with your tolerance level, there are a few things you can do. To lower your tolerance, the best suggestion is to take a break for two days to four weeks. This will give your body a chance to flush out excess cannabinoids and reactivate dormant cannabinoid receptors.

Alternatively, you may consider switching up strain types (switch from indicas to sativas, for example) or switch from flower to concentrates. Micro-dosing is another option where consumers only consume a small amount which reduces pain and improves mental functioning without causing a high.

To increase your tolerance, you can try CBD supplements, stick with the same strains or simply consume cannabis more often.

Getting high is great, but when you do so often, it becomes harder and harder to reach the optimum level of “high.” If you’ve been struggling to get sufficiently stoned, it may be time to take a break.