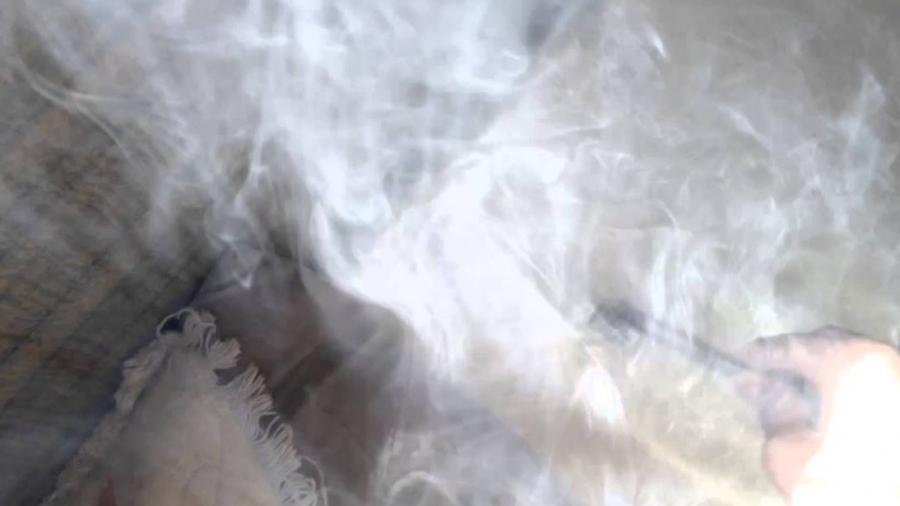 Cannabis wax — also known as weed wax, Butane Hash Oil (BHO), and honey oil — is one of the most popular (and potent) forms of marijuana concentrates today. Used for both recreational and medicinal purposes, cannabis wax is made by heating the plant’s materials with butane (or another solvent) and extracting the THC. The finished product has a gooey wax consistency that contains a THC content of 30%, but many wax concentrates have over 90% THC. That’s the equivalent to 15 to 20 joints!

Depending on variables such as extraction technique, moisture, and temperature, wax can take on a number of different forms ranging from more liquid, runny wax to more solid, brittle wax. The runny end of the wax spectrum includes products like “budder,” which is known for being very malleable and squishy, almost to the point of being a very thick oil. The solid end of the wax spectrum includes things like “crumble” and “honeycomb,” which are starting to approach the texture and consistency of something like shatter.

Regardless of these differences, all wax concentrates fall somewhere in between oil and shatter. For many consumers, this middle ground makes wax especially easy to work with—not so fragile that you run the risk of breaking it into tons of small and hard to use pieces while also not being so runny that it’s difficult to scoop up and maneuver onto a dab nail.

Why should you to smok smoke wax?

With all good things comes the other side of the coin. Marijuana is not perfect, nor is it healthy to use repeatedly, on a daily basis especially when you smoke it, instead of using a weed vaporizer. There are several immediate and long-term factors that can really mess with your body if not treated properly:

Ultimately, smoking marijuana chronically and with little control can lead to several health problems. And in the long term can result in decreased mental health and life quality. If you’re experiencing anything like this, the time has come for you to call it quits on your weed smoking life.

What are the different ways to smoke wax?

Wax’s unique and easy-to-use consistency makes it a very versatile concentrate. You can smoke wax in numerous ways, including:

How to smoke wax:

Use your blow torch to heat the nail to the desired temperature. Remember, hotter temperatures produce harder-hitting vapors that also tend to be a bit harsh on the flavor, while lower temperatures tend to give you gentler clouds of vapor with much purer flavors. Once you’ve got the nail heated to the right temperature, use a dabber to scoop up a small blob of wax. Spread the wax around the hot nail and start drawing in through the mouthpiece. If you’re using a carb cap, place it over the top of the nail while continuing to draw in with your lungs. When you’re ready to take your hit, lift the carb cap and clear the vapor from the rig.

To consume wax with a nectar collector, be sure you’ve got a clean surface on which to spread the wax. Since you’ll be dealing with high temperatures, be sure it’s also a heat resistant surface. The best options are trays or dishes designed specifically for this type of dabbing. Typically, these products are made out of quartz, glass, silicone, or other similar material.

Start by placing a small dab of wax onto the tray or dish. Now use a blowtorch to heat the nail of your nectar collector to the desired temperature. When it’s hot, put your lips to the mouthpiece, begin to inhale, and drag the hot nail across the wax. As soon as the nail touches the wax, it will instantly vaporize. Be sure you’re pulling in with your lungs the entire time so you inhale all the vapor without letting any escape.

The process of dabbing with an e-nail is almost the same as consuming wax with a regular dab rig. The key difference is, instead of manually heating your nail with a blow torch, you’ll use an e-nail to electronically heat your nail.

Once your rig is set up and ready to go, use your e-nail’s interface to input the temperature you want. As soon as the nail is hot enough, scoop up a dab of wax and spread it onto the nail as you begin to inhale. If you’re using a carb cap, place it over the nail. When you’re ready to take a hit, remove the carb cap and clear the chamber.

There are numerous different concentrate vaporizers currently on the market, and the specific steps for using them varies slightly depending on the vaporizer you’re using. So be sure you familiarize yourself with your vaporizer before using it. In general, though, the process of smoking wax with a vaporizer involves dropping a dab of wax into a heating chamber or spreading it onto heating coils. From there, you’ll turn the vaporizer on, input the temperature you want, let the device heat up, and then use the mouthpiece to inhale the vapor being produced inside the device.

A healthstone is a special type of glass with a porous consistency similar to volcanic rock designed for smoking wax with a standard bong or pipe. The stone is placed in the bowl area of the pipe – this can be inside the bowl itself, or some people attest to placing the healthstone inside the bottom part of their titanium nail. Either way, the aim is to position the healthstone so that all smoke is channeled through to the mouthpiece. Small round healthstones are easy to find online.

Now place a bit of wax on top of the healthstone. Superheat the insert with a butane torch, and then toke as you would with an oil rig. And remember, even with a bong, the idea is to sip, not rip. Wax hits are best taken in moderation.

Step-by-step: How to take a knife dab

What are knife dabs?

Knife dabs are a rudimentary method for consuming concentrates. In general, this should be considered a last ditch effort if you have no other way to dab. The process involves heating metal knives on a stove or with a blow torch until they’re red hot, using those knives to vaporize wax, and then inhaling the vapor.

Here’s what you need to take a knife dab:

Before doing anything else, you need to make a mouthpiece. The simplest way to do this is to cut a plastic bottle in half. Discard the bottom half but keep the top half. This will serve as a funnel for capturing and inhaling the vapor as soon as it comes off the knives.

Step 2: Get your dab ready

Scoop up a small chunk of wax and place it on the end of one of your knives.

Heat the tip of the other knife by either placing it on a hot stovetop or by hitting it with a blow torch. Either way, heat it until it’s glowing red. Once it’s there, remove it from the heat and let it cool slightly—you don’t want it to be too hot or you’ll scorch the wax.

Side Effects of Smoking Marijuana Wax

Marijuana leaves that are dried and smoked can be addictive enough. Growers have cultivated numerous strains over the decades to focus on specific chemicals, including THC, so many varieties of marijuana have high concentrations of THC anyway. These can be very addictive, leading to long-term abuse, and can even trigger mood disorders like anxiety or depression. Since wax has a much higher concentration of THC, it is likely much more addictive; however, it is a relatively new product, so it is hard to know for sure.

While cannabis can induce psychedelic experiences and have a negative impact on mood, marijuana wax intensifies these experiences due to the greater concentration of THC in the product.