What is indica weed? 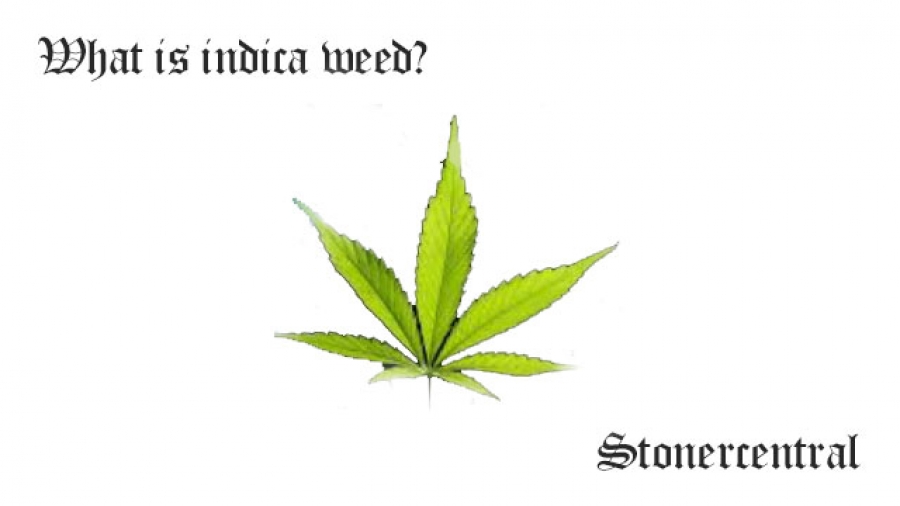 A term used in the cannabis consumer marketplace to describe products with sedating, relaxing, and heavy physical effects. Indica cannabis plants are typically short in stature with broad leaves and shorter growing cycles. Indica cultivars are well-suited for growth in cooler climates due to their shorter flowering periods.

The Cannabis indica plant originated in the Middle East, in places such as Afghanistan, Pakistan, and Tibet.

It generally has a higher CBD content than Cannabis sativa, though the CBD to THC ratio is very close to 1:1.

The general perception is that indica is an effective pain reliever, with a flat and relaxing high. Many medical marijuana strains contain a hybrid form of this strain.

That said, it is important to note that little scientific evidence backs these ideas. There are far more variations within the indica vs. sativa categorization, and many scientists believe that we should not generalize the psychoactive and other effects of different strains.

What does indica mean?

In the cannabis marketplace, both indica and sativa are heavily associated with their perceived effects. The classic indica definition, which it turns out is overly simplistic, is a strain that produces a strong physical high as opposed to a more cerebral high. For most cannabis users, the term indica evokes memories of haziness, couch lock, and deep relaxation.

The industry uses this pop-culture indica definition as a way to market indica and sativa cultivars (strains), and thousands of other cannabis products. But while the effects we typically associate with indica may have originated with the plant, there is no real correlation between the effects and the physical structure of today’s cannabis plants.

The terms indica and sativa are far more useful for cultivators than for consumers. In cultivation, the terms are commonly used to describe the plant’s morphology, or physical characteristics, and its growing cycle.

The indica taxonomy begins with French Biologist Jean-Baptiste Lamarck, who identified Cannabis indica in 1785 as a separate species from Cannabis sativa, as classified by Swedish botanist Carl Linnaeus 32 years earlier. Lamarck primarily based his C. indica classification on morphological differences from Linnaeus’s C. sativa plant, including narrow, dark green leaves and denser branching. But he did note that C. indica was a more potent inebriant than C. sativa.

The shift from Lamarck’s C. indica to our current definition of the indica cannabis plant came in 1974 when American biologist Richard Evans Schultes applied the term C. indica to cannabis plants in Afghanistan. These plants looked different than Lamarck’s Indian C. indica plants, exhibiting a shorter stalk and wider leaves.

Schultes’ C. indica classification ended up having a huge impact on the development of our modern-day indica/sativa taxonomy, tying the indica variety to a distinct geographic origin. This would later be emulated by Florida State University biologist Loran C. Anderson, who designated Afghan plants as C. indica and Indian plants as C. sativa.

Today, we reserve the indica label for plants of Afghan heritage that express a common morphology — in other words, they look like one another.

What are the effects of indica strains?

While the indica/sativa taxonomy is efficient for cultivators, it doesn’t help consumers predict the effects of a given cannabis plant. Human intervention has dramatically changed the chemical makeup of the cannabis plant. In the days of Linnaeus and Lamarck, the effects of C. indica and C. sativa plants probably aligned more closely with their physical characteristics. Today, a plant’s appearance tells us nothing about what kind of effect it will produce.

Within the cannabis community, indica plants are often characterized as having sedative effects, which typically lead to an intense body high, while sativas are thought to be uplifting and produce more of a head high. Dr. Ethan Russo, a psychopharmacology researcher and board-certified neurologist on the forefront of cannabinoid research, explained in an interview published in the journal Cannabis and Cannabinoid Research, that “the sativa/indica distinction as commonly applied in the lay literature is total nonsense and an exercise in futility.” In reality, the effects of cannabis are based on the unique chemical profiles of each variety rather than a genetic lineage.

For example, a landrace cultivar with indica lineage grown in a new environment could potentially produce a unique chemical profile that would cause uplifting effects.

Furthermore, cannabis effects have more to do with the makeup of a user’s individual endocannabinoid system than a plant’s genetic lineage. Individuals may have different experiences based on the way their endocannabinoid system reacts to consuming a given cannabis plant. One user may report an indica-like effect from a plant with indica lineage while another will report an uplifting sativa-like effect from the same plant.

If you go to your local dispensary today, you’ll probably be faced with product labeled either indica, sativa, or hybrid. The addition of hybrid to the cannabis lexicon is a sign that cannabis marketing is catching up to reality. All modern strains are technically hybrids.

The life cycle of Cannabis Indica, like the rest of the Cannabis genus, is divided into two distinct phases – vegetation and flowering – which are reactions to different day-lengths (photoperiods). Vegetation is also sometimes referred to simply as the growth, or growing, period, although the plant continues to grow in size and mass throughout the flowering period as well.

Vegetation occurs when the plant experiences long days and short nights, known as the long photoperiod. When growing, Cannabis Indica devotes its energy to increasing in size and stature. As days become shorter and nights longer (the short photoperiod), the plant receives the signal that autumn is approaching and its flowering phase is triggered.

In the flowering phase, upward and outward growth slows considerably and may appear to cease completely as Cannabis Indica directs the bulk of its energy to growing reproductive parts – male flowers which distribute pollen, or female flowers which produce the majority of cannabinoids and are meant to receive pollen and produce seeds. If male plants are eliminated early in the flowering phase, female plants are prevented from making seeds and their cannabinoid-rich flowers (also referred to as buds, tops or colas) may be harvested for recreational and medicinal use.