What is Dab Torch? 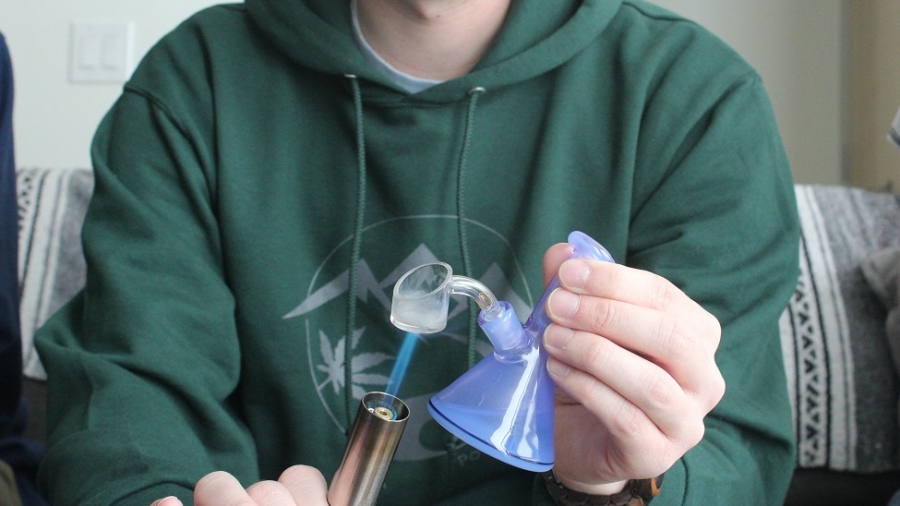 A dab torch is a dabbing tool that uses propane or butane to create a steady flame that can be used to heat up a banger or dab nail.

The torch was blazing like a rocket in a split second.

Let’s light up that dabbing torch and make this January night feel like July.

What is a dab torch?

A dab torch is an essential part of any dabber’s toolkit and may be found in a range of sizes. You can use a butane torch for dabs or opt for propane instead to fire up your bangers and nails. Cannabis torches are designed to be used in any type of weather or environment and can blaze as hot as 2,500 degrees Fahrenheit, or 1,371 degrees Celsius. Considered a dabbing essential, the torch needs to be handled with care to avoid burning your skin or starting a fire.

How long should I torch my banger?

The heating process for a banger is fast, so you should torch your banger for about a minute in total. Make sure that you torch all around the banger to evenly distribute the heat. You’ll know that the banger is ready when you see it glowing crimson or deep orange. Let it cool slightly and then start dabbing your cannabis concentrate.

Can you dab with a torch lighter?

What is the best torch for dabbing?

The best torch for dabs is heated with butane because of its high heating point. Butane torches are good for all kinds of concentrates, such as budder, shatter, and oil. Further, butane is refined to remove impurities whereas propane is not. However, you should always be aware of the extremely high temperature possible with butane — up to 750 degrees Fahrenheit — and exercise caution at all times.

Where to buy a torch for dabs

You can purchase a dab torch at cannabis dispensaries, smoke shops, and through online retailers specializing in dabbing accessories.

Definition – What does Dab Torch mean?

“Dab torch” is a slang term used to refer to the lighter used to consume a dab. These are butane torches very similar to the ones used in the culinary world to create the burnt surface of dishes like crème brulee and other options.

Dabbing is growing in popularity as a way to consume marijuana. It bears many similarities to other forms of consumption, but most closely resembles using a bong. While the dab replaces the plant matter in the bong, a flame is still necessary to heat the nail to the point that it vaporizes and can be consumed. This flame is provided by what is called a dab torch.

Dab torches are very similar to other butane torches on the market, including those used in the culinary world, and by hobbyists. In fact, hobbyist torches can be used for dabbing if needed, but many companies today manufacture and distribute torches actually designed for the dabbing process. Examples of these include Vector, ERRLYBIRD, and Blazer, to name only a few.

When it comes to using a dab torch, temperature and flame placement are critical considerations. Too many new to the practice attempt to use the blue part of the flame directly on the nail. The problem with this is that it makes the dab taste like butane. The same thing would happen if the wrong part of the flame where used to cook a caramelized dessert, and is why so many cigar smokers avoid using butane lighters at all.

Instead, the smoker needs to heat the dab indirectly – it should not glow, at all. Ideal vaporization temperature is between 300 and 400 degrees F. Even a faint red glow indicates that the material has been heated to over 900 degrees F. Hold the dab torch away from the material, and allow it to heat up indirectly.

The Future of Cannabis

Circanna, a cannabis processor in one of the many unassuming warehouses in Sodo, feels like a mix between a craft brewery and the research department of a pharmaceutical company. A friendly pit bull mutt wanders around the front half of the building, where young office workers type away at desks. Behind a keypad-locked door sits Circanna’s lab, where technicians in blue jeans and lab coats quietly work next to humming stainless-steel lab equipment.

Andrew Sorkin, the owner of Circanna, gave me a tour of the facility and tried to convince me to stop asking questions about THC.

“THC is the least interesting part of the plant, and it contributes the least to your experience being unique,” Sorkin said. “The difference between an exhilarating and uplifting experience or a sedating and relaxing experience is the stuff besides the THC.”

Sorkin was speaking about the hundreds of other active chemicals in cannabis, including cannabinoids and terpenes. Cannabinoids, like THC, interact with receptors in our brains that can give them psychoactive properties. Terpenes are aromatic compounds created by all plants, and the ones in cannabis are thought to have a profound effect on how our brain’s cannabinoid receptors process THC.

Growers have been breeding cannabis to increase specific cannabinoids and terpenes for decades. Think of the high-CBD medical strains that won’t really get you high, or strains like Lemon Skunk, a heavy sativa bud that has such high limonene terpene content that it could easily be mistaken for smelling like fresh lemon zest. But it’s the world of concentrates that offers a future of manipulating what cannabinoids and terpenes we consume.

Labs like Sorkin’s—there are 75 across the state, according to 502 Data—use machines that cost hundreds of thousands of dollars to extract and then refine all of those active chemicals, allowing them to separate specific compounds and make new ratios and combinations to create certain types of recreational highs or specific medical uses. The techniques behind these concentrates are still in the early stages—extraction specialists have been able to work legally for only the last two years—but the concentrate market is already being differentiated based on quality. Unfortunately, there’s little standardization of names or labels in the concentrate industry, making it harder for newer consumers to know which concentrates are better.

Go dab shopping and you’ll hear words like honeycomb, shatter, pull ‘n’ snap, Rick Simpson Oil, butane oil, CO2 wax, water hash, live resin, rosin, the clear, and hash oil, to name a few. An experienced budtender will be able to walk you through what is going on with each concentrate, but not all budtenders know the products they’re selling.

Concentrates, by definition, are heavily processed goods, so you should be shopping with as much knowledge as possible. Ask your budtender these basic questions to navigate through their selection. If they can’t answer them confidently, don’t buy their products.