Can You Really Get a Secondhand High or Contact High? 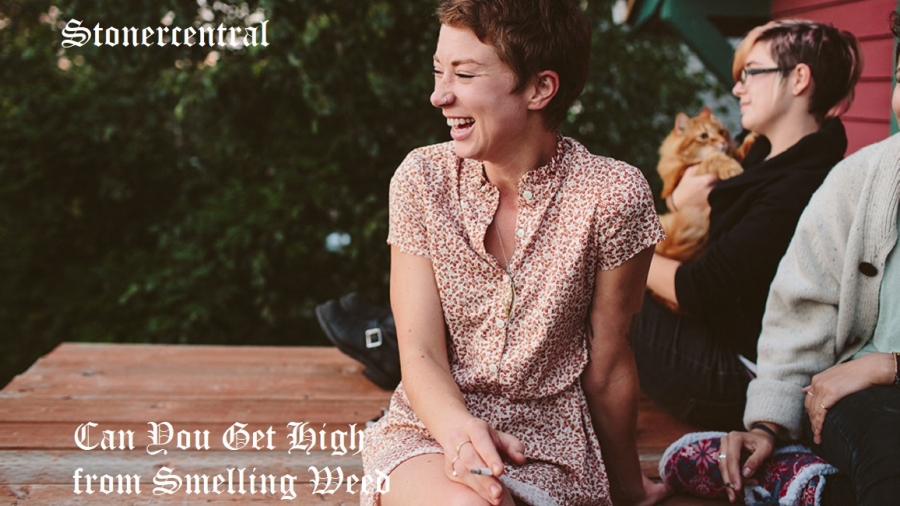 Marijuana smoke is created whenever someone burns the leaves, flowers, stems, or seeds of the cannabis plant. Marijuana is used by an average of 26 million Americans per month. It’s been studied for some medical uses.

But despite marijuana’s prevalence, its safety is sometimes in dispute. Smoking it, or being near someone else who is smoking it, does cause side effects.

Marijuana contains a chemical called THC, which can block pain and bring on a feeling of relaxation to people who breathe it in or consume it. Smoking weed has depressant, hallucinogenic, and stimulant effects. Inhaling THC can also impair your ability to concentrate and to operate a car.

Whenever you’re breathing in THC, it’s possible to get high. Effects of THC vary from person to person, as well as how much of the chemical you’re exposed to.

Whether you’re familiar with the term secondhand high, contact high, or contact buzz, the theory is the same: exposure to secondhand weed smoke may cause someone to be involuntarily stoned and even fail a drug test. The prospect of feeling high unintentionally is alarming, to say the least, but is this theory true?

Is there such a thing as a contact high?

Drug test results can differ for people who are exposed to secondhand marijuana smoke and people who smoked marijuana.

In 2015, a small study of six smokers and six nonsmokers showed that marijuana smoked in highly concentrated quantities could trigger a positive urine drug test among people who were simply exposed to the smoke in an unventilated room.

However, ventilation during marijuana exposure, as well as how often exposure occurred, were critical factors in what the drug test result would be.

For example, smelling marijuana smoke in passing once in a while is a lot different from living with a habitual marijuana smoker who uses marijuana in your presence regularly.

Another small study  attempted to mimic a more true-to-life example.

Rather than stick nonsmokers in a closed, unventilated room for long smoking sessions, these study participants spent three hours in a coffee shop where other patrons were smoking marijuana cigarettes.

After their exposure to secondhand marijuana smoke, participants were tested for THC. While a trace amount of THC did show up in their blood and urine, it wasn’t enough to trigger a positive drug test result.

It was unlikely that any contact high was passed during this study.

With that being said, getting a contact high is possible.

Being near marijuana smoke often and in poorly ventilated areas (like a car with the windows rolled up or a small bedroom without a fan) may result in feeling a limited amount of the effects that the person smoking experiences.

But catching a whiff of marijuana fragrance through your apartment window or entering a room where people were smoking several hours ago is very unlikely (maybe even impossible) to affect you at all.

Is secondhand marijuana smoke as bad as tobacco?

There isn’t much by way of clinical data to understand if secondhand marijuana smoke is as bad for your health as tobacco smoke.

According to the American Lung Association, regularly smoking marijuana yourself can damage your lungs and weaken your immune system.

And a 2016 study on rats showed that just one minute of secondhand marijuana smoke impaired lung function for at least 90 minutes — which is longer than the lungs are affected by tobacco secondhand smoke.

As with many things weed, the answer is both yes and no according to a 2015 Johns Hopkins University study.

Researchers started with a dozen people, six of whom were cannabis smokers and six who were non-smokers. In the first experiment, all 12 subjects spent an hour together in a small unventilated room, during which time each smoker puffed through 10 joints, each with a THC content of 11.3%. Afterward, the non-smokers reported feeling pleasant, more tired, and less alert. And sure enough, their blood and urine tests came up positive for THC.

The second experiment repeated the scenario, but this time in a room with ventilation. The non-smokers in this experiment later said they felt hungry, but none of them tested positive for any noticeable amount of THC. (To be fair, the study did also finish up around lunchtime.)

Researchers concluded that being exposed to marijuana smoke under “extreme conditions” like a tightly packed, unventilated area can indeed give non-smokers a contact buzz. Outside of that very limited scope, any contact high you think you might be feeling due to secondhand cannabis smoke is likely a result of the power of suggestion.

You can’t get high from catching a whiff of someone’s joint while walking down the street, but you will feel some effects if you are sitting in an unventilated enclosure filled with smoke. Some people do this intentionally, and those people call it hotboxing.

Contact high may be less common than we think, but it’s possible. Here are some of the other side effects and symptoms of secondhand marijuana smoke exposure.

Smoking weed can slow your reaction time when you’re on the road. If you have high levels of THC in your blood from secondhand marijuana smoke, it might have the same effect.

If you’re around marijuana smoke for a long period of time, you may begin to feel lightheaded or dizzy.

One effect of the THC in marijuana is the feeling of calmness it gives some users. For others, this calmness can take the form of feeling tired or lethargic.

Researchers are still trying to understand the connection between excessive marijuana exposure and mental health. It appears that marijuana use can trigger or worsen some mental health conditions, including depression.

No link has been established between secondhand smoke marijuana exposure and depression.