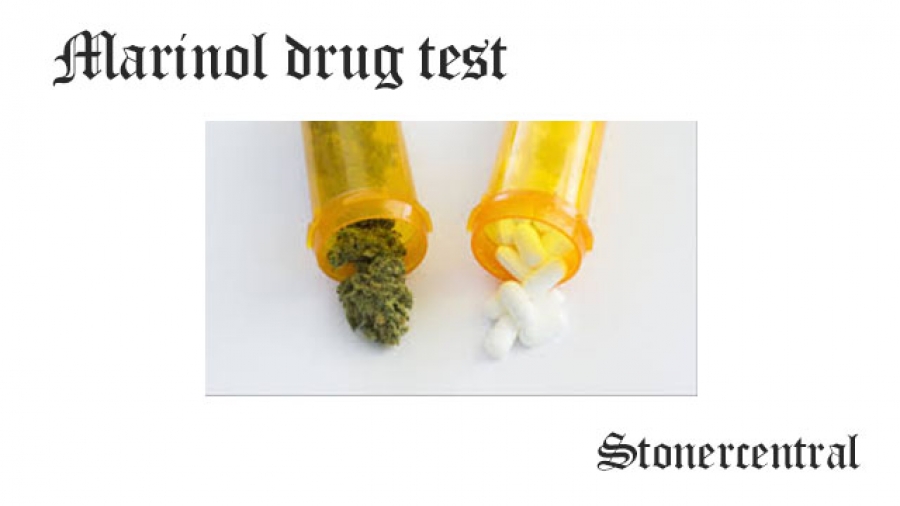 Marinol (dronabinol) is a pill containing synthetic THC, a class of medications called cannabinoids. It is used to treat nausea and vomiting caused by chemotherapy.

Marinol is also prescribed to treat loss of appetite and weight loss in people who have AIDS. Understanding how it is active in your body and how long it stays in your system can help you avoid interactions and know what side effects may be expected.

Marinol works by affecting the area of the brain that controls nausea, vomiting, and appetite. When taking Marinol you will also experience the effects of THC on mood, memory, and the senses as you would with medical marijuana. But in a capsule form, there is no need for it to be smoked.

As a prescription drug, Marinol has a standard dosage and concentration. Your doctor will prescribe when and how often to take the capsules, timing it for the best benefit around chemotherapy sessions, for example, or at certain times of day for appetite stimulation.

Marinol takes 30 minutes to 2 hours to take effect. The mental, mood and physical effects last for 4 to 6 hours, while appetite stimulation can last for 24 hours.

Side effects of Marinol include feeling “high,” confusion, memory loss, anxiety, sleepiness, strange thoughts, hallucinations, unsteady walking, dizziness, nausea, vomiting. Discuss any of these side effects with your doctor as it may be necessary to change your dosage.

You should not operate a motor vehicle or machinery under the effects of Marinol. You could be cited for DUI even if you have a prescription.

Side Effects, Interactions, and Overdose

Discuss all of the medications, vitamins, and supplements you take with your doctor as it may be necessary to change your prescriptions due to possible interactions with Marinol. If you start or stop any medication, alert your doctor so adjustments can be made to reduce the risk of side effects.

Do not drink alcohol while taking Marinol. There can be possibly dangerous interactions with alcohol and drugs such as Valium, Librium, Xanax, Seconal, and Nembutal (benzodiazepines and barbiturates) that affect the central nervous system. You also should not smoke marijuana while taking Marinol as that will deliver more THC and could produce an overdose.

Marinol should be taken only as directed. To avoid possible unpleasant side-effects and possible overdose do not take a larger dose, take it more often, or take it for a longer period of time than prescribed by your healthcare provider. Some side effects of an overdose of Marinol include:

How Long Marinol Remains in Your System

The synthetic THC in Marinol is absorbed by your body similarly to the THC naturally occurring in marijuana. It is also stored, broken down, and excreted the same.

Marinol is broken down and excreted in the urine for two days to 5 weeks. During this time period, it will be detected in urine drug screens.

Some of the THC in Marinol is stored unchanged in fat cells in the body. When it is released from fat into the body, it can again exert its psychoactive properties, as well as be metabolized and be excreted in the urine. The half-life of fat-stored THC is about 10 to 13 days. THC can also be stored in hair follicles, where it may be detected for up to 90 days.

How long the THC from Marinol persists in your body depends on your metabolism, body mass, age, hydration level, physical activity, health conditions and other factors, including how long you have been taking the medication.

THC is a chemical molecule like any other. It can be reproduced in a lab. That is what Marinol is – a medicine based on cannabinoid chemistry.

This results in the synthetic cannabinoid dronabinol, which is then dissolved in sesame oil and put into tablets.

What is it used for?

Marinol is commonly prescribed for wasting syndrome, nausea and increasingly, chronic pain caused by movement disorders including MS and Dystonia. It is also a Schedule III drug. As such, it is often covered under most western health insurance plans.

In most places, the fight right now is to bring greater awareness to whole plant medication as a more effective and natural alternative to synthetic formulations.

Why is the natural cannabis plant better?

There are many, many reasons why the whole cannabis plant and its chemical constituents are superior to Marinol.

One thing is very clear. Given the choice, patients overwhelmingly choose natural forms of cannabis, or failing that, substances made directly from the plant.

So why is marinol still being used?

This is a very good question. The answers are mostly political. Marinol has always been used to slow down full plant reform. This is because of the stigma still surrounding cannabis culture. It is also due to the lobbying power of entrenched pharmaceutical companies. In general, the drug industry does not like medical marijuana. It sees weed as a threat.

However, this might be changing. Medical trials, for cancer in particular, are finding something interesting now. Adding marijuana to conventional drugs appears to make both medications work better.

In this kind of environment, drug companies are likely to change their views about cannabis. That is, if they have not already begun patenting a cannabinoid concoction they can then sell to a hungry market.

In the interim, Marinol is one of the few cannabinoid-based medications that is widely available globally.

Even when used medicinally, the plant continues to be prohibited in many parts of the world. That too may be changing, but it is the next big fight ahead. In both Canada and Germany right now, patients are suing insurance companies who refuse to cover the cost of their medication.