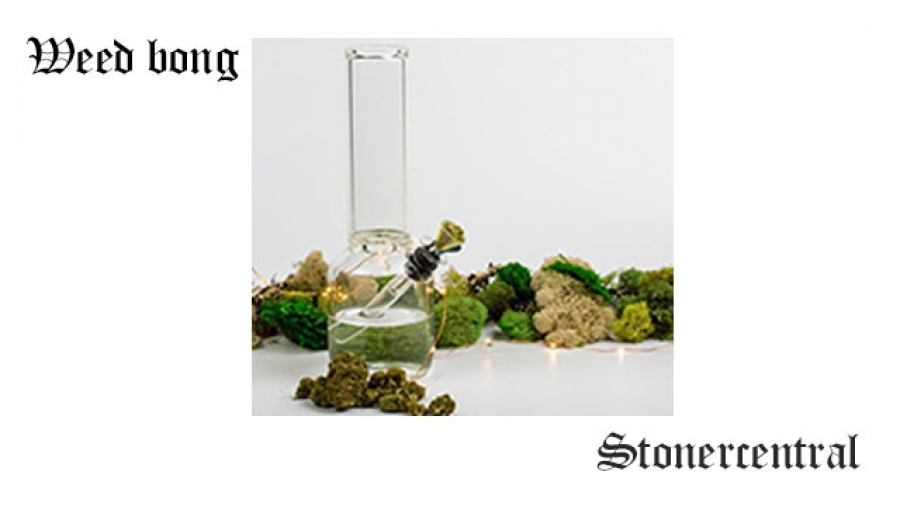 by contentsec
with 7 comments
All about weed
0

The word bong is adapted from the Thai word baung, meaning a wooden cylinder or pipe cut from bamboo and used for smoking. Whether manufactured or homemade, the device as we know it stays essentially true to this definition of a bong. It’s central identifying shape — the cylindrical neck — mirrors the robust cylinder of a bamboo stalk.

The bong’s neck, vessel, or tube connects to the base where the water resides. Bongs are frequently custom-made or homemade, and come in a vast amount of shapes, sizes, and modifications, such as neck pinches or gravity chambers. Some bongs are just a single straight tube that connects to the mouthpiece. Others have a wide base (usually beaker-shaped or spherical) that connects to the tube.

The only other essential parts of a bong are the bowl and downstem. Though most professionally crafted bongs are glass, homemade bongs can be constructed from any vessel that is both airtight and watertight by adding a stem, bowl and carb apparatus.

History of the Bong

Archaeologist J.C. Dombrowski excavated the earliest known water pipes in Ethiopia in 1971, dating them between 1100 and 1400 BCE. In 1924, Arthur Dunhill noted in a study on water pipes of Africa that the absence of smoking apparatus in Europe is a clear indicator of its origin. According to Dunhill, the San people of Southern Africa created a tube pipe with a bowl on top and round water chamber at the bottom, connected by a curved tube. Dunhill’s theory that this was the birth of the water bong is in relative competition with Dombrowski’s findings, but both still provide further evidence of the bong’s African origins.

African pipes were long thought to be used exclusively for tobacco smoking, which also contributed to the dominant Asia origin story. But traces of cannabis residue reveal that Dombrowski’s early African water bongs were definitely used to smoke cannabis. Several origin theories for the bong, as well as how it spread throughout the world, remain in competition, so a settled place and time for the first bong continues to be cloudy. However, the most current and plausible research suggests that these early African water bongs are the world’s first.

Bongs may not have originated in Central Asia, but they certainly gained popularity in 16th century China during the late Ming dynasty. Popular theory suggests that these water pipes spread throughout Europe, the Middle East, and east Asia along the Silk Road. As cannabis gained popularity across the globe, so did water bongs and other smoking accessories. Time shaped the evolution of the bong as manufacturers began experimenting with different materials, shapes, and sizes.

How to Use a Bong

Trying out a new or unfamiliar method of smoking can be overwhelming and confusing for new users. Bongs may be easy to use, but newcomers may still find them daunting. If you don’t know how to use a bong, or you’re worried about smoking from a bong for the first time, remember the following steps until you’ve had enough practice to perfect your routine:

How to Smoke Marijuana Out of a Bong

The following is a step by step guide on how to set up a bong, how to smoke a bong, and how to use a water bong in general.

Is Bong the Healthiest Way to Smoke Marijuana?

Some people may consider a bong to be the best way to smoke marijuana, but whether the bong is the healthiest way to smoke weed is a matter of debate. We can, however, confidently state that in a bong vs pipe or bong vs joint contest for which is healthier, the bong wins hands down. So the answer to the question, “are bongs healthier?” Yes! If you care for your lung, bong instead of smoking.

So why use a bong? Read below to find out.