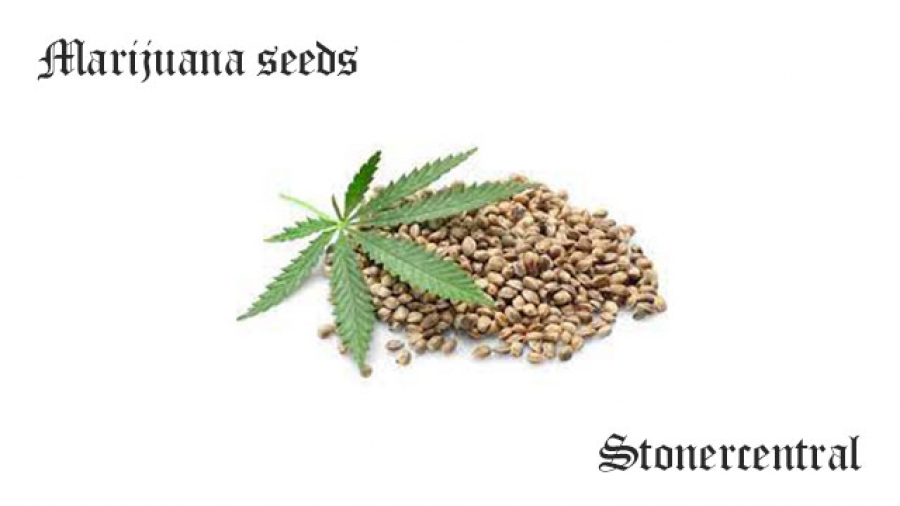 If you are trying to become a cannabis grower, it is essential to learn more about marijuana seeds. Unfortunately, there are sellers of dubious reputation selling low-quality seeds. Buying such produce will sadly lead to a poor harvest or failed crop.

It is also crucial to familiarize yourself with United States law, especially any cultivation laws that apply to your state. Hopefully, this guide will help you avoid making purchasing and planting mistakes.

Cannabis Seeds – What You Need to Know

Most marijuana plants are dioecious. This means their male and female reproductive organs are found on separate plants. To grow females, you must place them far away from males. Otherwise, the male plant pollinates the female and hinders its ability to produce high potency cannabis.

Seedless female flowers are grown without males. These are called sinsemilla (this means ‘without seed’ in Spanish). The potent weed you find in your local dispensary comes from such a flower.

A male plant must pollinate a female plant’s flower for it to reproduce. When this happens, the female flower produces seeds. There are also hermaphrodite plants. These contain male and female reproductive organs. They are capable of producing pollen and self-pollinating their flowers.

Irrespective of whether a male plant pollinates a female or one plant self-pollinates, seeds get created. Once they reach maturity, they are dropped from the plant and can produce new marijuana plants. Alternatively, they are harvested for hemp oil or food.

For the record, the only sure-fire way to determine the difference between a male and a female plant is to let them grow for a while. You likely won’t spot the gender of a plant for around six weeks, which is the pre-flowering stage. If a small bud is visible between the new branch and the main stock, it is probably a female plant. Eventually, buds become adult flowers. Another tip is to look for white pistil hairs that grow where the bud ultimately forms.

You can spot male cannabis plants by the pollen sacs they create. These are bulbs that resemble tulips in terms of shape. They don’t have any pistil hairs growing. When you spot a male plant in your garden, remove it immediately. Otherwise, it will pollinate female plants that produce seeds rather than developing a flower.

As with all angiosperms, or flowering plants, cannabis produces seeds that contain all of the genetic information needed for growth and reproduction. When a seed is planted, the translation of this genetic material dictates each unique physical characteristic the mature plant will have. If these are desirable traits, like potency, smell, vigor, etc., a breeder can select for these through a long process of genetic stabilization through generations, which eventually leads to the creation of a cultivar, or strain.

Anatomy of a cannabis seed

Cannabis seeds are about the size of a peppercorn, ovular in form, and pointed on each end with a ridge that transverses longitudinally on only one side from tip to tip. It is this ridge that opens up during germination. The other side opposite to the ridge is rounded. The body of the seed is brown, but underdeveloped and unfertilized seeds can have an off-white color and are typically smaller in size.

The body of a marijuana seed is spotted or striped, most commonly with light brown specks, but some varieties of cannabis can have red or yellow markings. Plant embryos are contained within seeds and house all of the cells that will eventually differentiate into leaves, roots, and stems. Embryos, found within the reproductive organs, are protected by an outer envelope called the pericarp. Crucial components of the plant embryo are the cotyledons, the first leaves to appear from the seed, and the radicle, which develops into the primary root. Once the seed germinates and begins its growth into a mature plant, special structures called root caps protect the growing tips of the plant.

Today’s common-market cannabis does not contain seeds; the cultivation practices that have made this widespread are rooted in fundamental biological concepts. Cannabis is a dioecious plant, meaning it has separate male and female organisms, just like humans. If a female plant matures in the presence of a male plant, pollen from the male will fertilize the female, and its bracts will contain seeds at the end of the flowering cycle. Seedless cannabis is commonplace even in the product originating from mass-produced outdoor cultivation, but not too long ago, this was not the case.

Around the middle of the 20th Century, growers discovered that culling male plants as soon as they display their sexed traits, would result in a crop containing exclusively unfertilized females, yielding cannabis flowers higher in THC that don’t require the removal of seeds before smoking. This seedless cannabis was from then on dubbed sinsemilla, which translates to “without seed” in Spanish. It is also commonly spelled sensimilla.

How cannabis seeds are produced

Cannabis seed production begins with the pollen grain of a male plant. From this grain, a pollen tube grows, producing male generative cells that disperse in the form of pollen. The migration of pollen into a female plant ovule triggers pistils to fall off and seed production to begin. The bracts, which contain the ovule, will then fill with seeds.

What’s the difference between feminized, regular, and autoflower Seeds?

In 1982, Indian breeders made a major advance in cannabis botany with the development of the feminized seed. The key difference between feminized marijuana seeds and regular marijuana seeds is that feminized seeds have been engineered to produce exclusively female plants, whereas with regular seeds you can’t really predict if the mature plant will be male or female. This matters for cultivation since smokable flowers are produced only by female plants. Further, a male plant can potentially ruin a harvest if it pollinates nearby female plants, which produces flowers full of seeds.

Popularized and marketed extensively by Dutch seed companies, feminized seeds produce female plants more than 99% of the time. Growers that use feminized seeds should still check to make sure no male plants have sprouted. Any variety of cannabis can be manipulated to make it feminized.

Marijuana seeds can be feminized by two different methods: chemical ethylene inhibition, and rodelization. In the first method, a chemical agent (colloidal silver, gibberellic acid, etc.) is applied to the plant to inhibit its production of ethylene, a plant hormone that induces female flower production. Rodelization is a less-used technique that involves exploiting a natural self-defense mechanism of the plant. An unpollinated female cannabis plant with fully mature flowers may, in some cases, grow pollen sacs to fertilize itself to ensure its propagation. In both cases, pollen is collected and used to fertilize other female plants. Given the absence of Y chromosomes, seeds that result from the mature buds are female.