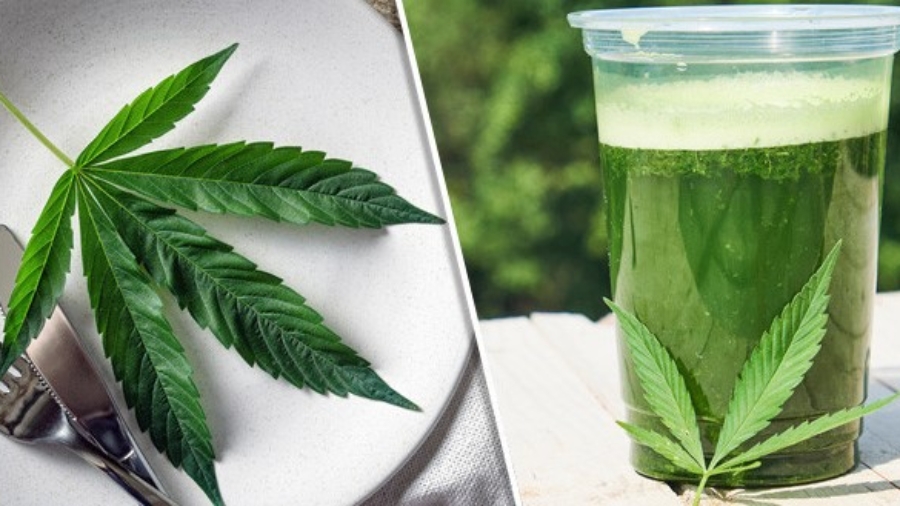 Cannabis is finally receiving the attention it deserves as a potent plant-based medicine, and now, as a powerful plant-based nutrient source. With 33 states and Washington, D.C., operating medical cannabis programs and 11 states and Washington, D.C., allowing for recreational adult cannabis use, patients are rapidly gaining access to the cannabis plant in more ways than ever before. Many medical and recreational programs now allow for the home cultivation of cannabis, which gives patients and consumers an increased opportunity to access all parts of the plant.

Traditionally, consumers have been most familiar with dried, cured cannabis flower buds. Today, more and more people have access to raw cannabis in the form of living plants, fan leaves, sugar leaves, raw flower buds, fresh leaf trim, seeds, stems, stalks, and more. This increased access to fresh plant matter and the widespread acceptance of the cannabis plant as a whole has provided us with the opportunity to consider cannabis not only as a plant-based medicine but also as a plant-based superfood. While the dietary use of the raw cannabis plant can be traced back thousands of years, researchers are just beginning to explore the powerful health benefits of cannabis in its raw form and understand how it may play a pivotal role in the realm of plant-based nutrition.

Leaves are the primary energy gatherers of the cannabis plant. Green chlorophyll in the leaves helps harvest the sun’s energy, transforming it into vital fuel. Without healthy leaves, the cannabis plant is not able to live up to its full potential.

Here, we will discuss the various potential uses of marijuana leaves to ensure you are getting the most out of your cannabis plant each and every harvest.

If you are growing your own cannabis at home, either indoors or sun grown, then there are a few ways to use cannabis fan leaves better than as compost.

Composting is a great way to add the nutrients your plants need to your soil. By simply collecting your kitchen and yard waste, including leaves from your cannabis plants, you can divert as much as 30% of your household waste away from landfills and into your garden where its nutrients can help support bigger, healthier marijuana plants. Additionally, microorganisms living in compost help aerate the soil, break down organic material, and ward off plant disease.

Whether using your compost on your cannabis plants, your home garden, or both, you will be saving the nutrients in your household waste and returning the