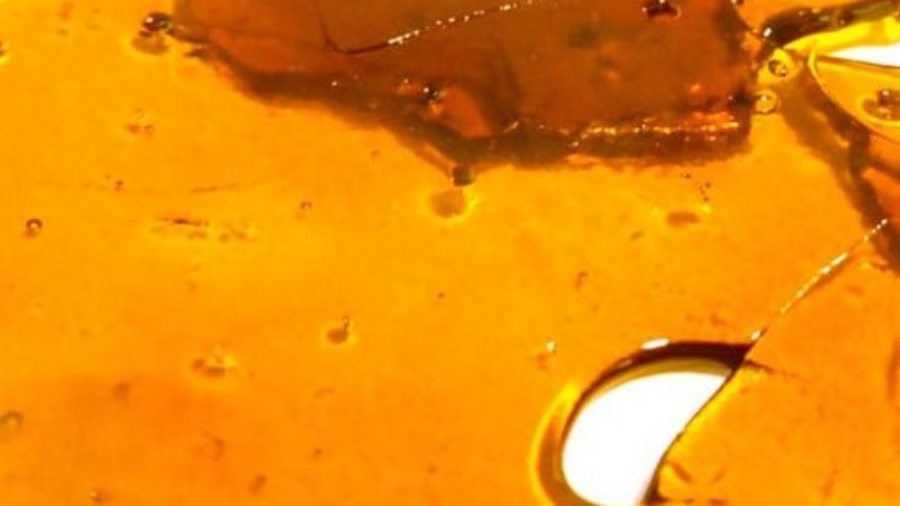 The Definition of BHO

It is best first to explain what BHO stands for and why it is used to describe cannabis concentrates. To produce a cannabis concentrate, the marijuana plant must be put into a sealed tube and mixed with a solvent. The solvent reacts with the cannabis plant and combines with the trichomes from the plant’s material. Trichomes are what contain the terpenes and cannabinoids found within the marijuana plant. These compounds cause the psychoactive (THC) or non-psychoactive (CBD), effects with consumption.

Regardless, there are multiple solvents used throughout the cannabis industry to produce concentrates. When discussing BHO, it is referring to a concentrate that uses butane as the solvent for extraction. BHO stands for butane hash oil or butane honey oil. It gets this name from the fact that butane is the solvent used in the extraction, and that the final product commonly has a yellow-brown color and consistency similar to honey. Anytime a consumer sees BHO shatter or BHO wax; it just means that it is a butane solvent extraction. The term shatter or wax are merely referring to the consistency of the final product.

The history of BHO

The ’70s usher in a new era of hash making

Butane hash oil is hardly the first concentrate. Civilizations throughout the globe have been separating the resinous trichomes from the cannabis plant for thousands of years. By 900 AD, hashish had spread throughout Arabia.

Introducing the cannabis to a solvent was an innovation documented in 1971 D. Gold’s “Cannabis Alchemy: The Art of Modern Hashmaking,” the first to outline the procedure for this type of extraction to the general public. Gold’s book supplied a how-to for homemade solvent-based extracts, as well as their mass production. Gold was inspired to write “Cannabis Alchemy” after a lab explosion left him severely burned and hospitalized for several weeks.

First of all it must be clear that, in order to achieve certain textures during BHO purging, sometimes the extraction will have to be done with fresh material. Other times it doesn’t matter if weed is fresh or dry, and in some cases only the color and wax content of the extraction changes.

This is because when cannabis is dry the gas carries more components, thus achieving a higher return, but of lower purity, since the concentration of cannabinoids and terpenes drops due to the higher content of waxes and other compounds.

One way to remove waxes from concentrate is with cold, the more the weed is frozen the less the waxes will come off. Cold can also be applied during extraction, and even after.

It is the most common form of BHO finish. It is very striking, as it remains crystallized and translucent, golden in color and is formed when the thin layer of liquid extraction solidifies. It is called Shatter because it is rigid and not very thick, and it usually breaks when handled. It’s sticky but touchable, and if it’s properly purged it allows you to shape it without any problem.

Shatter texture is very easy to achieve, as it only needs heat and time, with no further need to do anything else.

Now that it’s understood what BHO means, understanding the differences between BHO shatter and wax is relatively simple. In a gist, the only thing that makes BHO shatter different from BHO wax is the consistency. To obtain different consistencies, it all comes down to the purging process. Purging occurs after the plant material soaks in the butane solvent and begins to separate into the desired oil containing the terpenes and cannabinoids. That oil is then sent through a purging process to remove as much of the butane solvent as possible. The method of purging is what determines the consistency of the final product.

Because both Shatter and Wax come from BHO, their potency is fairly similar, being around 60-70% THC. Although some terpenes and cannabinoids may evaporate depending on your goal.

The major difference in consistency comes when consuming it because shatter is brittle, you can easily break it down and smoke it in a joint or a dab rig.

Wax, on the other hand, can be wet and may be harder to smoke in a joint but can be easily smoked in a dab rig and provides the user a more complete effect because of the terpenes in it.

There’s no better or worse, it just depends on what effect you’re looking for.

BHO shatter, or, for the sake of education, butane hash oil shatter, is a form of cannabis concentrates extracted using butane as the solvent. The term shatter describes the consistency of the final product. Shatter is what it sounds like. Once purged, shatter has a glass-like consistency which should look translucent or glassy to the eye. Shatter is commonly a clear gold or yellow-brownish color. To purge shatter, it goes through a heated oven at high temperatures to remove the butane from the final product. Leaving too many residual solvents in the final product is unsafe to the consumer and potentially harmful to medical patients. The purging process is vital before consumption.

BHO wax is practically the same as BHO shatter. The primary difference in BHO shatter and wax is the final consistency. The initial soaking process is practically the same, and the overall potency (60% – 80%) is usually close to the same depending on the material used. Wax is a consistency similar to a candle or ear wax. It often has many holes in the product from the purging method. Wax is also known as budder and crumble from time to time. Regardless, the only difference from wax to shatter is its purging method. To remove butane from the wax, the wax is agitated by stirring or whipping the solvents from the oil. The final product, when adequately whipped or agitated, is what people refer to as wax.

It is a type of BHO that is named for the waxy texture it has. This kind of concentrate contains more lipids than Shatter, so they are opaque, as they do not let light through. It also tends to contain more terpenes, and although THC concentrations may be lower, the effect can be more powerful because of the entourage effect, as it is an extraction that drags in more components from the plant.

The term Wax may go alone and refer to one type of BHO finish, or go along with other terms to refer to variations such as Sugar Wax, Crumble Wax or Budder Wax among others.

If you’re looking for a more complete effect, we recommend wax, but if what you want is a really strong high, you’ll prefer shatter. Even though BHO and derived consistencies are widely known by cannabis users, they’re not the best nowadays.

Because the cannabis market has developed so much in the last couple of years, you can find better quality solventless extracts, which not only are strong but will have more cannabinoids and terpenes, providing a better experience when consuming.