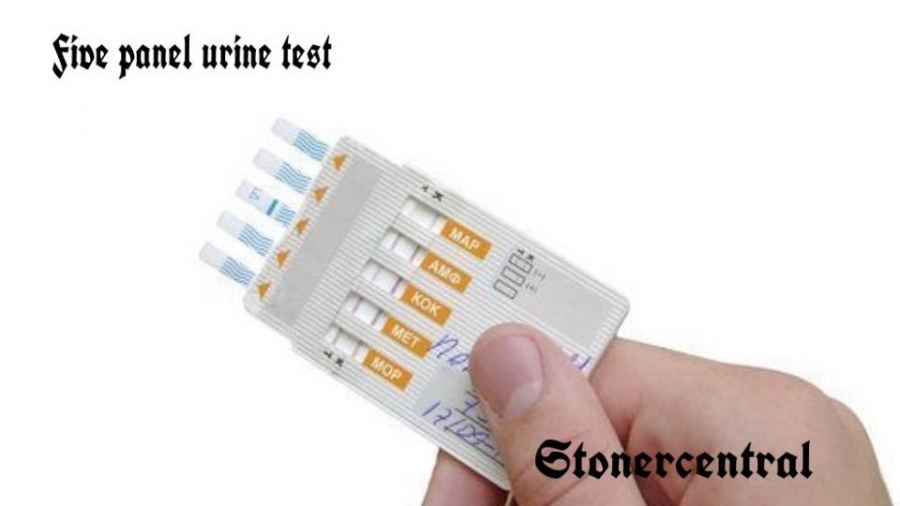 For the majority of workplace drug tests, a 5 panel drug screen is used. In fact, this is the standard for the Federal government’s Mandatory Guidelines for Workplace Drug Testing.

The Department of Transportation (DOT) also uses 5 panel urine drug tests. DOT requires their truck drivers to undergo a drug test prior to employment. DOT also requires this test at least once randomly per year, after most accidents, and if reasonable suspicion exists that a driver is abusing drugs. The DOT 5 panel drug test checks for THC, Opiates, PCP, Cocaine, and Amphetamines.

Therefore, unless a need exists to test for a specific substance, Mobile Health suggests a standard five panel drug screen for all workplace drug testing.

Commonly found in the form of a white powder, Cocaine is many times mixed with other similar looking powder such as baking soda or baby powder to create artificial filler. Cocaine is a processed drug made from the leaves of the coca plant. Some enjoy a lighter effect of cocaine by chewing the raw coca leaf.

As a stimulant, cocaine is popular among people who need to stay up for a long time, such as for an overnight work shift or to attend all night parties. It is also an appetite suppressant that can cause dangerous and rapid weight loss.

The United States government recognizes cocaine as a schedule 2 drug with high potential for abuse but less abuse potential than Schedule I drugs. They are likely to lead to severe psychological or physical dependence and are considered dangerous, and are tested in all 5 panel drug tests.

Amphetamines are usually found in pills and crushed by the user for snorting. Like cocaine, amphetamine is susceptible to artificial fillers to add weight to the drug. Amphetamine is a laboratory drug commonly found in ADHD and ADD treatment drugs such as Adderall and Ritalin.

Like cocaine, amphetamine is also a stimulant and appetite suppressant, but to a lesser extent. Instead of the energy rush of cocaine, amphetamines simply allow the user to stay awake, alert, and focused. High school and college students are common users of this dangerous but popular “study drug.”

It is considered a schedule 2 drug with high potential for abuse and potential for psychological or physical dependence. Although illegal recreationally, physicians may prescribe amphetamines.

Methamphetamine is a form of amphetamine with a similar chemical base, most commonly known as its nickname, “meth.” Meth is found as a powder or in a crystallized form. Since most meth is made by illicit home laboratories, it is hard to establish a standard of composition or strength.

The user of meth experiences a sudden rush of euphoria and increased energy and focus. After the initial effects subside, the user now requires a larger amount to regain the same high. This dangerous addiction creates a strong and violent dependence. Over time, meth destroys dopamine receptors, making it impossible to feel pleasure.

Due to the dangerous effects and habit of meth, the U.S. government considers meth a schedule 2 drug, along with cocaine and amphetamine. It is illegal, and a top target for law enforcement agents, and usually tested in a 5 panel drug test. Some medicinal uses for meth exist by prescription, but these are rare and tightly regulated.

Opiates derive from the opium poppy plant usually found in South-East Asia. The opiate base is used to create illicit drugs such as heroin, as well as medicinal painkillers like morphine.

Strictly a relaxer, opiates reduce pain and increase euphoria in the user. Illegal versions of opiates such as heroin and opium can be smoked, snorted, or injected. Like meth, addiction to opiates is very strong, and can consume one’s life. When injected, the sharable diseases transmitted introduce a new risk to using the drug.

Since there are legitimate uses for opiates in the medical field, the Department of Drug Enforcement (DEA) schedules different versions of opiates individually. Consequently, heroin is a schedule 1, but Vicodin, a prescribed painkiller made from opiate derivative, is a schedule 3 drug.

Tetrahydrocannabinol, commonly known as THC, is naturally found exclusively in the marijuana plant and in a synthetic form as Marinol. Marijuana is found either in dried flower buds, processed into hash, or found is baked foods such as brownies and cookies. Users either smoke the dried buds and hash, or eat the edible baked goods.

Users of marijuana mostly smoke it to achieve a feeling of relaxation and euphoria, but anxiety and paranoia is possible. Marijuana does not have a strong dependence factor. However, prolonged use can result in a variety of negative cognitive effects relating to space and time perceptions as well as a lack of motivation.

The federal government recognizes marijuana as a schedule 1 drug with no medicinal uses. However, many U.S. states recognize medical uses and allow legal prescription of marijuana. Colorado and Washington have also legalized marijuana recreationally, but often still test for THC in a 5 panel drug test.

Phencyclidine is a synthetic chemical generally made in illegal laboratories or stolen from veterinary sources. It can be found either in a powder form or in a clear, yellowish liquid. Users can smoke, inject, snort, or take in the drug in a variety of different ways.

Legitimately made as an animal tranquilizer phencyclidine, also known as PCP or angel dust, is used recreationally to induce hallucinations and dangerous ‘out of body’ experiences. Severe cases of PCP use are contributed to prolonged states similar to schizophrenia.

TOWARD A DRUG-FREE WORKPLACE

These are the most commonly abused and dangerous drugs that Mobile Health encourages employers to screen for during a 5 panel drug screen. From dangerous dependency related risks to cognitive deterioration, these drugs are a risk to the user and the workplace. A 5 panel drug test is designed to detect these substances, and allow employers to take appropriate decisions relating to enforce their drug free workplace.