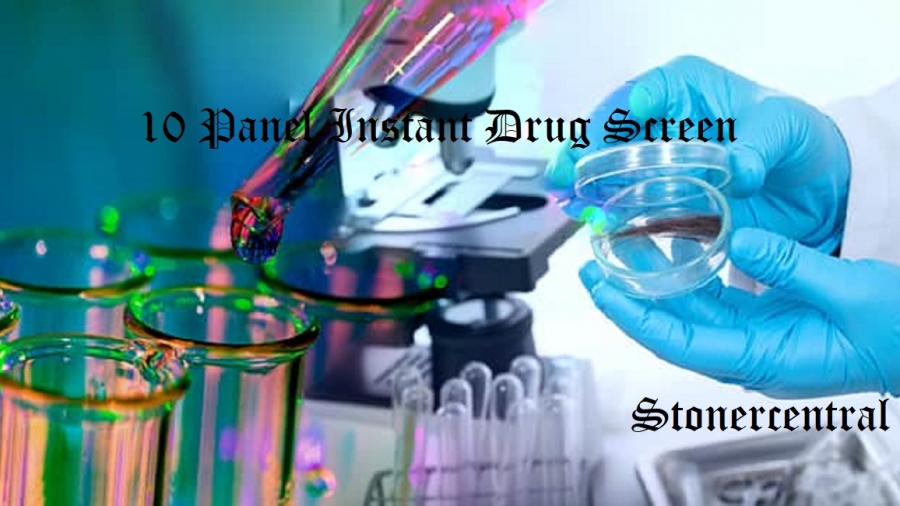 The 10-panel drug test screens for the five of the most frequently misused prescription drugs in the United States.

Although it’s possible to use blood or other bodily fluids to conduct a 10-panel drug test, urine tests are the most common.

Keep reading to learn more about what the test screens for, the detection window for screened substances, and more.

The tests are simple to administer and take and are widely available. Similar tests are popular for testing potential employees, though a simpler 4- or 5-panel drug test with alcohol is more common.

What does it screen for?

The 10-panel drug test screens for the following controlled substances:

Benzodiazepines are also known as benzos, normies, tranks, sleepers, or downers. They include:

Other screened substances include:

Employers can test for any legal or illegal substance, including medication taken with a legitimate prescription.

What’s the window of detection?

Once ingested, drugs remain in the body for a limited amount of time. Drug detection times vary according to the:

Some approximate detection times for drugs screened in the 10-panel drug test include:

Who takes this test?

Professionals who are responsible for the safety of others may be required to take this drug test. This may include:

If your current or prospective employer asks you to take a drug test, you might be required by law to take it. Your hiring or continued employment might be contingent on a pass. However, this depends on the laws in your state.

Avoid drinking excessive amounts of fluids prior to your urine sample. Your last bathroom break should be two to three hours before the test. You’ll also need to bring an official ID to the test.

Your employer will provide you with any additional instructions as to how, when, and where to take the test.

What to expect during

Your drug test might take place at your workplace, a medical clinic, or elsewhere. The technician performing the drug test will provide instructions throughout the process.

The preferred site for a urine test is a single-stall bathroom with a door that extends to the floor. You’ll be given a cup to urinate into. In rare cases, someone of the same gender might monitor you while you provide the sample.

The technician might take additional precautions to make sure the urine sample isn’t tampered with. These can include:

turning off the tap water and securing other sources of water

putting blue dye in the toilet bowl or tank

removing soap or other substances

conducting a site inspection prior to collection

measuring the temperature of your urine afterward

Once you’ve finished urinating, put the lid on the container and give the sample to the technician.

Some urine testing sites offer immediate results. In other cases, the urine sample is sent away for analysis. The results should be available within a few business days.

Drug test results can be positive, negative, or inconclusive:

A positive result means that one or more of the panel drugs were detected at a certain concentration.

A negative result means that the panel drugs weren’t detected at the cut-off concentration, or at all.

An inconclusive or invalid result means that the test wasn’t successful in checking for the presence of the panel drugs.

What to expect if you get a positive result

Positive drug test results typically aren’t sent to your employer right away. The sample will likely be retested using gas chromatography-mass spectrometry (GC/MS) to confirm the presence of the substance in question.

If the second screening is positive, a medical review officer might speak to you to find out whether you have an acceptable medical reason for the result. At this point, the results may be shared with your employer.

What to expect if you get a negative result