How to Do Drug Test 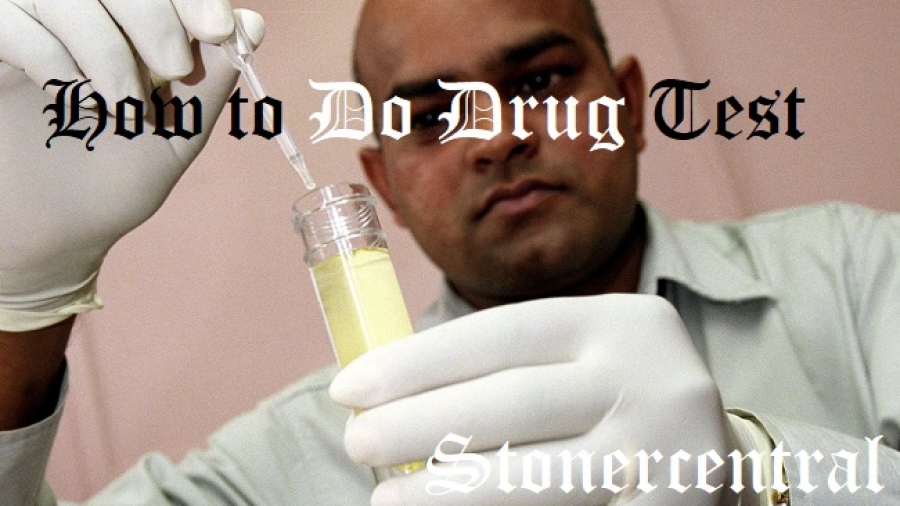 There is tons of information out there about how to pass a drug test. But it’s all over the place, and you have to surf around trying to get all the information you need from different places. Then you have to patch it together and work out what’s true, and what actually works.

Which is why I’ve put together this ultimate guide to learning how to pass any type of drug test.

You’re going to learn everything you need to know about passing a urine drug test, from how long drug metabolites stay in your system, to how you can detox for a drug test naturally, through to the exact methods for passing any type of drug test.

Why & How Marijuana Stays In Your System

Any drug you take make you high because the body breaks it down. The active ingredients are broken down into molecules, called metabolites.

So all types of drug have metabolites, which can then be detected in drug tests. But marijuana is actually slightly different and can be a bit more problematic because of how it lingers in the body.

Basically, when you smoke or ingest cannabis, there are more than 50 metabolites, the most common of which is THC.

Like most drugs, the half-life of cannabis is quite short, around 20 hours. The half-life of the drug is the time it takes for your body to eliminate half of the toxins. But the rest can linger on.

That’s why you’ll probably never hear about anyone having a blood test for any type of drug under normal circumstances because, within as few as a dozen hours, it will be undetectable in blood.

But the problem with marijuana is that the rest of those toxins get distributed around your body, with some working their way out through sweat, urine, and stools, and some attaching themselves to fat cells in the body.

So the problem with marijuana is that the drug metabolites can get attached to the cells in a way most other drugs don’t, which means that they are working their way out of your body over a much longer period of time than most other drugs.

How Long Marijuana Stays In Your System

Before we take a look specifically how long marijuana stays in your system, let’s take a look at how long some of the more common drugs are detectable:

So as you can see, most common substances are not detectable after around a handful of days. However, chronic users can see those times extended, simply because there are more metabolites than the body can expel in the usual amount of time.

Cannabis can take up to 10-13 days to work its way out of your body, by detaching from the cells and working its way out through sweat, stools and urine. For chronic users, daily smokers, this detection time can extend up to a month.

So as you can see, cannabis is a different beast when it comes to drug detection times. Although it’s actually one of the least harsh and harmful narcotics, it is the one that’s going to get you caught the longest amount of time after you have taken it.

What About Drug Detection Times In Hair?

In terms of being detectable in hair, cannabis can be detected for up to 90 days. But this is exactly the same for every type of drug. What happens is the metabolites attach to the hair follicles, and then when the hair strands grow, these metabolites get trapped.

If you have long hair, you could trap six months worth of drug use as a record in a single strand.

But that’s not the whole story. Drug detection facilities only take a length of hair equivalent to the previous 90 days. This is also the only legal amount they can test.

So it doesn’t matter how many drugs you’ve taken more than 90 days ago, as long as you haven’t taken any in the past 90 days, then you will not have any type of drug detected through a hair follicle drug test.

The Different Types Of Drug Test You Could Face

When it comes to learning how you can pass a drug test easily, it’s best to understand the different types of drug test that you could find yourself facing.

Especially if you’re trying to find out the best way to pass a drug test on short notice, then you need to be educated on the type of tests, then you can understand what happens, and how you can beat them.

Generally, you will face one of the following types of drug test:

The mouth swab drug test is one of the most dangerous types if you get caught within a few hours of taking something. Although drug metabolites don’t stay , often 12 hours or less, if you get a mouth swab done in that time, you could get caught out.

The other reason they are more dangerous is that they can be administered by employees. You don’t need special training to put a cotton bud in someone’s mouth and then test it against a panel to see what the responses are. So it’s dangerous because of its immediacy, you don’t need to go off to the lab testing facility.

The urine sample drug test, or urinalysis test, is the most common type of drug test in the world today, certainly within the domestic United States employment market. It’s dangerous because it is cheap and efficient to administer.

However it’s a weak point is that there are several strategies you can employ for passing a urine drug test, even at short notice.

As you now know, drug metabolites can stay in urine for up to 13 days, usually though it’s around 5 days on average. Which means that within a few days of taking something you should be okay, but if you’ve taken something in the past week, then there is a risk. And as you now know, with heavy cannabis use, you could be at risk for up to a month.

The blood sample drug test is the type of drug test you are most unlikely ever to face. The reason for this is that it needs a trained person to administer it, you can’t just have anyone clicking a sample collection needle into your arm.

So you’re only ever really likely to face a blood sample drug test if you come up against law enforcement, insurance, or the courts.

On top of that, as you now know, drug metabolites are not detectable in blood for very long. They either pass out quickly through urine (and for some drugs in sweat and stools), or the metabolites attach themselves to cells in the body as they move through your blood system.

On the downside, a blood sample drug test is incredibly accurate

The last type of drug test you could ever face is a hair follicle drug test. This is almost impossible to beat, but not quite.

So it’s invasive and difficult to beat. It’s also expensive, and you are unlikely to face one unless it’s for a high salary job, or through law enforcement, insurance, probation, or the courts.