Effects cannabis has on the body 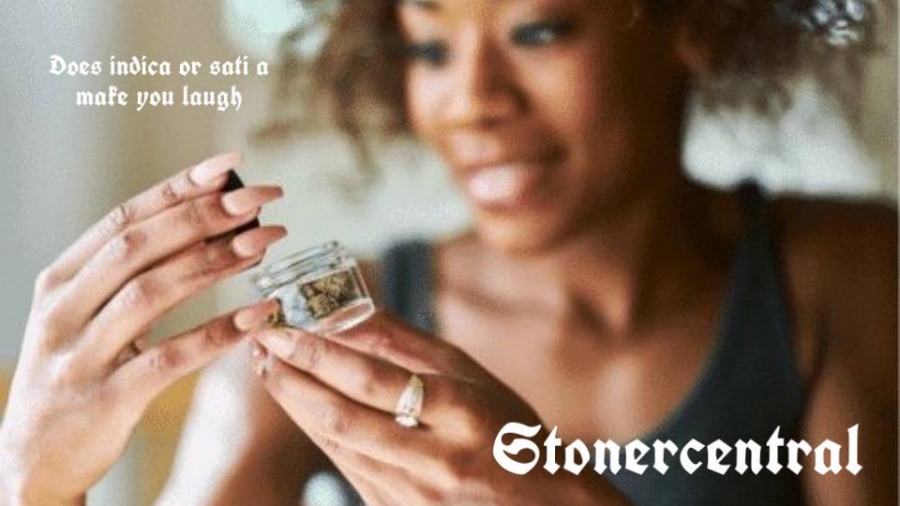 What Strain Makes You Laugh the Most?

From the humble chuckle to the riotous guffaw most of us enjoy a good laugh, and for getting a fit of the giggles few intoxicants work quite as well as cannabis. If you’re looking for a good strain that will make you laugh we’ve got a list of recommendations sure to put a smile on your face which you can check out below. But first let’s share a few tidbits about the science of how marijuana helps make you laugh.

Why Does Cannabis Make You Laugh?

Laughter is a function of our neurological system and invokes a wide array of our brain’s functions; from language to motor skills to our logic centers, laughter is a very complex human experience. Most of the functions activated during laughter are located in the human brain’s temporal and frontal lobes, which could potentially explain the interplay with cannabis.

As you get high your heart rate and blood flow typically increase (leading to many a newcomer getting terrified that they’re experiencing a heart attack), particularly in the left temporal and right frontal lobes; this could be a potential cause for the common “side effect” of getting the giggle fits while high. Unfortunately this is purely conjecture, as few scientific studies have been released attempting to relate cannabis to laughter, but as a starting point it seems fairly solid.

We do know that cannabis has emotionally sedating qualities, and according to a 2012 study carried out in part by the Rudolf Magnus Institute of Neuroscience marijuana has been shown to reduce the brain’s response to negative stimuli – Meaning positive stimuli (IE: things that make us laugh) have a greater impact.

Of course it’s a scientifically proven fact laughter is good for you but as mentioned above sometimes getting good and stoned can feel like it’s going to be too much. Which leads us to the question…

Can You Die From Laughing?

… alright, we would be lying if we said “no” because it has happened. But the odds are even if it seems like you’re laughing so hard you’re going to croak, you’ll probably be just fine.

Though excessive laughter can be a symptom of potentially fatal neurological disorders there’s usually going to be something serious enough going on with anyone experiencing these syndromes as to be noticeable, such as fainting spells or internal bleeding. And while you can laugh yourself to the point of passing out or even having acute heart failure the number of reported incidents of death from laughter are incredibly low.

What Will Make Me Laugh While I’m High?

This is a question with a lot of subjective answers, and it’s mostly based around what you as an individual find amusing – Silly gifs on the internet, your favorite stand-up comedian, funny cat videos, you name it. Whatever it is that brings you joy on a day-to-day basis will likely also bring you joy while you’re high.

But being stoned is often an experience best shared, and one thing we do know is that research has scientifically proven that laughter is contagious. As laughter is strongly influenced by social context we are thirty times more likely to laugh if in the presence of someone else; there have even been situations where laughter can be dangerously infectious, though thankfully not to the point of death. While you and your friends might have a solid laugh at that old episode of Frasier you found on TV you probably won’t devolve into a hallucinating, roving band of laughter zombies. Probably.

Of course you’ll need a good strain selection to do said sharing with, so with that in mind it’s time to talk about…

High There’s List of the Most Euphoric Cannabis Strains

Before we delve in to our big list of giggle weeds let’s start with a brief disclaimer: As discussed in our Sativa vs Indica article the effects of different cannabis strains are highly subjective – While we can give recommendations for the most euphoric strains based on common user experiences & reviews the strains on our list may or may not work as described for every single person.

That said, even if a particular strain on this list may not have you dying laughing by the time you’re high we still think these are all solid recommendations worth checking out; we doubt you’ll be disappointed either way.

Well, it is in the name, right? Laughing Buddha is a sativa strain of cannabis that has a reputation for living up to it’s title. With typical experiences described as cerebral and energetic Laughing Buddha has a strong, deep green scent crossed with a heavy dose of lemony citrus. Smokers have described Laughing Buddha as giving a heavy “mind race” sensation, inducing giddyness and talkativity, as well as enhancing positive feelings in social gatherings.

What was originally called “Cush” saw a change in moniker when passed under the attention (and into the lungs) of Tha Doggfather himself, Snoop Dogg. Snoop was so impressed by this sativa-heavy hybrid he declared it “green crack” and, well, when Snoop Dogg renames your weed you take that and run with it. With a bright, sharply tropical scent Green Crack is a potent daytime smoke with an energetic, uplifting high; great for anything from a day of cleaning, to long walks or binging some Netflix.

The strain of cannabis even your great-grandmother knows about, OG Kush is OG for a reason. A sativa dominant hybrid strain with a very indica-like appearance to its buds, OG Kush is known for being a heavy hitter, often weighing in with over 20% THC content. Citrusy with a touch of musk OG Kush can deliver a harsh-hitting, piney smoke but is backed up with a serious head rush. Known by most for carrying a serious “buzzy” quality OG Kush can be a great smoke for a party environment.

Church OG is a 50/50 hybrid strain of sativa and indica with a high THC content and a gentle CBD twist (usually a 19%/1% ratio) making it perfect for both medicinal and recreational use. Effects vary between users, with some more taken into a dozey, giddy couch lock and others experiencing an energetic, productive high; physical relaxation and euphoria, though, are commonly reported from all types of smokers.

Categorized as a 65% C indica strain Mango Kush has a somewhat lower THC percentage than some other marijuana strains on this list (typically around 11% THC) but that doesn’t make this a lightweight smoke. Users of Mango Kush report a heavy body high followed by a deep euphoric sensation; drowsiness has been reported with heavy use but expect laughing fits to settle in before you doze off to take that nap.

A true classic, and one that has been cultivated for literally centuries, Durban Poison is one of those strains that has a name designed to make you understand what you’re getting into when you smoke it. Though Durban Poison certainly won’t kill you it may make you think you’re going to die laughing, with a heavy THC content usually measured anywhere between 15% – 25%. As far as original sativa strains go this one is a legend for a reason.

A 100% sativa hybrid between the aforementioned OG Kush and Sour Diesel, Sweet Diesel is a potent cannabis strain known for it’s very relaxing, alert high. Expect both energy and a mellow calm from this strain, perfect for a day of hanging out with some close friends. As with other Diesel-based strains this variant is good for anxiety, but one with a little less of a powerful kick than it’s OG parentage.

50/50 hybrid strain Gorilla Glue is a whopper of a smoke, with buds routinely weighing in a 25%+ THC content – The highest THC amount on our list. Most users report Gorilla Glue as being a heavy and sedating smoke, with couch lock and stoney zoning very common. While sinking into that couch, though, expect high levels of amusement and overall giddyness, even if you may end up a bit too blazed to giggle as hard as you’d like thanks to Gorilla Glue’s potent punch.

Another sativa/indica hybrid, Blue Diesel is known for it’s sweet, citrusy taste and relaxing, euphoric qualities. An excellent day-time strain this hybrid isn’t known for being particularly heavy or causing fatigue, and Blue Diesel’s light but long-lasting high is often noted for its anxiety and tension-relieving effects; key factors if you’re looking to spend a day with a case of the giggles.

Saving one of the more interesting strains for last Chemdawg is a sativa-heavy hybrid with a winning lineage. Believed to be a parent for both the OG Kush and Sour Diesel strains we list above Chemdawg is worth a look on its own, with a pungent, sour smell and taste. An averaged THC content of around 15% – 20% means this smoke will definitely be noticeable, and works well as a daytime strain with a upbeat, positive buzz.

As we mentioned earlier if you’re looking to answer the questions “does indica make you laugh” or whether sativa dominant strains are better for getting the giggles, it’s not a simple, cut and dry answer – What cannabis strains will give you the sought-after “laughing high” are very subjective, and though we’ve listed out a good few heavy hitters that you’ll likely be happy with regardless we can’t say with 100% certainty that any of them will make you go into knee-slapping conniption fits.

As we’ve said before the same weed strains taken by different people can effect each individual in different ways. Factors like how the plants were raised, how much THC/CBD content they contain, their exact distribution of terpenes – All of these elements can make, say, an ounce of Blue Diesel bought in California vs a sack of Blue Diesel bought in Alaska have vastly different effects, to the point they might as well be different strains entirely. And that’s not even getting into method of intake – Are you smoking? Vaping? Eating an edible? These factors also have a huge influence on how a strain will effect you, making any “review” of a cannabis strain highly subjective at absolute best.

What we can tell you is that the list of weed strains above is full of solid recommendations, with a good number of user reviews praising each for their euphoric qualities, and that makes them all winners in our book. If you’re trying to figure out what the best strains to make you laugh are our advice here is the same as it will always be on our site – The only way to truly discover how specific weed strains will effect you personally is to try them all yourself (a terrible task, we know).

We hope we’ve given you a few good pieces of information, alongside some recommendations you’ll check out next time you’re at the dispensary. Just remember: The best way to make sure your strain of choice will make you laugh? Sharing it with people you care about and are comfortable around. Now fire up the bong/joint/dab rig and turn on the random Youtube clips – It’s time to have fun with friends. Happy smoking!