Why Does Cannabis Make You Laugh? 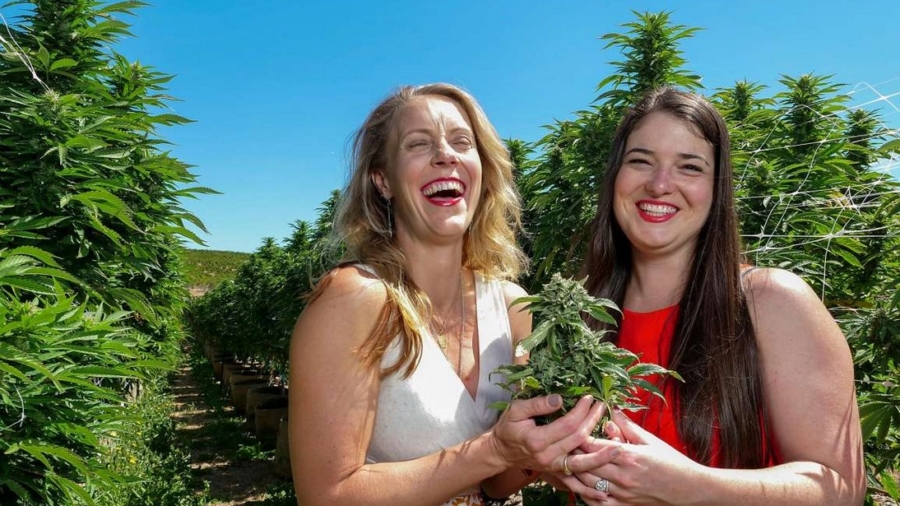 They say that laughter is the best medicine and this drug/medicine comes with its own side effects of laughter. Whether it’s going to classes high and then barely keeping it together, or smoking a blunt with a friend and laughing until your stomach hurts, weed has a propensity to make you laugh, often, for no apparent reason. On a related note, this particular characteristic of cannabis makes one wonder whether those uncles at laughter yoga ‘take a puff’ before they start laughing for no reason at all.

Experiences with weed can be highly subjective but stoners can unanimously agree that cannabis can turn any mundane movie into a full-fledged comedy movie. And can momentarily make you the ‘funny friend’, if your friends usually scoff at your jokes. On the whole, it’s safe to say that uncontrollable laughter is one of the stoner stereotypes that hold true.

Whether it’s people downing the traditional drink of Bhang during Holi and giggling throughout the day, or smoking a doob and uncontrollably laughing to a moderately funny joke, it seems weed triggers something in our body that induces laughter. But before we try to decipher why weed has the ability to make you laugh, let’s take a quick look at how laughter works.

As we know, sense of humour is completely subjective and personal; something you would generally find funny, others may not. But why do we laugh? Research has shown that there is no single definitive “cause” for laughter. Instead, it involves numerous parts of the brain working together to provoke a reaction.

Starting with the frontal and temporal lobes of the brain, these are responsible for processing humour. Other areas of the brain that control motor function, store memories, and interpret language/tone and logic all work together to provoke a reflex reaction that causes you to burst into laughter. As a result, endorphins are released, making you feel good and improving your overall mood. While it may seem strange to break down such a human response like laughing into impulses and functions, it is indeed the science behind the phenomenon.

Now that you have a better idea of why we laugh, and why it makes us feel good, it’s time to turn our focus to the question at hand: What role does cannabis play in provoking laughter?

CANNABIS INCREASES BLOOD FLOW TO THE BRAIN AND LIFTS YOUR MOOD

As mentioned, laughter is interpreted through the frontal and temporal lobes of the brain. Studies have shown that using cannabis increases blood flow to those regions, resulting in an overactive surge of brain activity that could lead to such uninhibited fits of laughter.

Moreover, THC’s stimulation of CB1 receptors in the brain catalyses the release of neurotransmitters like dopamine and serotonin, which work together to encourage feelings of contentment, euphoria, and glee. Much like you would feel when exercising, eating, or falling in love, these neurotransmitters only serve to lift and improve your mood. Thus, increasing these chemicals in your brain could lower your inhibitions and boost your willingness to laugh.

Coupled with the previous factors, another reason behind those stoned laughing fits could be that it’s contagious! As smoking cannabis is often done in a social environment, you’re more than likely to be in a good mood already, sharing jokes and stories together between tokes. Much like yawning, if someone starts laughing, chances are you’re going to join in too, especially if you’re high. It’s just a reflex you can’t deny.

With increased blood flow to your brain and subsequent neurotransmitter release, it won’t take long to get the laughter going. Many stoners can regale you of countless times where they’ve been doubled-up crying; their abs and faces sore from laughing.

When you’re stoned and in hysterics, it’s likely that you aren’t sitting at home alone (although scrolling through this Reddit thread by myself yesterday completely contradicts this assumption). In the same way that friends might like to crack open a beer together, cannabis is a social bonding experience. So in addition to the fact that cannabis brings a boost to our mood and stimulates areas of the brain associated with laughter, simply sharing the experience with someone else can make laughing easier. Why? Because laughing is contagious.

The reasons for this are still emerging in science, but researcher Sophie Scott dedicates her studies to the social role of laughter. In a TED Talk, she explains, “It’s an enormously behaviorally contagious effect. You can “catch” laughter from somebody else, and you’re more likely to catch laughter from somebody else if you know them. It’s modulated by the social context.” In fact, you’re 30 times more likely to laugh when in the company of another.

So in summary, cannabis appears to stimulate laughter by changing blood flow in the brain and exciting related neural pathways, and the presence of loved ones seems to only make laughing fits worse. We’re waiting for research to bring conjecture to proof, but considering the difficulty in studying even its medicinal, life-changing potential, it may be a while. Until then, just appreciate the fact that cannabis helps awaken the humor in us, making life a little less stressful.

Have you ever sat in a room full of people laughing your socks off for no reason? That tends to happen when you encounter other people who see or hear something funny and fall into fits of hysterics. Like it or not, laughing is contagious regardless of whether you choose to consume cannabis from a Las Vegas dispensary or not. With that in mind, and then you consider that most potheads have friends who also love to smoke, it becomes apparent that socially-contagious laughter might play a role in the situation. When one weed enthusiast sees or hears something funny, their pals will often laugh alongside them even if they don’t understand the cause of the humor. That is because listening to or watching someone laugh is often funnier than the joke itself.

Now you know some of the reasons cannabis makes you laugh, there is no need to stress about the prospect of you ending up in the same state as those actors in the 1950s propaganda film Reefer Madness. Times have changed, and our understanding of weed has progressed. Almost all medical experts now know that marijuana like that available from Las Vegas dispensaries is safe for all adults to consume. It is not going to affect your brain in any adverse ways, even if you sometimes act like a child and laugh at silly things. So, why not head down to your local dispensary now and kick back with a new strain? You probably need it after reading all the information in this post.