Does human hair affect the growth of plants? 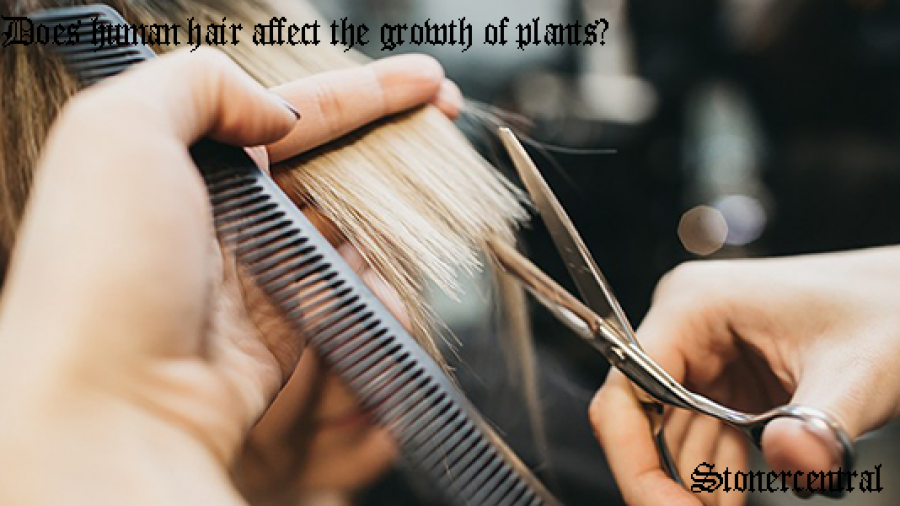 There are many things that describe or characterize mammals, and one of them is hair. Hair grows all over the human body, except for a few areas, like the soles of the feet, the backs of the ears, the lips and other areas, and continues to do so until death. Hair growth and development is because of a protein known as keratin, meaning as long as there is life, the hair will continue growing.

Cutting or trimming hair is the easiest way of taking care of it. However, where do you take the cut hair? The environmentally-conscious people will therefore seek to know if hair can be composted, and this article will look into this topic in depth.

All those snipped locks that are swept up after your haircut could be turned into crop fertilizer, researchers now say.

Does Hair Decompose In Soil?

Of course, hair breaks down in the soil. If you decide not to go the composting route with your hair, it is perfectly fine since the hair will naturally decompose in the soil. In fact, some researchers have found luscious locks and grizzled beards have more nitrogen than manure and can make a great, natural replacement for traditional fertilizers and herbicides.

The decomposition of hair is dependent on several factors, such as the local environment and microbial life, but in general, it takes more time than most tissue. This is primarily because of its molecular structure.

Hair is made up of a protein known as keratin, which is fairly resistant to decomposition by proteolysis, or protein decomposition. As such, there is not a uniform speed at which hair can decompose.

Although if the environment, microbial life and internment methods favor decomposition, it will be relatively quick. If the factors do not favor the process, hair can take tens of years before decomposing. There has been evidence of hair on human remains, professionally excavated, approximately 100 years since burial. Hair has also been found on far older mummies.

In addition to water and sunlight, plants need certain nutrients to grow, particularly nitrogen. While nitrogen is abundant in the Earth’s atmosphere (composing about 78 percent of it), it is in the form of molecular nitrogen (two nitrogen atoms bonded together), which is unusable to plants.

For plants to take up nitrogen, it must be “fixed” into compounds such as nitrate (one nitrogen and three oxygen atoms), which plant roots can absorb from the soil.

While some plants, such as legumes, get their nitrogen through symbiotic relationships with nitrogen-fixing bacteria, others rely on fertilizers, whether organic (composted plant waste or animal manure) or inorganic (the man-made stuff you buy at the gardening center).

Previous studies had also shown that human hair discarded from barbershops and hair salons can also be a nutrient source for plants when combined with other compost materials. But it had not yet been proven that hair could act alone as an effective fertilizer.

To test this, Vlatcho Zheljazkov and his colleagues at Mississippi State University pitted waste hair against commercial fertilizers. They compared the productivity of four plants, lettuce, wormwood, yellow poppy and feverfew, under four different treatments: non-composted hair cubes, a controlled-release fertilizer, a water-soluble fertilizer, and no treatment.

Plant yields increased for the hair-fertilized plants compared to the untreated controls overall, but were still lower than for the commercial, inorganic fertilizers in lettuce and wormwood, which are fast-growing plants. Yellow poppy, however, saw higher yields for the hair treatment. (The results didn’t differ between fertilizers for the feverfew.)

The researchers suspect that some of the difference between hair and the inorganic fertilizers is due to the time it takes for hair to degrade and release its nutrients. So hair shouldn’t be used as a sole fertilizer, at least for fast-growing plants, they concluded.

Further research is still needed to see if human hair waste is a viable option for fertilizing edible crops though because of possible health concerns.

Results showed that, with the addition of hair waste cubes, yields increased relative to the untreated control but were lower than yields in the inorganic treatments, suggesting that hair waste should not be used as a single source for fast-growing plants such as lettuce.

Zheljazkov suggests that, “once the degradation and mineralization of hair waste starts, it can provide sufficient nutrients to container-grown plants and ensure similar yields to those obtained with the commonly used fertilizers in horticulture. However, it takes time for the hair to start degrading and releasing nutrients, as is reflected in lower yields in the hair treatments relative to the inorganic fertilizers for lettuce and wormwood.”

Hair contains much higher amounts of nitrogen than manure, which is a traditional fertilizer. Nitrogen is a major part of fertilization, the first number in many ratios you’ve probably seen (ex. 6–2–4). Considered to be a primary nutrient, Nitrogen is used to aid chlorophyll in providing new growth and aiding older plant growth with a supplement. However, hair takes about 1–2 years to break down completely and chemicals from prior hair treatments have the potential to be released into the soil, so virgin hair is probably the way to go, although if the plant isn’t edible it shouldn’t be a worry, plus the amount of hair you’d use to fertilize would have to be huge to make any real effect in the plant. A florida company has taken advantage of hair as a fertilizer, called smart grow, which makes biodegradable mats of hair which also double as weed barriers.

Overall, yes, hair will affect plant growth as a slow release fertilizer, but can also help the soil around it by keeping it aerated and keeping heavier soils form becoming too dense.