Difference between hash and weed? 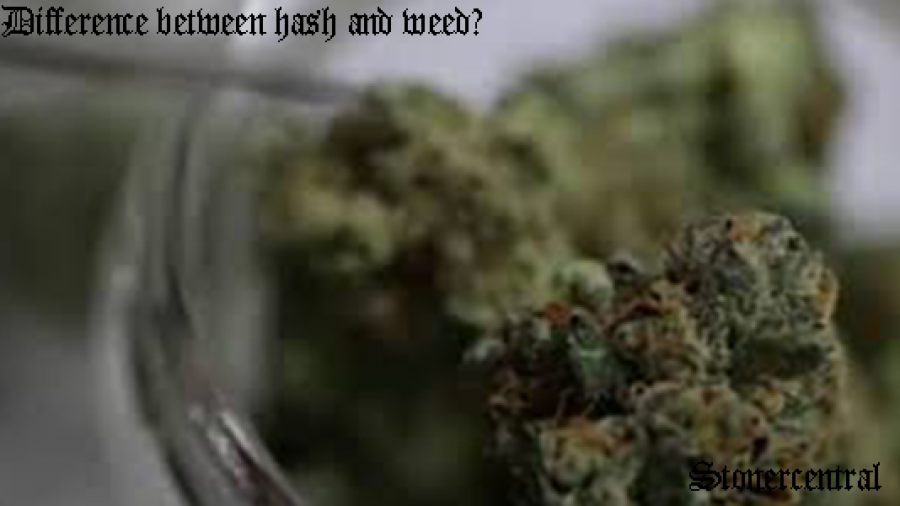 Both hashish and marijuana — also called weed, pot or ganja — are parts of the cannabis sativa plant. The major difference between the two is that the term “weed” usually applies to dried pieces of the plant, mainly flower buds, while hash is a paste from resin, or sap of the plant. Hash contains a higher concentration of psychoactive chemicals.

For centuries, the cannabis plant has been used in the Americas for its psychoactive and perceived health benefits. Most recently, weed, also called marijuana or pot, has been a popular recreational drug in North America.

Cannabis was also used in other parts of the world. Users in Africa and the Middle East preferred ingesting the resin of the plant, which contains a highly concentrated dose of the psychoactive substance THC. In Arabic, hashish means “grass.”

Despite strict prohibitions on drugs of any kind, hash is widely available across Asia, Africa, Europe, and the Middle East.

In general, the Drug Enforcement Administration (DEA) warns that hash is the most potent and concentrated form of cannabis. Hash contains very high levels of THC, usually much higher than marijuana, although THC levels have been climbing in marijuana in recent years.

Since marijuana contains plant material, it is typically less potent than the extracted resin of hashish that eliminates all of the “extras.” Though THC levels vary, marijuana may generally have a potency of 10-20 percent THC while THC levels in hashish can range from 20 percent to 60 percent.

This means that it will take much less hashish than marijuana to achieve psychoactive effects. One hit of hash can go a long way. For someone accustomed to a lower level of THC like that found in marijuana, it can be dangerous to assume the results will be the same.

Higher potency may lead to increased negative consequences of use and raise the risk for an adverse reaction to the drug. NIDA warns that higher levels of THC can raise the odds for addiction. Higher potency can also mean a greater risk for a possible psychotic reaction as heavy use may produce hallucinations, paranoia, and schizophrenia-like symptoms.

The Drug Abuse Warning Network (DAWN) reports that in 2011, nearly a half-million Americans received emergency medical treatment in an emergency department (ED) for a negative reaction to the abuse of a cannabinoid drug. Hashish may also commonly be mixed with adulterants as it is manufactured, which can make it even more potentially dangerous as the individual using the drug may not be sure what other substances or toxins the product may contain

Both hash and marijuana are believed to be widely available in illegal black markets around the world.

While hash is available in America, it is less popular than marijuana. Generally, the hash form of cannabis is more popular and more widely used in Europe and Asia.

In North America, hash is also called “resin,” and some drug users cultivate it from drug paraphernalia. When the marijuana plant is smoked, it leaves behind a thick black resin on pipes. That resin can be scraped off and smoked, though it does not contain as powerful a dose of THC as pure hash.

Many cultures believe that marijuana has spiritual and physical benefits. Modern scientific studies have shown that THC reduces nausea and pain associated with diseases like AIDS and cancer. THC may also aid in mediating symptoms of glaucoma.

For many, the main benefit of using marijuana is recreational, as it induces euphoria in users. Physically, it is not possible to use so much of either hash or weed that a person would overdose like with alcohol or cocaine; however, using too much of either product could lead to extreme paranoia, anxiety, and panic.

Both weed and hashish are used by medical marijuana patients to treat various symptoms, including pain, nausea, swelling, depression, and anxiety.

Because hashish contains such a high concentration of THC, much less of it is needed to attain the same high as with the plant form. Though hash may vary in quality due to its producer and the plant it came from, in general, users should moderate the amount they use to avoid negative psychoactive effects.

Smoking marijuana does have negative effects on the body, causing tar to build up on lungs, which can cause certain types of cancer.

Both hashish and weed have similar negative effects on short-term memory. Though there is no evidence that use of either drug is physically addictive – no withdrawal symptoms result from stopping use – they are habitually addictive, causing users to feel a necessity to use out of habit.

Effects of Marijuana and Hashish on the Brain and Body

A couple relaxing on couch

Marijuana and hashish have similar effects on the brain and body as they both contain THC. Cannabis produces a mellowing “high,” causing relaxation, euphoria, a lack of motivation, impaired motor control, increased appetite, memory lapses, and distorted sensory and time perceptions. Lung and breathing issues, irregular heart rate, cognitive decline, and disruption of brain development in younger people exposed to marijuana or hashish are possible long-term effects of cannabis use.

Over time, and with regular use, dependence on marijuana or hashish may occur. Withdrawal symptoms like anxiety, depression, irritability, sleep difficulties, restlessness, cravings, decreased appetite, cognitive impairment, and mood disturbances can set in when the drug processes out of the body. It can also be addictive, as NIDA warns that as many as one-third of those regularly using marijuana may battle addiction to it.

Marijuana is one of the top drugs used in the international drug trade. Though not a direct side effect of the drug itself, many people have been killed trafficking and transporting the drug. The illegal trade of marijuana between the U.S. and other countries has been linked to terrorist groups and violent drug cartels.

Particularly in the U.S., possession or sale of hash and marijuana has sent tens of thousands of citizens to jail.