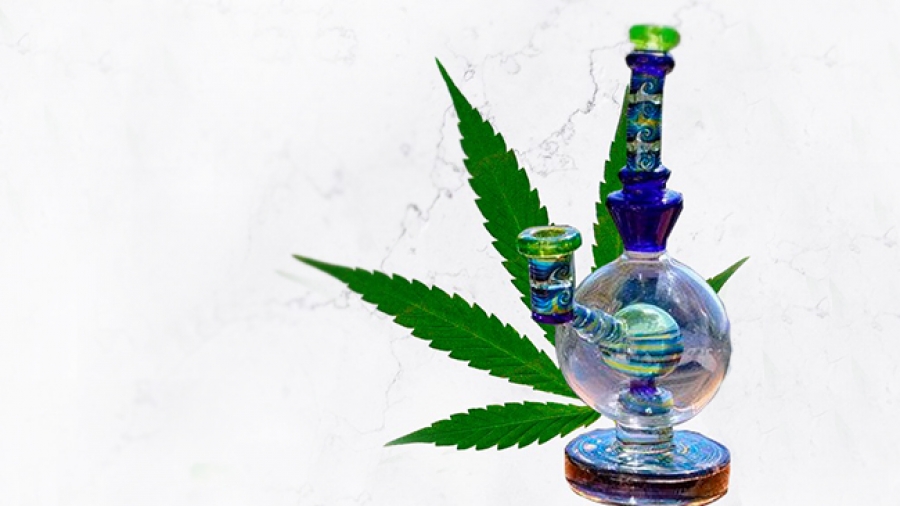 Dabbing is one of the methods for using cannabis—in particular, cannabis concentrates. People who dab discuss this method’s perceived benefits as creating a more intense high and providing a healthier method of using marijuana than smoking it. However, researchers warn that dabbing may come with health risks, including the potential for cancer.

This substance does exceptionally well at holding water and is recommended by growers like Cervantes for planting clones that need to take root. Vermiculite also has traces of minerals like Silicon, Magnesium, Aluminum and Phosphorus. However, Cervantes warns that you should avoid using construction grade vermiculite because it can contain toxins which will harm your plant.

Marijuana is used in many ways, including smoking, ingesting, vaping and other methods. Dabbing is one way to use the plant, although it specifically refers to using a concentrated form of cannabis. There are different concentrates available and varying methods for dabbing.

While marijuana users claim benefits of dabbing, the scientific community has found dangers from this intake method.

How Can I Start Cold Start Dabbing?

If you want to correctly do a cold start dab, firstly you will need a nail – most preferable is a banger. Due to the design of bangers, they allow for a more even spread of heat. This is extremely important when you’re trying to heat up concentrates on an unheated surface. You can even use quartz or ceramic bangers as well.

The next step is to make sure that your nail or banger is clean. Any residual or old substances that have stuck to the surface from other uses will interfere with having a proper cold start dab. After you make sure your gear is clean, load the concentrate into the banger or nail.

After your nail is loaded with concentrate, you can then apply the bubble cap to your nail. Simply light your torch and heat the bottom of the nail, holding the torch a few inches away from the surface. The concentrate should slowly begin to bubble and turn into a vapor – usually, this takes a little less than 10 seconds. After it starts bubbling, lower the intensity of the flame and rotate the cap to create a fan-like momentum and then start to inhale. The first pull should be the most flavorful and you should get usually one to two pulls per session, but it all depends of course on what type of concentrate you use and the amount you put in.

A dab refers to a single portion of concentrated cannabis, and dabbing is the act of using dabs through vaporization. Dabbing has generally used extracted tetrahydrocannabinol (THC) resin but has increasingly been including other components such as cannabidiol (CBD) and terpenes. The resin can come in different forms, including:

The concentrate can be extracted in different ways, including:

The user puts the substance into a bong (called a dab rig when used only for dabbing) or pipe and then heats it using a blowtorch. This creates a vapor that the person inhales to gain the effects of the THC. Dabs could also be used on a hot nail or knife, or with available devices, such as E-nails, vape pens and other vaporizers, that allow for dabbing without the traditional tools and blowtorch. Also, many experienced users perform low temperature dabbing with tools called carb caps or quartz bangers.

How to Dab Weed Concentrates

The technique, upfront cost, and the number of accessories involved in dabbing may be overwhelming to newcomers. But once you get the process down, using a rig can be easy and efficient. The key steps are simple:

What is a “dab” exactly? A dab is simply a slang term used to denote THC concentrate, a substance that is extracted from marijuana plants using butane. The THC concentrate forms as a dark brown or yellow wax, a very sticky, gummy substance, hence the name “dab.” Marijuana dabs are also called butane hash oil, honey oil, budder, crumble, and shatter.

Unlike bulk marijuana, marijuana dabs can be consumed in e-cigarette vape pens. That’s another reason why dabbing is harmful, purely because young people can inhale highly concentrated THC out of a seemingly harmless vaporizer device. When someone uses marijuana dabs out of an e-cigarette, it looks like they’re just vaping nicotine and water vapor, which is what most people use e-cigarettes for. The only noticeable difference is the smell created by vaping a marijuana dab, and that smell can be concealed by various means.

Why Do People Dab?

The idea behind dabbing is to gain a more intense and faster high from using marijuana than the person would achieve from unconcentrated forms. The extra intensity comes from the increased concentration of THC—the psychoactive component of cannabis—and from the terpenes that can increase THC’s effects.

Harmful Side Effects of Dabbing

Dabbing can lead to rapid heartbeat, blackouts, psychosis, paranoia, even hallucinations. Dabbing has also been associated with accidents and falls.

Proponents of marijuana legalization would stand against any criticism of dabbing, saying that dabbing is merely a “different way of using cannabis, albeit a more potent one.” But in truth, that’s precisely why dabbing is so dangerous and why it should be avoided at all costs.

As if the practice of dabbing was not harmful enough, just the production of dabs is also quite dangerous. In a process called “blasting,” butane solvents are run through marijuana buds to pull out the cannabinoids. Then, the solvent is evaporated, and the resins left behind are 60 to 80 percent pure THC. Because the extraction of THC involves butane, a highly volatile, combustible substance, it is not uncommon for people attempting this process to get injured, to start a fire, or even to create an explosion.

Unfortunately, as the procedure for producing dabs is simple enough (in theory at least), lots of people attempt such a procedure at home. That has led to several accidents, injuries, and even entire homes lost due to explosions and fires.

Risks of the Dab Drug

Proponents of dabbing believe that it provides a safer and cleaner experience over smoking marijuana, because they’re breathing in a vapor rather than the smoke of burning leaves. However, it is not necessarily safe. Research has found that the vapor created by dabbing with butane hash oil included significant amounts of the cancer-causing chemical benzene, as well as the noxious irritant methacrolein.

A study from the Journal of Medical Toxicology analyzed cases in which patients had suffered from BHO burns. Results revealed that the median burn size was 10% of a patient’s total body surface area. The average length of time that patients had to be hospitalized was ten days. More than 20% required intubation to protect the patient’s airway, and over 60% required skin grafts.

It is important to note that not all of the possible risks of dabbing are fully understood, mainly because enough research that has been conducted. It is theorized, however, that dabbing may be associated with a higher risk of falls, accidents, injuries, and loss of consciousness than regular marijuana use.

Using marijuana during the teenage years may also adversely affect brain development, and has been linked to a higher risk of developing schizophrenia or psychosis. Dabbing is believed to have similar effects.

Signs that an individual may have a cannabis use disorder include the following:

With any dab that contains THC, addiction is a risk. THC comes with the potential for dependence and can contribute to addictive behaviors, such as continuing to use marijuana even though it’s causing financial, family or other problems. Addiction treatment can help people who are dependent get past withdrawal symptoms and address addictive behaviors. It can also provide methods of coping with life without turning to psychoactive substances.

Dabbing has become a popular way for people to use marijuana recreationally. Many people like the intensity of the high offered by concentrated cannabis, which they can achieve through varying concentrate forms and tools. Nonetheless, research has realized certain risks of dabbing, which should be considered by those who use this method. Also, when THC use becomes a problem in a person’s life, addiction treatment professionals can help.

Despite the bold flavors and terpenes that are kept by dabbing cold, cold start dabbing can also waste concentrates because a lot of the dab material can get stuck in your banger or nail after you take a hit. So every time you dab, you should have a clean surface to reduce the black residue and char that is left behind. This also helps to preserve the flavor profile of the concentrate by starting with a fresh slate every time. Due to this procedure, if you are going to be doing more than one dab, it will result in a lot of clean-up and waiting time. You’ll have to wait for your nail or banger to cool before you can clean it, so a lot of time is wasted, so this method is good for doing no more than one hit.

So overall, if you don’t have a lot of time and are only wanting to do a single pull with lots of concentrated flavors, cold start dabbing is definitely a method of dabbing worth checking out.