Crossfaded: What Does It Mean? 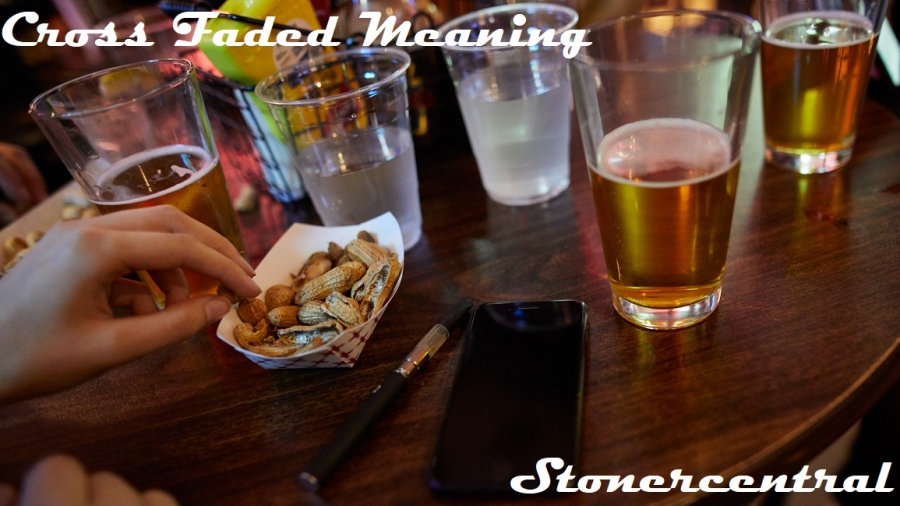 Even the most experienced consumers of alcohol and cannabis can find themselves in that dreaded over-intoxicated space, when a fun night sipping drinks and toking up with friends turns into a greened-out horror show.

Crossfading, or being high and drunk at the same time, is a difficult thing to master without going over the edge of either one. Most often, crossfaded highs are a terrible experience because they can be disorienting, nauseating, dizzying, and can even bring on anxiety and panic attacks. Motor skills are significantly diminished to the point of putting people in danger.

Some medical experts believe that consuming alcohol and marijuana can be straight up dangerous. For instance, cannabis is an antiemetic, meaning that it helps prevent nausea and vomiting. However, if you’ve consumed too much alcohol, the most efficient way to get it out of your system is to vomit. In this scenario, cannabis disrupts the body’s instinct to rid itself of excess alcohol.

Cannabis and alcohol are both frequently consumed psychoactive substances, where they alter a person’s mental state. Though they exert different effects, the combination of the two often leads to impaired decision making. We all know how dangerous it is to drink and drive, which kills one person in the U.S. every 50 minutes.

But, hey, you’re only human. Sometimes the night simply gets away, and you’ve found yourself totally wasted, baked, and careening into crossfaded territory. Here are some of the warning signs to keep an eye on:

Should you experience any of these symptoms, stop consuming both substances immediately.

Tips to overcome the crossfade

Tips and tricks for coming down from a high could also be applied to alcohol. Myths about sobering up aside, no matter what you do, substances won’t metabolize from your body any faster by vomiting, drinking coffee, or taking cold showers.

When you feel like you’re crossfaded, the first thing to do is make sure you get somewhere safe if you aren’t already. Do not get behind the wheel! Get a ride from a friend, rideshare, or taxi to a place where you can shelter until the crossfade passes.

Once safe, take deep breaths. Crossfading may cause anxiety and paranoia, so stay calm and remember that this too shall pass. Sip water, eat something mild if your stomach can handle it, and assuming your world isn’t spinning, sleep. Getting a good night’s rest is the best remedy for being crossfaded.

Given all the risks and unpleasantness of crossfading, why do it at all? Some may want to tinker with the effects of the substances, experiment with differing levels of intoxication, or test their own tolerance to each substance.

Regardless of how you choose to consume, do so safely and mindfully.

What is a crossfaded high?

If you’re familiar with cannabis, then you’ve probably heard of the dreaded crossfaded high.

A crossfaded high is when you’re both drunk and stoned at the same time. It usually happens when you smoke after being drunk, but either order of operations can send your body and mind into a frenzy.

How does a crossfaded high feel?

You ever been so fucked up that you had to lay naked on the cold kitchen floor with your eyes held open because it’s the only way to halt the spins? If not, know that’s what being crossfaded usually feels like.

Being stoned and drunk can make you feel a multitude of ways. If it hits right, you could feel the ultimate euphoria: one of those goofy-ass moods where any-and-everything sounds like the best idea ever, because who cares—we’re all just young, wild, and free.

However, if that alcohol and THC in your body hit wrong, you’ll probably feel dizzy, nauseated, disoriented, and perhaps even paranoid as the crossfade has the potential to resemble a panic attack.

Why does the high happen?

It’s important to remember that cannabis is still federally illegal, which is why so little research has been done on it. Take that into account and you can see why even fewer studies have been done on the crossfade.

There are plenty of scientific studies on both cannabis and alcohol independently, but the combination of the two has been explored very little. Amongst few others, Scott E. Lukas, PhD, of Harvard Medical School, has done a couple of experiments: one testing the effects of getting drunk and then smoking cannabis after, the other testing the reverse order, with cannabis first, alcohol second.

Overall, these studies suggest that, in layman’s terms, alcohol increases the body’s absorption of THC, getting you way more intoxicated than usual, and at a faster rate than usual.

How long does it last?

How long you feel crossfaded depends mostly on the amount of each substance in your body. A little puff from a one-hitter could send you off into the world of spins, but that negative experience would obviously be way shorter-lived than if you faced a whole blunt.

How do you end a crossfaded high?

The only true way to get over the crossfade is to wait it out. Here are a few tips for easing the process:

There’s no scientific proof that water lessens a high, but we do know that water lessens a drunk. That’s why you’re supposed to get one glass of water per alcoholic beverage throughout the night. So theoretically, drinking water could help weaken the crossfade, simply because it will reduce the longevity of your inebriation. Water also helps with dehydration caused by both cannabis and alcohol.