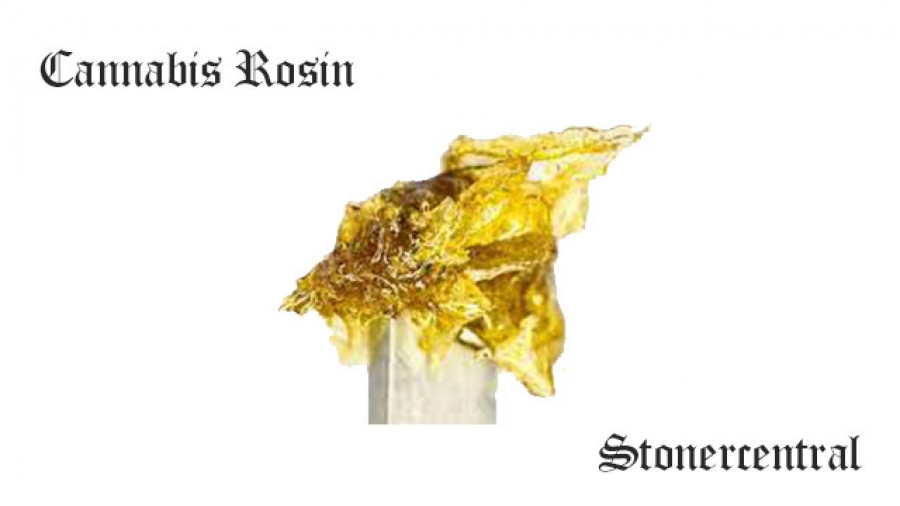 Dabbing enthusiasts everywhere, rejoice! Rosin is here, and it’s making some big waves in the extract community. This emerging solventless extraction technique allows anybody to make their own high quality hash oil from the comfort of their home.

The best part about making rosin is that it can be done safely and inexpensively in just minutes by using ordinary household tools. This method utilizes heat and pressure to squeeze the cannabinoid-rich resin from your flowers, bubble hash, or kief. Your average hair straightener, some parchment paper, and a collection tool are all you need to produce a hash oil that rivals hydrocarbon extraction methods in flavor, potency, and effect.

What is rosin made of?

Rosin can be made of cannabis flower, kief, or hash. These starting materials can be easily transformed into rosin wax.

Aesthetically, rosin is almost impossible to distinguish from shatter or sap. However, the difference between the two is that rosin is completely free of the residual solvents often left behind by hydrocarbon extraction processes (e.g. butane, propane, etc.). You can also be making dabs at home in minutes without the dangers associated with using butane.

Learn how to make rosin wax with a DIY rosin press. First, you’ll need to gather a few materials. You may already have most of these items at home, but if not, you should be able easily acquire them quickly and cheaply.

*Homemade rosin press safety tip: Please exercise caution when handling the hair straightener and use heat-resistant gloves as an added safety measure—we don’t want you to burn yourself!

Rosin is a solventless extract that uses heat and pressure to force the compounds within the trichome gland out of the cannabis plant, where all of the THCA, other cannabinoids, and terpenes are located. Think of it like squeezing the juice from grapes or oil from olives, with the end result being similar to butane hash oil (BHO), but without the harmful chemicals.

The rosin process serves as an alternative to a closed-loop extraction system, which outside of cannabis production, is used in making essential oils. Closed-loop extraction is time-consuming, requires technical training, a lot of expensive equipment — pumps, a tank, and a specially designed room to perform the extraction —  and you won’t have a solventless concentrate until you purge all the residual solvents using a vacuum oven. Even then, there may still be minor amounts leftover in solvent-based extracts. (Warning: Do not try any processes involving chemicals at home; these should be left to a professional.)

While rosin will also have a high THCA concentration and should be consumed carefully, the process of making rosin is considered safer than many other concentrates. With the temperature and pressure used during the rosin extraction tending to dictate color and consistency, rosin is available as shatter, wax, badder/batter/budder, rosin coins, and taffy.

Although it may have accidentally been made long ago and there is much debate on its origin, rosin was first introduced to the cannabis community through ICMag in 2006 by forum member Compashon. It only gained notoriety in 2015 when Phil “Soilgrown” Salazar, known by.

While pressing the hash to flatten it out, Salazar noticed that resin started spewing out the side, leaving the original hash dry and unusable. Thinking he may have stumbled upon a new technique, he took a piece of hash, put it between parchment paper, and pressed it against a hot dab nail. Then came the oil, now known as rosin. He began using a hair straightener after experimenting with his wife’s hair curler. She suggested he then use the flat-iron tool, and after running out of hash, began using buds. The oil came out the same way.

In the few years since, rosin production has evolved to using screens and an industrial press to make mass quantities and more consistent products.

Rosin can turn low-quality hash into a dabbable wax. It’s also a very quick process compared with other extraction methods. It doesn’t require time in a vacuum oven to purge out residual solvents. It can be made safely at home with minimal investment, allowing home growers to make the most of their trim, typically a byproduct that’s thrown away.

A variety of input materials can be used to create rosin. The input material can affect how many plant contaminants are left in the rosin, which can therefore affect the quality of rosin. Rosin from a flower is going to be different from rosin from kief or ice hash, for example.

Rosin from buds typically has some contaminants in the form of plant material that makes it through to the final product. They tend to be small pieces, but they can make a big difference to the flavor when dabbing rosin. The plant material will add a layer of burnt flavor to the overall experience. To avoid having too much plant material in your rosin, try using a rosin screen or mesh bag.

Rosin from kief adds an extra step to the preparation but tends to be cleaner, as the trichomes are removed from the buds prior to exposing them to heat and pressure. This extra step ensures that no plant impurities make their way into the final product.

Rosin from bubble hash is a great way to make use of lower-quality hash that does not fully melt as a result of plant contaminants. While you would not want to rosin 5-star or 6-star hash, rosin is a simple way to make your non-dabbable one to two-star hash into a flavorful dab.

While flowers that were frozen directly after being harvested are considered “live,” to get to live rosin, you’ll need to first make ice hash with the fresh from plant material. If the resulting ice hash concentrate falls between a one- and four-star rating, it can be placed into a bag and put through the rosin production process to create live rosin. The end result is a strong and flavorful pure concentrate.