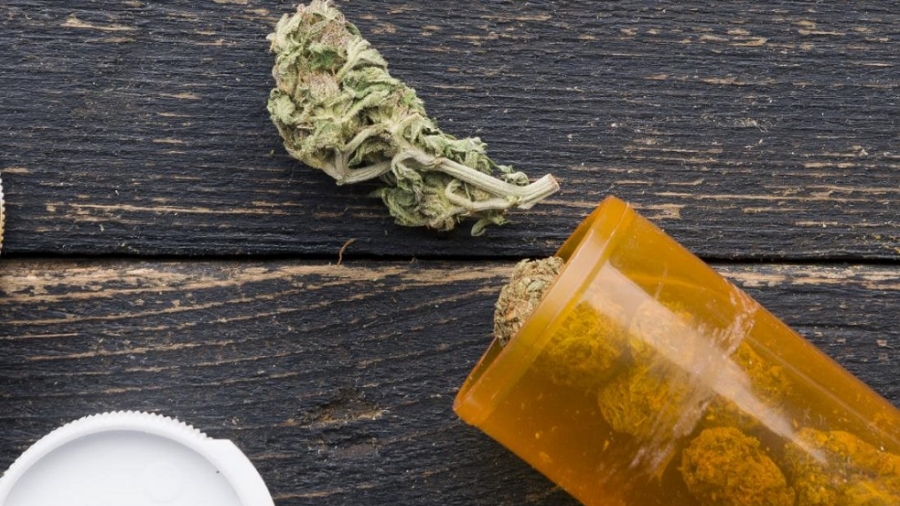 A common question we have been getting at here at PotGuide is about the shelf life of cannabis concentrates. All good things must eventually come to an end, but when it comes to concentrates, when exactly is that end?

The idea of timeless shatter has become almost an urban legend that many seasoned smokers will recount with glee. Some long lost gram found in the back of a closet or bottom of a drawer resurfaces and smokes as good as the day it was purchased, some season, year, decade ago. In reality, the truth is that most well-stored concentrate will have a shelf life of approximately one year, but to really understand the complexities of long-term smokability, one must ask oneself, what exactly is “bad?”

In terms of flavor profile and terpene retention, air exposure is the real enemy. All terpene-rich preparations will start to quickly degrade in open air. As one extractor told me, “If you can smell it, it’s evaporating.” Don’t go burning all of your live resin at once though; you’ve got a while to enjoy it.

In general, full flavor and terpene profile will stay consistent for four to eight months in most concentrates – especially those extracted with hydrocarbons.

Better storage methods can help concentrates to retain their freshness, and the preparation of a given concentrate will greatly affect the rate of terpene loss. Shatter and oils, especially those that have been winterized, tend to be more shelf stable. Winterization does not affect THC content, but the reduced amount of lipids means less terpene retention overall. Some consumers report a preference of winterized products for smoothness, so in the end it might come down to personal preference.

Though winterization can help fend off changes in concentrate, over time, many will become more sugar-like in appearance regardless, a process known as nucleation. Simply put, nucleation is when homogenized particles within the hash (think contaminants, lipids and cannabinoids) begin to separate. Many factors can contribute to or hinder the nucleation process, such as time, temperature, contaminants and lipid content.

THC and THCA are naturally prone to separation, and the process is induced in preparation of pure THCA crystals, which are then reintroduced to terpenes to make “sauce.”  The terpenes in concentrates also want to congeal which further contributes to the sugaring process. Some smokers prefer their concentrates this way, and claim it adds to a more terpene-forward smoking experience, though others argue over the quality of concentrates in this state. Either way, concentrates are still good for vaporizing after nucleation occurs and will still contain high THC levels.

What Happens When Concentrates Age?

Over time, concentrates will degrade just as flower does. THC will convert to CBN, usually imparting a more amber or rusty coloring to the concentrate. While CBN can be uncomfortable in large doses, in smaller amounts has been found to be a potent sleep aid. The question is, exactly how much THC is lost?

For flower, one study found that cannabis loses about 17% of its potency if kept at room temperature for one year.

Anecdotal reports have stated a loss of as much as 50% THC content for hash preparations, but little research has been done in the field to substantiate this claim. Once crystalized, THC is decently stable if stored in an airtight container away from light, so a decent guess might put it at somewhere in between the two.

Beyond the year mark, we start to get into unknown territory. Concentrates certainly don’t age like wine (although some forms of hashish and other solventless products like full-melt hash have been known to keep for years and even get better with age, similar to wine) but is it still consumable as the years advance?

Can You Consume Older Concentrates?

Taking a conservative estimate, two-year-old concentrate could still retain 66% of its potency, and three-year old 51%, and so on. It might not be ideal, but in a pinch, will certainly produce a high – although it may be a pretty sleepy hit. However, THC vaporizes at roughly 50°F lower than CBN, so using an e-nail precisely set could potentially circumvent this problem. Hypothetically, one could retrieve whatever amount of usable cannabinoids left in a concentrate this way, regardless of how long it has been sitting.

One reason to leave that ancient gram where it lies is accumulation of lipids. As nucleation happens, lipids will congeal together in white or light yellow clumps. If vaporized, lipids can be harmful when inhaled and ought to be minimized as much as possible. Some trace amounts are necessary for terpenes, but large globs should be avoided. Thankfully, they are usually easy to spot.

If long-term storage is a factor in your purchasing, consider asking for winterized or dewaxed concentrates and make sure to minimize heat, light and air exposure. Ultimately, all concentrates, especially live resin, sauce and terpene-forward preparations such as HTFSE (High-terpene full spectrum extracts), are better off used while fresh. But if you’re planning on using the entirety of the product within six months though, smoke what you like!