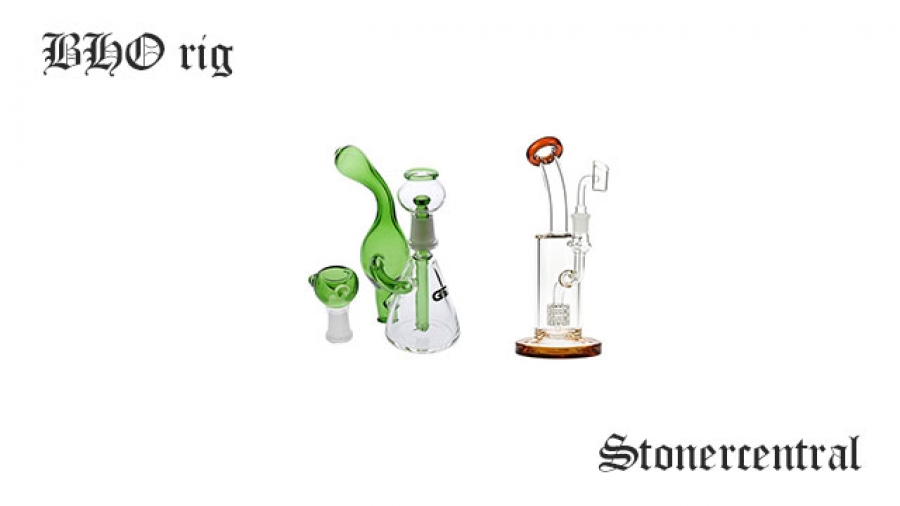 A dab rig is the chamber of a glass pipe, connected to a nail or banger, used for dabbing, in the place of a traditional bowl typically found on a bong. New dabbers may be overwhelmed at the technique, upfront cost, and number of accessories required to use dab rigs and pipes. But they may also appreciate the strong, streamlined effects and heavy terpene flavors that concentrates and dab rigs provide.

Once you get the dabbing process down, using a dab rig can be easy and efficient. The key steps are simple: heating the nail with a torch, placing a dab of concentrate in the nail, and inhaling the resulting vapor.

The modern-day dab pipe typically includes the glass piece, a nail, a dabber, a torch, and a carb cap. Carb caps have become popular accessories because they allow the user to dab at lower temperatures and hold vapor in the nail for a longer time. If you want to find the perfect dab rig for your concentrate consumption needs, several considerations should be made before a purchase.

Why are dab rigs small?

Both bongs and dab rigs are technically considered “rigs,” or pipe chambers connected to a nail or bowl that holds cannabis products for smoking. If you’re new to dab rigs, you may have mistaken a dab rig for a bong, or seen a smaller dab rig or pipe and wondered: Why is that bong so small?

Although both bongs and dab rigs come in an array of shapes and sizes, the dimensions can usually be used to indicate which type of device you’re looking at.

The essential difference between a bong and a dab rig is that dab rigs are optimized for concentrates. In addition to the banger or nail replacing the bowl, dab rigs are typically smaller than bongs. A smaller chamber provides less drag, which means the vapor travels to the lungs more quickly. Many quality glass artists and production glass companies make mini rigs for those who enjoy a rich terpene profile from their cannabis extracts.

Other differences between a bong and a dab rig

As of 2018, dab rigs are usually fitted with 10 millimeter or 14 millimeter female joints. The size of a female joint is measured by the inner circumference of the opening.

Before dab rigs entered the scene, “knife hits” were the most popular method of vaporizing concentrates. Cannabis users from the ’60s to the ’90s would heat two knives on a stove and place a piece of hash on them once they were glowing red. The resulting vapor was then inhaled through a tube or soda bottle that had the base removed. An early form of the dab pipe was made by using a “swing skillet” instead of a bowl on a bong — basically a bong downstem on top of a titanium plate that when heated with a torch vaporized the hash.

The originators of the first pieces that could be called “dab rigs” or “dab pipes” were from the brother-and-sister glassblower duo Hashmasta Kut (HMK) and Lucy Carson (GGirl) around 2006. HMK’s and GGirl’s design incorporated a titanium swing tied to a titanium skillet that would lower beneath a glass arm. On the heated skillet, the dab would vaporize to be inhaled through the glass arm. Their pieces were popularized by Toke City, a highly influential online forum in the days before social media.

The glass dome and nail

The second iteration of the dab rig came in the form of a glass dome and nail — the first commercially available glass attachment that could turn any bong into a dab pipe. A glass artist known as WBM was one of the first to post about a glass nail for dabbing that fit inside the downstem of a bong, with a dome that was placed above it. Fellow glass artist and Toro Tubes founder JP Toro led the charge in making the dome and nail a commercially viable dabbing device. The nail was heated with a torch, then the dome was placed on top and a dabber, typically a paperclip in the days before proper dabbing tools, was used to put honey oil on the nail.

As more states have legalized recreational and medical cannabis, the appreciation for hand-blown, original pieces from increasingly popular and well-respected glass artists has blossomed. Simultaneously, the growing popularity of dabbing has caused a boom in one-of-a-kind dab rig pieces. According to Brad Melshenker, co-author of “This Is A Pipe,” a book about the evolution of glass pipe-making and the development of dab rigs, “flower pipes switched over to oil rigs in 2009-2010, and artists really stopped making flower pipes.”

Who Would Want A Dab Rig?

So, are you an ideal candidate for a dab rig? If you’ve dabbed before and want to do it more in the future, you really need a rig. Sure, there are DIY instructions out there for making your own, but the amount of time and effort that will go into it really won’t be worth it in the long run. There are lots of cool designs and features out there, so buying a rig is a lot of fun.

If you’ve never tried dabbing but are looking for alternatives to smoking, a dab rig may be just the thing for you. The bottom line here is if you want to get in on the dabbing craze, you will need to buy a rig.

Pros And Cons Of Dab Rigs

If you’re into dabbing, a decent rig is an absolute must. A few of the top advantages of using a dab rig include:

There aren’t really any downsides to using a dab rig. The only exception would be if you bought a low-quality rig with a poorly designed nail. In that case, you could end up wasting a lot of concentrates because the nail either gets too hot or doesn’t get hot enough. As any dabber can tell you, nothing is more frustrating than dabbing on some concentrate and getting so little vapor that you can’t even really inhale it.

You can avoid running into those kinds of problems by investing in a decent rig. Choose a nail that will retain the heat long enough to produce plenty of vapor, but make sure it doesn’t hold onto the heat so long that it actually causes the concentrate to combust. If that happens, you will inhale more smoke than vapor, and the beneficial components you crave may largely go up in smoke too.