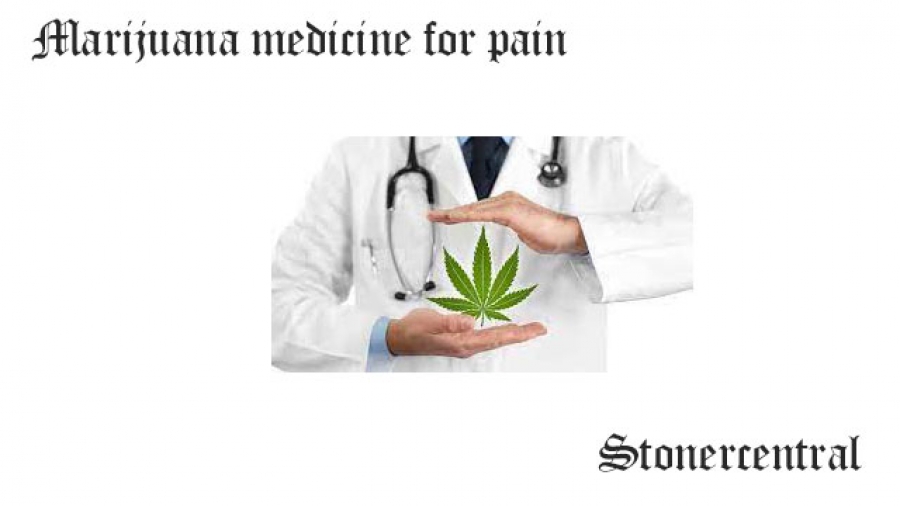 Medical marijuana is an increasingly popular alternative to traditional pain-relieving medications, including opioids. Marijuana may ease certain types of chronic pain, including pain resulting from nerve damage and inflammation.

Today, chronic pain affects more people than cancer, heart disease, and diabetes combined. Chronic pain is the most common cause of long-term disability in the United States.

Most marijuana-based products do not have approval from the United States Food and Drug Administration (FDA), and more evidence is necessary to confirm their safety and effectiveness.

However, anecdotal evidence suggests that marijuana or its compounds may help relieve some types of pain.

There are distinct types or strains of marijuana available, and each may have slightly different effects on the user.

In this article, we look at the best marijuana strains for chronic pain relief.

The different types of marijuana plants include the following:

There is limited research available on the use of specific marijuana strains for pain and other symptoms. As a result, strain-specific recommendations are not medically proven.

The results of an online survey, comprising 95 participants, featured in the Journal of Alternative and Complementary Medicine in 2014.

The researchers found that participants preferred indica strains for pain management, sedation, and sleep while they would opt for sativa strains to improve energy and mood.

Regarding pain management, participants reported a statistically significant effect when using indica for:

It is, however, important to note that this study had several limitations. It was small in scale, anonymous, and asked people to self-report on their symptoms. Respondents did not use the marijuana in a controlled setting, potentially resulting in differences in drug composition, dosage, and potency.

The study followed participants for 3 years and asked them about the effects of the drug on their condition during this time. The results indicated that indica strains are more likely to improve energy and appetite, while both sativa and indica strains can alleviate nausea to a similar degree.

How does marijuana work for pain?

Marijuana, or cannabis, contains compounds that may relieve pain, nausea, and other symptoms. The components of marijuana that most studies focus on for pain relief are cannabidiol (CBD) and tetrahydrocannabinol (THC).

THC resembles the cannabinoid chemicals that occur naturally in the body. When people ingest or inhale THC, it stimulates the brain’s cannabinoid receptors.

This activates the brain’s reward system and reduces pain levels. THC is a psychoactive compound as it binds to cannabinoid receptors and produces an elevated state of mind, known as a high.

CBD does not cause a high, although it does interact with pain receptors in the brain to exert pain-relieving and anti-inflammatory effects.

What the research says

In recent years, many studies have looked at the effects of marijuana for chronic pain. Some studies used parts of the marijuana plant and some have used the entire plant so more research is needed. Using parts of the marijuana plant (like CBD oil) helps study specific actions of that ingredient, but when the whole plant is used there is what is called an entourage effect, where the parts work together to have more effect.

A 2015 reviewTrusted Source of research on the use of marijuana and cannabinoids for various chronic pain conditions reports that several trials had positive results. The researchers suggest that marijuana or cannabinoids may be effective for treating some types of chronic pain including neuropathy (nerve pain).

A research paper from 2016 found that marijuana use for cancer pain led to a 64-percent reduction in opioid use, improved quality of life, and caused fewer medication side effects. It also led to participants using fewer medications.

Smaller studies have reported benefits for other types of chronic pain. For example:

However, there is still a need for more research into the area of marijuana use for chronic pain, especially into the use of different strains, dosages, and methods of delivery.

An Australian studyTrusted Source, published in July 2018, concluded that marijuana use did not reduce the symptoms of pain or the need to use opioid medications. However, the findings were mostly based on reports from people who used the drug recreationally.

Why use cannabis for pain relief?

With over 100 million Americans suffering from chronic pain, a safe and effective treatment is needed, and this does not exist with the presently available pharmaceutical options.

The two main treatments currently available for relieving pain include nonsteroidal anti-inflammatory drugs (NSAIDs) and opioid prescription medications. These pain relievers are not nearly as safe as cannabis.

Opioid drugs are one of the most addictive drugs available today, and their use can be fatal if abused: in the US alone, sixty people die every day from opioid overdose.

While NSAIDs are generally effective at reducing pain caused by inflammation, prolonged use is accompanied by many dangerous side effects. These include increased risk of heart attacks and strokes.

Medical marijuana is becoming a popular alternative to over-the-counter and prescription painkillers, and for good reason. As a remedy for pain, pot comes with fewer side effects and no risk of tolerance or overdose. Cannabis sativa and its constituents have proven to be both safe and effective when it comes to pain management.

With the legality of marijuana spreading across the United States and other countries, many people are now being given the opportunity to switch from dangerous, addictive medications to a natural, safer alternative.

Whether you are suffering from chronic nerve or body pain, or you are experiencing short-term pain from muscle strain, headaches, toothaches, or simply sore muscles, cannabis offers a safer and possibly more effective option than what is typically used for pain today.

The history of cannabis: Weed and pain control

Throughout history, cannabis has been cultivated and used for its medicinal purposes. Evidence suggests that it was cultivated by humans as far back as 12,000 years ago.

Throughout this time, the cannabis plant has been exalted as miraculous and cursed as a danger to the fabric of society. Yet, throughout this varied past, one thing has remained the same:

Cannabis has been used as a plant medicine for the treatment of an impressively wide array of diseases.

The earliest evidence of its medicinal use dates back to 2700 BC when Chinese Emperor Shen Nung documented the analgesic (pain-relieving) properties. Shen Nung is considered by many to be the father of Chinese medicine, which has helped to heal people through the use of natural remedies for thousands of years.

We have now entered a time where the benefits of this plant are beginning to come back to the forefront of the discussion. Indeed, countless individuals across the world have access to legal marijuana for chronic pain conditions.

Yet for these patients as well as cultivators and clinicians, the question is this:

What is the best marijuana for treating pain?

Should patients turn to singular compounds found in the plant, or turn to the plant itself? If using the whole plant, what marijuana strains are the best for providing relief from pain?

Whole plant or THC only? The entourage effect

When you compare Western medicine to traditional medicine the world over, one of the most striking differences is the need in the West to pinpoint one specific molecule that is responsible for treating a disease or symptom. This viewpoint stands contrary to the idea of holistic medicine, where you take something in its entirety for medicinal purposes.

The ‘entourage effect’ is a new term coined to describe the idea that all compounds found in the cannabis plant work synergistically, providing more benefit together than the individual compounds would provide alone.

Cannabis sativa and the entourage effect

The Cannabis sativa plant is one of the greatest present-day examples of this tug-of-war between Western medicine and traditional medicine.

If you live in a state where marijuana is legal, you may have noticed products being advertised as “isolates” or “whole plant extracts.” Proponents of the isolationist Western medicine theories would advocate for isolates, which are simply products containing just tetrahydrocannabinol (THC) or just cannabidiol (CBD), or far less commonly, any of the other individual phytocannabinoids.

THC is the psychotropic phytocannabinoid that is to thank for the “high” effect users get when they smoke weed. It has been found to have a variety of health-related benefits for the user.

CBD is the second most well-known cannabinoid found in cannabis, and like most of the other phytocannabinoids, it is non-psychotropic.

These are the two most abundant and well-studied cannabinoids in marijuana, and both have been found in numerous published studies to have pain-relieving properties in humans. While they may be the most abundant, THC and CBD are certainly not the only compounds found in cannabis that are known to exert positive effects on human health.

In every cannabis plant, there is a unique mixture of hundreds of plant compounds, comprised of phytocannabinoids, terpenes, and flavonoids. Research suggests that these compounds too have an influence on our neurochemistry, and together they may work synergistically, producing better improvements in pain relief than anyone would produce on its own.

This research supports the idea that it is best to use the whole cannabis plant, with CBD, THC, and the natural medley of additional compounds. This harmony between the various plant chemicals found in marijuana is colloquially referred to as the entourage effect.

How CBD and THC influence the user experience together

The most well-studied compounds found in the marijuana plant that support the idea of the entourage effect are THC and CBD, which have been found to work differently together than when separate.

Using these two compounds in concert has been shown to help mitigate side effects and enhance efficacy, with CBD plus THC showing more benefit for some conditions than THC alone.

Studies have confirmed that CBD helps to counteract some of the sedative, “high” feeling, anxiety, and rapid heartbeat that is associated with THC consumption. It has also been found to extend the half-life of THC, which may help to extend the pain-relieving benefits. This has allowed the use of higher doses of THC in clinical trials for the treatment of pain caused by multiple sclerosis, peripheral neuropathic pain, intractable cancer pain, and rheumatoid arthritis. When used in concert, a greater efficacy in treating these types of pain have been observed.
Every strain of bud that you can purchase at a dispensary will be labeled with its THC and CBD content, which can be helpful when choosing which strain to choose for pain relief.