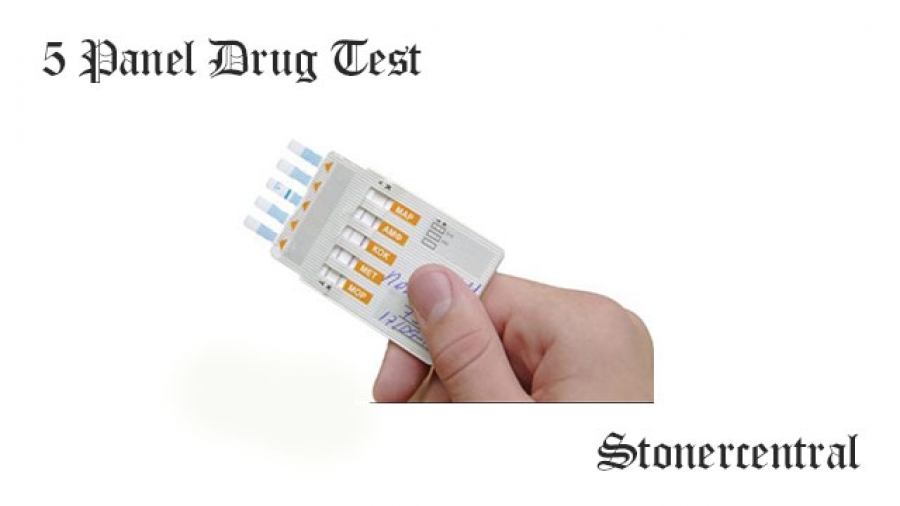 The 5 panel drug test screens for:

When you order the 5 panel drug test through US Drug Test Centers, you get the expanded amphetamines — which means we screen for methamphetamine, MDMA, MDA, and MDEA. Additionally, the opiate testing includes codeine, morphine, and heroin. Having a more expansive panel offers better (and more thorough) protection. As an employer, it’s important to be proactive in protecting your workplace from opioid abuse, as it’s an addiction and epidemic that is costing businesses tens of billions of dollars every year.

This testing represents the standard 5 panel drug test used for Substance Abuse and Mental Health Services Administration (SAMHSA) certified laboratories. This is required for United States Department of Transportation (DOT) drug testing, which expanded their drug testing panels to include prescription opioids along with illegal opioids, as of 2018.

Hair drug testing is especially helpful if you want to determine patterned drug use or abuse over time, as this is something urine tests can’t screen for, due to a shorter detection window.

5 panel drug tests have been around since the 1980s when employee drug testing first began in the United States. Keep reading for more information on the individual substances tested.

Marijuana, the most often used illegal drug (under federal law) in this country, is a product of the plant cannabis sativa. The main active chemical in marijuana is THC. Of roughly 400 chemicals found in the cannabis plant, THC is proven to affect the brain the most. The highest concentrations of THC are found in the leaves and flowers.

When marijuana is smoked, THC rapidly passes from the lungs into the bloodstream and is carried to the brain and other organs throughout the body. THC from the marijuana acts on specific receptors in the brain, called cannabinoid receptors, starting off a chain of cellular reactions that finally lead to the high that users experience.

Short-term effects of marijuana use include problems with memory and learning; distorted perception; difficulty in thinking and problem-solving; loss of coordination; and increased heart rate, anxiety, and panic attacks.

In the United States, the Controlled Substances Act (CSA) of 1990 classifies marijuana as a Schedule I substance, which has no approved medical use with a high potential for abuse. However, many US states have legalized the use of marijuana for medical and/or recreational use.

Cocaine is a drug extracted from the leaves of the coca plant. It’s a potent brain stimulant and one of the most powerfully addictive drugs. Cocaine can be snorted, rubbed into the gums, or dissolved in water and injected. Crack, a derivative of cocaine, can be smoked. It’s said that the drug produces a euphoric rush and immediate high upon snorting, injecting, or smoking that provides a burst of energy and reduced fatigue.

Cocaine is a potent central nervous system stimulant and a local anesthetic. Initially, it brings about extreme energy and restlessness while gradually resulting in tremors, over-sensitivity, and spasms. In copious amounts, cocaine can cause fever, unresponsiveness, difficulty breathing, and unconsciousness. When addicted individuals stop using cocaine, they often become depressed.

PCP is a dissociative anesthetic. Its sedative and anesthetic effects are trance-like. Users claim to experience an out-of-body feeling, detached from their environment. Other signs of impairment due to PCP include hallucinations, delusions, euphoria, apathy, reduced sensitivity to pain, feelings of invulnerability, and irrationality. It has a high potential for abuse and can lead to both psychological and physical dependence.

PCP can be snorted, smoked, injected, or swallowed. It’s most commonly sold as a powder or liquid but can also come in tablet and capsule form. When smoked, it’s applied to a leafy material such as mint, parsley, oregano, tobacco, or marijuana.

Depending on how much and by what method PCP is taken, the effects can last approximately four to six hours. Street names include angel dust, ozone, wack, and rocket fuel.

Methamphetamine is an addictive stimulant drug that strongly activates certain systems in the brain. These are synthetic, psychoactive drugs with amphetamine-like and hallucinogenic properties. It’s closely related chemically to amphetamine, but the central nervous system effects of methamphetamine are greater.

Methamphetamine is commonly made in illegal laboratories and has a high potential for abuse and dependence. The drug can be taken orally, injected, or inhaled. Users claim to experience enhanced stimulation of the central nervous system, euphoria, alertness, reduced appetite, and a sense of increased energy and power. Cardiovascular responses to methamphetamines include increased blood pressure and cardiac arrhythmias. More acute responses produce anxiety, paranoia, hallucinations, psychotic behavior, depression, and exhaustion.

Opiates generally refer to any drug that is derived from the opium poppy, including the natural products morphine and codeine and semi-synthetic drugs such as heroin. “Opioid” is more general, referring to any drug that acts on the opioid receptor.

Opiates are used before or after surgery to help manage pain by attaching to specific proteins, called opioid receptors, which are found in the brain, spinal cord, and gastrointestinal tract. When these compounds attach to certain opioid receptors in the brain and spinal cord, they can effectively change the way a person experiences pain. Opiate use often produces drowsiness, constipation, and, depending upon the dosage, depressed breathing. Taking a large single dose may cause severe respiratory depression, coma, or death.

Heroin is a highly addictive drug derived from morphine, which affects the brain’s pleasure systems and interferes with the brain’s ability to perceive pain.

With urine, the drug use can be detected after about 1 day

With hair, the drug use can be detected after about 7 days