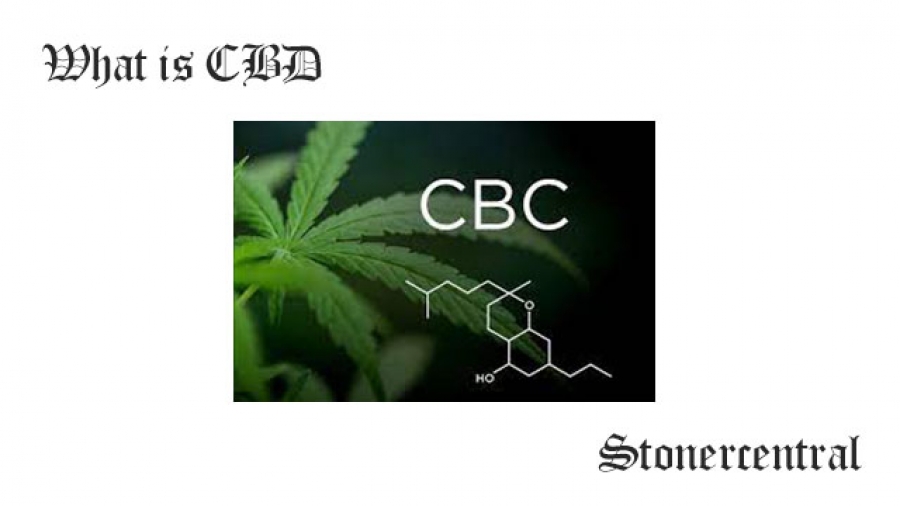 Cannabichromene, or CBC, is a powerful, non-psychoactive cannabinoid, meaning it will not cause a patient to feel “high.” CBC, like THC and CBD, has been shown to encourage the human brain to grow by increasing the viability of developing brain cells in a process known as neurogenesis. CBC plays a significant role in the anti-cancer and anti-tumor capabilities of cannabis.

Cannabichromene (CBC) is a prominent cannabinoid in medical research and may offer potency as a cancer fighter due to its natural interaction with the body’s endocannabinoid system. A 2014 literature review published in the journal Oncotarget concluded that cannabinoids such as CBC “exert a direct anti-proliferative effect on tumors of different origin.”

CBC battles inflammation by activating the CB2 receptor. However, because it does not activate CB1, the healing potential of CBC could be enhanced when combined with cannabinoids that do, such as THC

CBC battles inflammation by activating the CB2 receptor. However, because it does not activate CB1, the healing potential of CBC could be enhanced when combined with cannabinoids that do, such as THC.

By now you’re probably familiar with cannabinoids, especially the most common ones, THC and CBD. But you likely haven’t heard of cannabichromene, also known as CBC. Discovered over 50 years ago, CBC is considered one of the “big six” cannabinoids prominent in medical research. It doesn’t get as much attention, but CBC’s benefits are extremely promising.

CBC has the same origins as both THC and CBD do in that they all stem from cannabigerolic acid (CBGA). Cannabis plants produce CBGA, the precursor to three major cannabinoids: tetrahydrocannabinolic acid (THCA), cannabidiolic acid (CBDA), and cannabichromenic acid (CBCA).

Different forms of cannabichromene available for purchase include CBC cream, CBC extract, and CBC oil, along with the naturally occurring CBC in marijuana. The cream, in particular, may be helpful for treating acne, according to a 2016 study published in Experimental Dermatology. Once again, the anti-inflammatory qualities of cannabichromene may offer hope, this time by soothing the sebaceous glands of the skin that may secrete excessive oil, thus leading to acne.

CBC Works With Other Cannabinoids

CBC is non-intoxicating, so it doesn’t produce a euphoric high like THC. The reason it is non-intoxicating is because it binds poorly to CB1 cannabinoid receptors in the brain. But CBC does bind with other receptors in the body, such as the vanilloid receptor 1 (TRPV1) and transient receptor potential ankyrin 1 (TRPA1), both of which are linked to pain perception. When CBC activates these receptors, increased levels of the body’s natural endocannabinoids like anandamide are released.

The purported benefits of CBC have far-reaching implications. Below are a few medical conditions that may be alleviated by cannabichromene.

Cannabichromene may be a powerful cancer fighter, and the reason might be its interaction with the body’s natural endocannabinoid, anandamide. CBC also appears to inhibit the uptake of anandamide, allowing it to remain longer in the bloodstream.

A recent study in which tumor growth was initiated in mice (two-stage mouse skin carcinogenesis model) showed cannabinoids might be effective in inhibiting both inflammation and tumor growth. Since anandamide has been shown to fight breast cancer in vitro and in vivo, this shows promise that CBC and other cannabinoids might one day be a chemopreventive agent.

CBC as a potential cancer fighter was first published in a 2006 study that looked at cannabinoids other than THC and their possible effects on cancer. While THC is known for its anti-tumor properties for several different forms of cancer, its powerful psychotropic qualities can make it difficult for chemotherapy use. So far, research has found CBC to be the second-most-potent cannabinoid at inhibiting the growth of new cancer cells (CBG was the most potent).

Cannabichromene has been shown to block pain and inflammation associated with collagen-induced osteoarthritis. Cannabinoids like CBC act on inflammation differently than non-steroidal anti-inflammatory drugs (NSAIDs) do, and don’t have the side effects of these medications. In another example of the entourage effect, CBC in combination with THC had significant anti-inflammatory response in a recent animal study; together, the two cannabinoids produced a much greater effect on inflammation than by themselves.

In a 2013 mouse study, CBC had a positive effect on neural stem progenitor cells (NSPCs), a cell essential to healthy brain function. NSPCs became more viable when in the presence of CBC, and that shows promise because NSPCs differentiate into astroglial cells, the most important cells for maintaining brain homeostasis. The astroglial cells perform a whole host of functions, including neurotransmitter direction and defending against oxidative stress. Astroglia counteract many of these issues—oxidative stress, inflammation, toxicity—that create neurological diseases and brain pathologies like Alzheimer’s disease.

A research team that had previously shown CBD’s effect on acne studied other cannabinoids, including CBC, for the same effects. Indeed, CBC was shown to be a powerful inhibitor of acne. As a skin disease, acne is characterized by excess sebum production and sebaceous gland inflammation. It turns out that CBC exhibited powerful anti-inflammatory properties and also suppressed excessive lipid production in the sebaceous glands. CBC also reduced levels of arachidonic acid (AA), which is needed to create the lipogenesis. More research is needed, but CBC might just one day become a very powerful anti-acne treatment.

In another amazing display of the entourage effect, CBC appears to work in conjunction with both THC and CBD to deliver a trifecta of antidepressant properties.

The therapeutic promise of CBC is important and requires more research to determine its power by itself as well as with other cannabinoids working together for an entourage effect. Cannabis patients today are limited in the products available to them, but hopefully as new studies emerge and cannabis laws loosen, new medicines with a diversity of cannabinoids will soon become an option.

Both CBC and CBD are non-intoxicating, unlike THC which is the main psychoactive compound in cannabis. CBD has been the subject of more research studies than CBC, but that may be changing with recent discoveries about the latter’s possibility as a tumor shrinker. In fact, CBC may prove to be as effective as cannabigerol (CBG) in its potential to target cancerous tumors.