What Are the Side Effects of Cannabis Edibles? 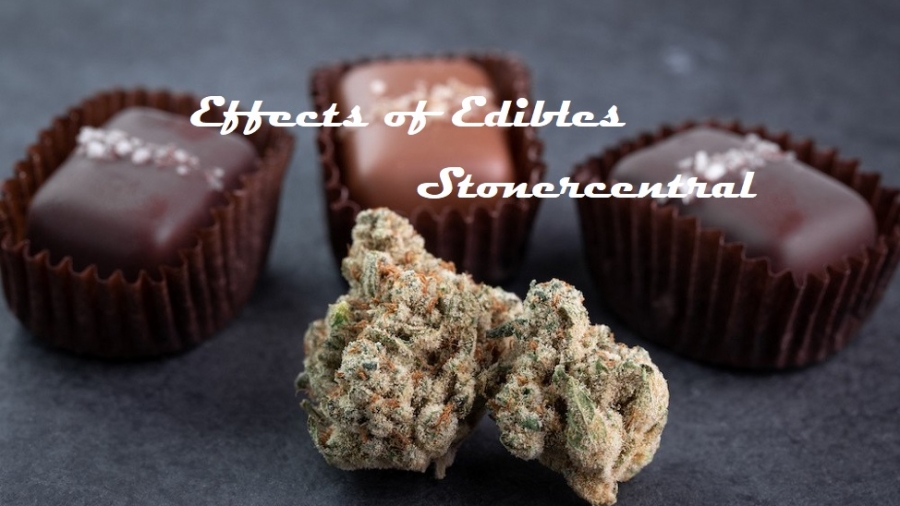 Edibles have been a staple of the cannabis world for decades. The weed brownie is practically a symbol of the plant’s history. And although pot brownies perhaps began as a way to conceal our consumption habits, they now offer a fantastic alternative to smoking.

Now that several states allow medical or recreational cannabis use, new users are looking for ways to consume that don’t involve smoking. It’s no secret that smoking anything – be it cigarettes or joints – can be harmful to our lungs, and that’s why many users are seeking alternative methods.

These days, edibles come in numerous forms – you’re no longer limited to the old-fashioned brownie! There are lots of sweet treats available infused with cannabis, and some gourmet restaurants are even offering five-star meals infused with THC oils.

Whether you’re browsing space cakes in Amsterdam, enjoying a five-star menu in a cannabis-themed restaurant, or attempting your own cannabis delight, there are some things you should know about cannabis edibles. Primarily, you need to be aware of the side effects. Edibles are quite different to smoking, and that’s why we created this guide; read on to learn more about the side effects of edibles.

Why Are Edibles Different?

The traditional way to consume cannabis is through smoking. You burn the joint containing cannabis, and when you inhale, the cannabinoids enter your lungs. From there, they can travel around the rest of the body and trigger the numerous effects associated with marijuana.

However, it’s more than just cannabinoids you’re inhaling. You also get burned plant matter and paper, and potentially, carcinogens. Experts have long been concerned about the long-term effects of smoking; it can permanently damage your respiratory system even after you’ve stopped smoking.

Edibles, of course, don’t enter your respiratory system at all. Instead, they go through the digestive system, where the body breaks them down like regular food. As the food breaks down, the cannabinoids are released, and they find their way into the bloodstream.

There are several differences between these two popular methods:

The precise effects and bioavailability of edibles depend on numerous factors. For example, your diet, metabolism, and BMI all come into play. Even the type of edible can make a difference! Fatty foods can improve digestion of cannabinoids, so cannabutter-heavy foods are key for a killer high.

You need to tread carefully, though, because the potency of edibles can cause problems.

Side Effects of Marijuana

Whatever way you use it, marijuana often has side effects. All good things have a couple of downsides, right?

Most of these side effects are easy to counter; for example, drinking water can help with dry mouth.

Some of these long-term effects come as a result of smoking. However, edibles have some side effects of their own. Let’s find out how edibles are different.

Side Effects of Cannabis Edibles: Things to Know

So, let’s walk you through an edible high. When you eat an edible, you won’t feel the effects right away; they can take between 30 and 90 minutes to kick in. However, the high won’t peak until 2-4 hours after you ate the edibles. The exact time will depend on your body and numerous other factors.

Just like other forms of consumption, you may experience:

These are all pretty typical side effects of marijuana. However, edibles can be a little more dangerous because of how long they take to kick in.

In the years between 2005 and 2011, calls to the U.S. poison control centers regarding marijuana increased by 30% in states with decriminalized marijuana. Why? Because people were accidentally eating edibles or were consuming too much at once. It’s all too easy to reach for another edible when an hour has passed and you haven’t experienced any effects.

However, marijuana edibles are pretty potent. If you eat more than you require, the high will hit you like a freight train – and it won’t be pleasant! You are likely to experience hallucinations, anxiety, and paranoia. You may also feel queasy and nauseous, so prepare to feel sick!

When you feel sick, sedated, anxious, and are hallucinating, it’s called ‘greening out’. It’s not fatal, and you will recover. However, it’s not a situation you want to be in! Here are some tips for staying safe with edibles.

Final Thoughts on Cannabis Edibles and Their Side Effects

Edibles are fun. They’re a tasty and enjoyable way to take marijuana, including for medical patients and recreational users alike. Whatever your reason for using marijuana, edibles might be calling to you.

Despite all their positives, edibles have a few side effects. Many of them are the same as what you experience with other consumption methods. However, the potency and delayed effects of edibles can lead to adverse reactions if you’re not careful.

Luckily, most side effects have quick fixes. As long as you’re using marijuana edibles responsibly, you should have nothing to worry about.