What are Moon Rocks? 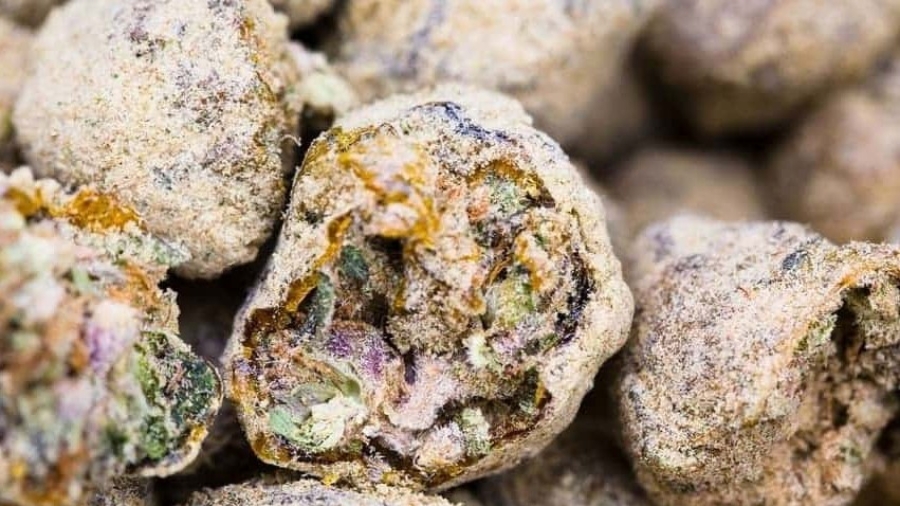 Have you ever been so high that your brows were numb even though you physically touch them? If you can’t get high with Moon Rocks, try smoking them. You’ll be guaranteed to feel it. I recently smoked marijuana for the first time, and two months later, I’m still unable to locate my facial features.

What are Moon Rocks?

Moon Rocks are a THC Megazord; they’re essentially cannabis buds (historically GSC, the Holy Grail of weed) chopped up with edible strain like Blue Dream and dipped in hash oil.

How strong are Moon Rocks?

Though the potency of each batch of Moon Rocks varies and depends on how it’s made/who produces it, many have found them to be about 50% THC (20% is the average for regular flower).

Hitting moon rocks produces an exquisite taste that is terpene-rich and makes you say, “Wow. That’s great!” The smoke clouds produced are super big and full, so each hit is damn near its own experience.

And the high? Oh buddy, oh pal, don’t even get me started on the high. A Moon Rocks high starts in your head and eventually spreads throughout the entire body, ending at your toes. You feel it right away but realize that 30 minutes later you have climbed a peak you weren’t prepared for. I smoked my gram of Moon Rocks at around 5 p.m., and when I woke up the next morning I was still on Mars waiting for the train back to Earth.

How to make your Moon Rocks

Though Moon Rocks are typically made with GSC flower and/or GSC concentrate, you can create your flavor by using any strain of hash. The following is necessary:

Step 1: Grab some weed from your favorite type of bud. I suggest using one of the denser nugs as they will hold the cannabis cocktail together better.

Step 2: Before brewing, prepare your favorite concentrate. If the oil is thick and it’s hard to manipulate, heat it until it becomes more of a liquid. Then use a dropper that will facilitate proper coverage while also keeping your bud dry and free from oils. When you use too much bud, it will take longer to dry and be hard to light.

Step 3: Use the tongs to grab a bud from the jar and roll it in kief until the entire nug is covered.

Step 4: Let your Moon Rock dry until it’s ready for action, then smoke it up.

Tips for how to Smoke Moon Rocks

Moon Rocks are recommended for advanced cannabis consumers as they pack a powerful punch. Below are some helpful tips to ensure you have a great time at your first Moon Rocks event.

When smoking Moon Rocks, using some glassware or a pipe can keep your hands from smelling like a stash. It’s thick and greasy and will have to be ripped apart piece by piece like you’re trying to split a Nerd’s Rope with someone.

If you plan to roll your blunt up alone, think again; it will not have enough Moon Rocks and won’t stay lit the same way a normal joint would.

Throw it on top of some flower

The greasy texture of Moon Rocks can be hard to light or keep a cherry, but if you throw them on top of some flower it will work better. You’ll also be doubly high, but honestly, at this point, you can’t even be concerned about what level of highness you end up at. (The answer is the peak.)

If you break up some Moon Rocks and sprinkle them on top of ground bud, it will make a great blunt/joint.

Moon Rocks aren’t a Blue Dream-type high where you’ll be up and ready to do things, Jackson. If you have a workout to do or some tasks to finish for the day, complete them before eating any cannabis, or else you’ll lose focus and feel discouraged by how much time you wasted.

Don’t make my mistake—rather than smoking Moon Rocks (a level of weed high I figured would be easy to write even through), I smoked too much and couldn’t even type.

You’re going to be so damn dehydrated that you’ll look like Spongebob when Sandy had him in the air dome for the first time. The cottonmouth is real. We found that it is best to keep a gallon of water close at all times while smoking Moon Rocks. The high can be so intense that you will not want to leave the couch or desk for anything but more weed, including drinking water!

The same goes for the snacks that you plan on ingesting once the high grab your stomach and makes it do backflips. I recommend some chocolate-covered almonds to satisfy any sudden hunger cravings.

If you choose to partake of some Moon Rocks, make sure the setting is comfortable and conducive to a good time. You’ll put your feet up and want nothing more than to be alone. So go ahead and get your couch game right.