What are cannabis flavonoids? 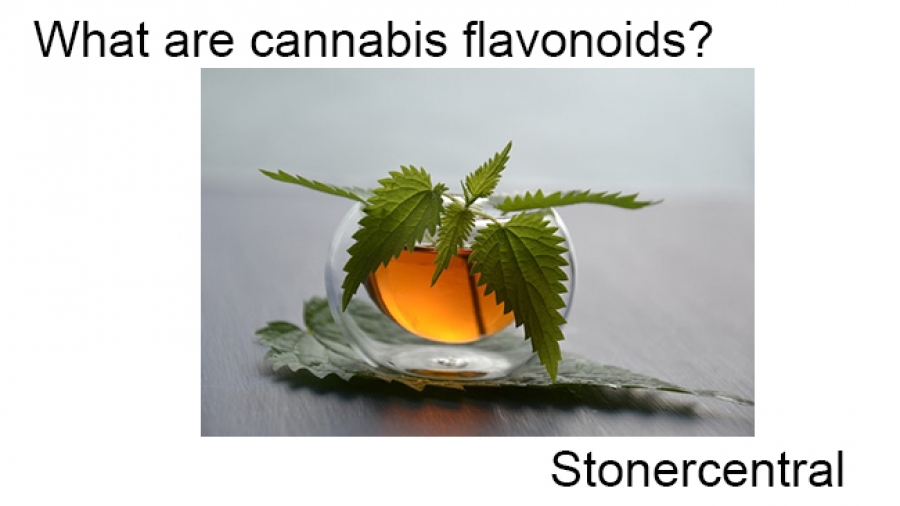 While most people are familiar with the more widely understood phytocannabinoids and terpenes, we often overlook dozens of other bioactive compounds that have been discovered in cannabis. Not only is cannabis responsible for the production of these important compounds. Take flavonoids, for example. Cannabis has around 20 known varieties, and they account for roughly 10% of the compounds.

Flavonoids are not exclusive to cannabis plants. Although the word “flavonoids” usually refers to plant chemicals, they are not unique to cannabis. Experts have identified thousands of natural compounds in plants, including flowers, fruits, and vegetables. Cannabis-specific terpenes cannot be found anywhere else. Cannaflavin is the category of proteins that occurs in cannabis and is known to produce marijuana. Similar to terpenes, flavonoids have a role in how we experience cannabis through our senses. But flavonoids present themselves in more than just what we can smell and taste. Flavonoids are among the least studied compounds in plants. Despite what we don’t know, here are some of the things that can be inferred about them.

Flavonoids are made up of groups of polyphenolic compounds that act as secondary metabolites to a great number of plants and fungi. There are more than 6,000 flavonoids that have been discovered so far and their functions span a diverse spectrum. Flavonoids affect the pigmentation of cannabis just as they do with other flowers.

The word “flavonoid” stems from the Latin term flavus, referencing the color yellow as it appears in nature. Plant flavonoids serve many varied functions, the most notable being providing color pigmentation in flowers.

The nutrients that give plants their bright colors, including most edible fruits and vegetables with non-green pigmentation, are due to the flavonoids. Flavonoids also help protect plants against the elements, such as potentially harmful UV rays, pests, and diseases.

According to recent studies, it is believed that terpenes are the primary contributor to cannabis’s distinctive flavors and aromas. Despite their widespread usage in improving health, flavonoids have an important role. They provide the distinguishing qualities we use to differentiate between different marijuana strains. Cannabis naturally smells and tastes like a combination of terpenes and flavonoids.

Moreover, flavonoids also affect how cannabis flowers change colors, just as they do with other plants. Those beautiful, deep purple cannabis plants owe their coloration to the flavonoids known as anthoxanthins or anthocyanins. Anthocyanin, found in some plants such as berries, creates a range of colors dependent on the pH level.

If inherent color pigmentation, smell, taste, and protective qualities weren’t enough for cannabis to exceed expectations as natural plant medicine, research is showing that flavonoids with medicinal benefits are also exclusively found in the THC and CBD concentrations of the plant.

As of now, it is not known whether flavonoids enhance the properties of cannabinoids or modulate their efficacy. More research on this topic will be needed to determine how they work together and what effects they have.

One example of a flavonoid is quercetin, which can be found in many fruits and vegetables. This compound, a known anti-fungal and antioxidant, is found in other plant sources. Catechins, which are flavonoids from cocoa beans and tea leaves as well as other foods such as pome fruit, may also be antioxidants that provide benefits for the cardiovascular system.

The use of cannabis for medicinal purposes has been long-documented, with studies showing that cannaflavin A might be stronger than drugs like Aspirin in treating inflammation. Cannaflavin B and C are also being studied for medical use. Increasingly, marijuana is being recognized as a valuable medicine. A study in the Canadian Medical Association Journal found that 13 out of 21 high-grade cannabis oils studied had therapeutic qualities and concluded that “cannabis may have beneficial use” in various conditions ­–we’ll see where future studies take us.

Flavonoids may be synergistic in cannabis

The entourage effect described the synergistic nature of many compounds in cannabis. Our bodies are wrought with endocannabinoid systems, a network of receptors strewn throughout every organ and system. Cannabinoids interact with receptors to produce different effects. These interactions are also affected by terpenes and cannabinoids.

The reason why certain combinations of these biomolecules make us feel different is that they have synergistic properties. Cannabidiol (CBD), for example, modulates the effects of THC on the blood-brain barrier. Some researchers think that flavonoids have similar abilities to work together. The abilities of terpenes to increase or decrease the effects of cannabinoids have not yet been fully explored and will require more research.

The term “entourage effect” was introduced in 1998 by S. Ben-Shabat and Dr. Raphael Mechoulam, who collaborated extensively on research into the efficacy of Delta9 tetrahydrocannabinol (THC) for medical use. Dr. Mechoulam and other scientists such as James MacPartland are among the few today working to figure out how flavonoids work in marijuana. However, due to the strict federal roadblocks that prevent cannabis research in the U.S., there is a lack of systematic study on cannabinoid However flavonoids, especially in regards to studying their efficacy for medicinal purposes, research into cannabis flavonoids in the U.S. is limited because of strict federal roadblocks to conducting this type of investigation.

Cannabis contains a flavonoid that is responsible for the medicinal effects of cannabis, but studies are being hindered due to federal restrictions. Until scientists discover a way to know the different components of cannabis, they will continue to rely on this scientific strategy.

Could Flavonoids Play a Role in Pain Relief?

Interestingly, even though cannaflavins are responsible for the psychoactive effects of cannabis, it is believed to make up less than 0.15% of a fresh weight marijuana plant. To exhibit these effects, one would have to consume an enormous quantity of marijuana.

To work around this, researchers have begun to separate cannaflavins from the cannabis plant through metabolic engineering. Successfully identifying the genes in cannabis responsible for producing cannaflavins has allowed researchers to isolate them.

Companies have already begun exploring new research to see how they can use it for commercial purposes. Cannabis molecules stop inflammation at the source and therefore avoid the damaging side effects of common over-the-counter NSAIDs (aspirin, ibuprofen, Advil). Flavonoids could potentially be the next big thing in medicinal cannabis science.