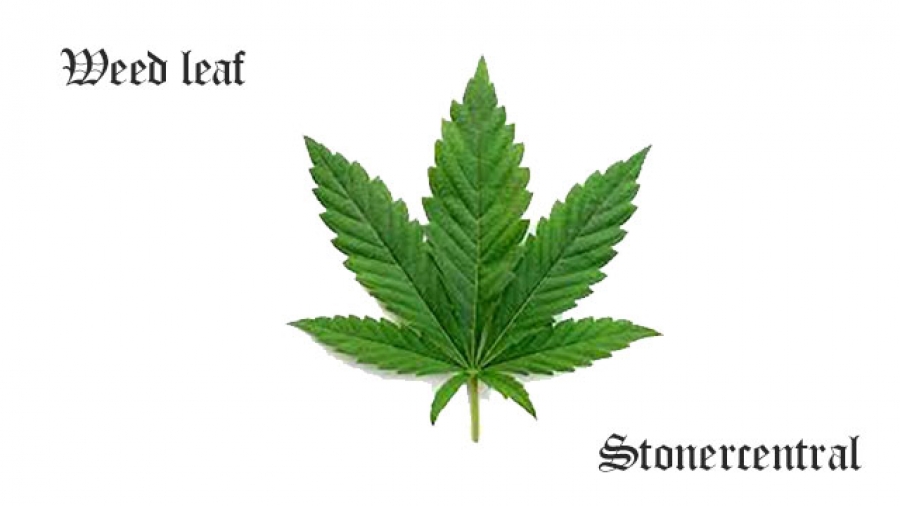 Long before it became a ubiquitous symbol of the modern global cannabis community, the marijuana leaf was a source of powerful inspiration (artistic and otherwise) for stoners in many cultures throughout history.

In this post, the all-things-cannabis experts at Honest Marijuana break down the biology behind the most common types of the marijuana leaf in addition to showing you a few leaf variations you may not have heard of.

We’ll also make sure that you can spot signs of poor leaf and plant health. Lastly, we’ll discuss the benefits of juicing and cooking your leaves into cannabutter in order to make the most out of them.

A Brief History Of The Marijuana Leaf

The cannabis plant has been around for a long, long time. Longer, in fact, than many people realize.

Stoners of yore — and we’re talking extremely yore — have been drawing the marijuana leaf on cave walls for millennia.

Take, for example, this cave painting in Kyushu, Japan dated from around 10,000 years B.C.

See the seven-lobed indica leaves in the orange circles? Ancient marijuana, man! And is that a unicorn at the top? Methinks it is! It’s no wonder that some of the best cannabis in the world comes from this area.

And lest you think the cannabis craze was isolated in the far east, check out this illustration of the Egyptian goddess Seshat. Pharaoh Tuthmosis III described this deity as, “she of the seven points.”

She’s obviously got marijuana on her mind. Smart lady.

Even the ancient Greeks got in on the marijuana-leaf action. Below is an illustration of the cannabis sativa plant taken from the Vienna Dioscurides, a Greek medical textbook, dated at around 512 A.D.

Scientists now call these ancient plants landrace strains because they are very different from the high-THC and high-CBD strains you can buy at your local dispensary.

Landrace strain or brand-new variety, it’s obvious that humans have recognized the marijuana leaf (and the cannabis plant as a whole) as a source of artistic inspiration, medicine, and, yes, psychedelia, for at least 12,000 years — and probably a lot longer.

Isn’t that groovy, man? We’re part of a long history that stretches back to before the domestication of crops and animals. Can’t say that about too many things these days.

Now that you know a bit about the history of the marijuana leaf — this really is a tiny amount; there’s so much more to learn — let’s turn our attention to the types of marijuana leaf we see today.