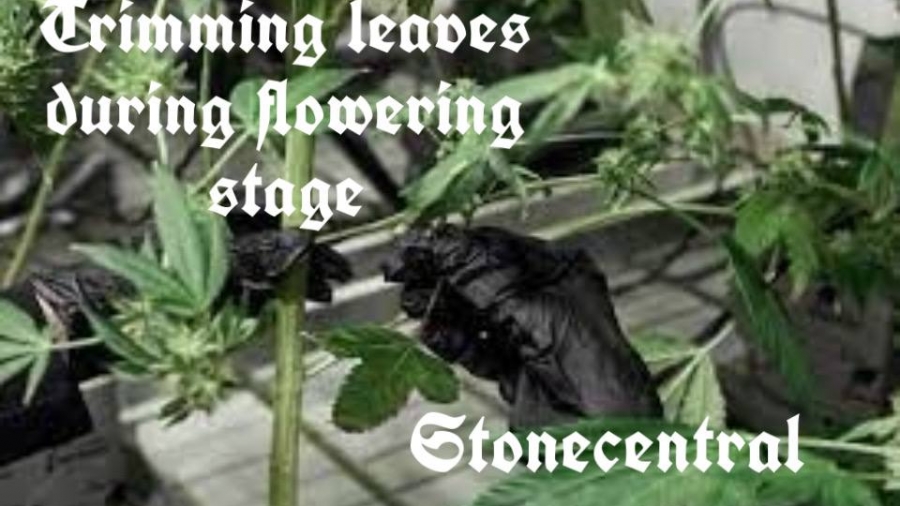 Pruning is one of the most effective ways to manipulate and direct the growth of a cannabis plant. If you’re looking to limit the size of your plant, promote lateral branching, delay the onset of flowering, or increase yield, pruning checks all the boxes. It may feel counterintuitive to snip parts of your plant as it grows. But by pruning unproductive growth, you can redirect the plant’s energy and resources into developing quality flowers.

While pruning is reasonably straightforward, it’s also a skill that becomes refined and easier with practice. These pruning tips and tricks should help demystify the process.

Why do you prune cannabis?

Pruning refers to the process whereby small, specific sections of the plant are cut to encourage healthy growth. At its most fundamental level, pruning removes growth that is damaged, unproductive, or blocking sunlight from reaching budding flowers.

The elimination of this growth enables the plant to focus its energy on nourishing and strengthening the remaining leaves, shoots, and buds. Successful pruning also promotes greater airflow and light exposure, fostering a more vibrant plant, and forming denser, more cannabinoid-rich buds.

While the principle of pruning sounds simple in theory, in practice it can be challenging. Excessive pruning can be detrimental to the health and development of the plant. It’s vital to always err on the side of caution when pruning cannabis plants. Vigorous pruning can weaken the plant through stress and subsequently reduce the yield. Pruning at the wrong time of the growing cycle or mistakenly pruning vital stems and shoots can inflict damage. For this reason, some new growers avoid pruning altogether, or others pare back their pruning to its most fundamental level, the removal of dead or yellowing leaves.

When do you prune cannabis?

Pruning is almost exclusively carried out during the vegetative growth stage before the cannabis plant is mature and ready to flower. The plant should be well-established in the vegetative phase, measuring approximately 12 inches (30 centimeters) tall with several sets of leaves before pruning is performed. If you’re looking to grow bushy, squat plants, keep the pruning to a minimum.

Judicious pruning during the early phase of vegetative growth will have little effect on flowering. Pruning more mature plants that are approaching the flowering stage is not recommended. At this later phase, heavy pruning can delay the onset of flowering, or prevent flowering altogether. In some cases, however,  growers may wish to delay flowering intentionally, so strategic pruning can be a useful tool.

Pruning during flowering should be extremely light and limited. One example of appropriate pruning would be the removal of fan leaves that are shading healthy bud sites. The pruning of damaged, diseased, or dead plant tissue can be carried out throughout both the vegetative and flowering cycles. Yellow (chlorotic) or brown tissue allows invasive microorganisms and pests to thrive. Remove these leaves to make sure they don’t fall and become absorbed into the growing medium.

How do you prune cannabis?

The process of pruning requires only one tool: a sharpened, clean pair of pruning shears. Expert growers may have several pairs of shears of different sizes designed to prune different levels of growth.

It’s vital to sterilize the shears before pruning to prevent pathogens from hitching a ride directly to your plant. The place where the plant has been pruned can be vulnerable to diseases or infections until it heals. Sharp shears are critical to making clean, swift snips that can heal quickly and don’t cause undue damage to the plant.

Once your pruning shears are sanitized and sharpened, you’re ready to begin.

According to Robert Connell Clarke, a cannabis cultivation expert, trimming the central stalk represents one of the most common pruning techniques. The tip of the central stalk is removed when the plant has reached its desired length. This removal encourages a bushy, laterally spreading plant, rather than a tall, stringy specimen.

Beneath the point where the central stalk has been removed, axial branches will form and grow two new limbs that ultimately spread outwards. This practice, also known as topping, is transformative because it alters the plant’s growth trajectory.

Pruning the larger branches and leaves promotes instant airflow by creating space. It also allows light to reach more of the plant. Make the cuts as clean and as close to the stem as possible, and at a 45-degree angle. Once the larger branches have been pruned, it’s easier to shift attention to the smaller details.

3. Clearing space around the middle of the plant

Branches growing in the middle of the plant are not as resilient as those at the top. Spend some time pruning to create space around the middle.

Very small limbs or branches grow around the lower parts of the plant, and tend to be atrophied. The removal of entire limbs allows the plant to channel nutrition into the upper stems, leaves, and buds. More air circulates in the lower reaches of the plant, minimizing the risk of mold when growing indoors. Most importantly, energy and growth hormones are directed upwards towards the buds most likely to thrive. This method is colloquially referred to as the lollipop technique or lollipopping. The plant takes on a lollipop appearance: bushy at the top with skinny and sparse foliage toward the bottom.

5. Pruning the leaves and bud sites

Remove any yellow, brown, or diseased-looking tissue. Also prune any leaves that have branches shooting from their base. Snip any buds heavily shaded by the canopy branches. The unfavorable location of these buds means they will not have access to adequate light and may have nutrient deficiencies.

Pruning inflicts stress on the plant, so allowing time for recovery is vital. Make sure you provide adequate water, light, and nourishment in the days after pruning to facilitate recovery from the shock. Within a week the growth of new shoots and leaves should be apparent. You can prune again once the plant has had the opportunity to recover. Always remember, however, that the excessive removal of shoots and leaves is a significant stressor and can inhibit growth and bud development.

Other pruning techniques that growers may use include F.I.M. (Fuck, I Missed or fimming), pinching out, and supercropping. These techniques need to be performed with care as they are more prone to causing damage.