The Marijuana Leaf: Everything You Need To Know 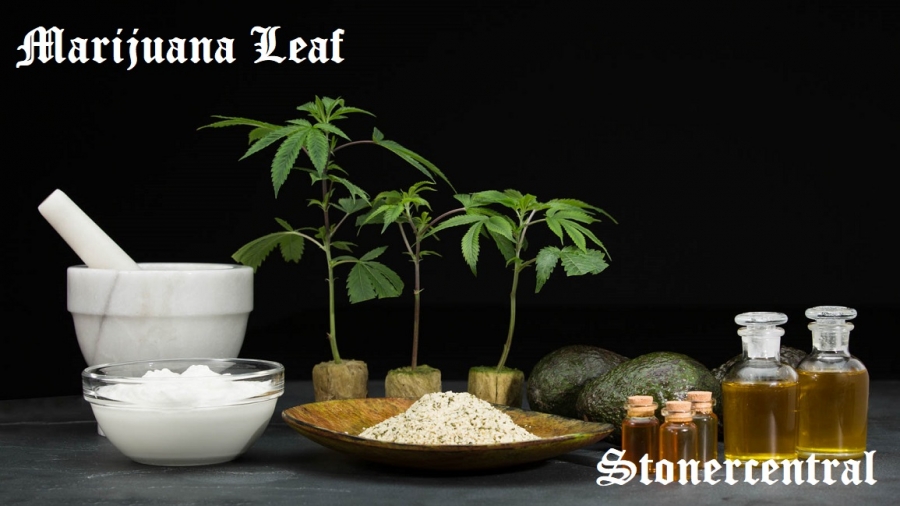 Long before it became a ubiquitous symbol of the modern global cannabis community, the marijuana leaf was a source of powerful inspiration (artistic and otherwise) for stoners in many cultures throughout history.

In this post, the all-things-cannabis experts at Honest Marijuana break down the biology behind the most common types of the marijuana leaf in addition to showing you a few leaf variations you may not have heard of.

We’ll also make sure that you can spot signs of poor leaf and plant health. Lastly, we’ll discuss the benefits of juicing and cooking your leaves into cannabutter in order to make the most out of them.

A Brief History Of The Marijuana Leaf

The cannabis plant has been around for a long, long time. Longer, in fact, than many people realize.

Stoners of yore — and we’re talking extremely yore — have been drawing the marijuana leaf on cave walls for millennia.

Take, for example, this cave painting in Kyushu, Japan dated from around 10,000 years B.C.

See the seven-lobed indica leaves in the orange circles? Ancient marijuana, man! And is that a unicorn at the top? Methinks it is! It’s no wonder that some of the best cannabis in the world comes from this area.

And lest you think the cannabis craze was isolated in the far east, check out this illustration of the Egyptian goddess Seshat. Pharaoh Tuthmosis III described this deity as, “she of the seven points.”

She’s obviously got marijuana on her mind. Smart lady.

Even the ancient Greeks got in on the marijuana-leaf action. Below is an illustration of the cannabis sativa plant taken from the Vienna Dioscurides, a Greek medical textbook, dated at around 512 A.D.

Scientists now call these ancient plants landrace strains because they are very different from the high-THC and high-CBD strains you can buy at your local dispensary.

Landrace strain or brand-new variety, it’s obvious that humans have recognized the marijuana leaf (and the cannabis plant as a whole) as a source of artistic inspiration, medicine, and, yes, psychedelia, for at least 12,000 years — and probably a lot longer.

Isn’t that groovy, man? We’re part of a long history that stretches back to before the domestication of crops and animals. Can’t say that about too many things these days.

Now that you know a bit about the history of the marijuana leaf — this really is a tiny amount; there’s so much more to learn — let’s turn our attention to the types of marijuana leaf we see today.

All of the different types of cannabis leaves belong to the general umbrella category or genus known as Cannabis sativa L.

The “L” in the plant’s genus name stands for Carl Linnaeus’s last name. He was the first to identify and name the species in 1753 according to the modern taxonomic nomenclature that he developed.

Linnaeus didn’t “discover” cannabis —- remember its use stretches back thousands and thousands of years — rather, he established the classification system (binomial nomenclature) that we’ve used for the past 260-odd years to describe plants and animals (even ourselves: Homo sapiens) and keep everything straight in our heads.

Biology lesson complete, let’s dig into each type of marijuana leaf to see what we can learn.

The coloration of sativa leaves ranges from light to dark green.

Sativa leaves can come from either female plants — from which we harvest the smokable weed we all know and love — or from the male plants known as hemp.

Check out the illustration below for just a few of the many uses.

Linnaeus mistakenly assumed that the cannabis genus was monolithic, meaning that it only had one species — the sativa variety itself.

There are, however, several other varieties of marijuana leaves that grow from the different subvarieties of the Cannabis sativa plant. Case in point: Cannabis indica.

Russian botanist D.E. Janischevsky identified a third species of marijuana plant that he named Cannabis ruderalis. Cannabis ruderalis grew across eastern Europe and was commonly used by Russians and Mongolians to treat depression.

There is some debate as to whether Cannabis ruderalis is actually its own species.

Besides adding a flavorful twist to your recipes, cannabis leaves carry many potential health benefits. Cannabis is a plant and as such contains essential nutrients and antioxidant properties as any other leafy green would.

Raw marijuana also boasts heart-healthy “good fats” in the form of omega-3 and omega-6 fatty acids. You may incorporate omega-rich avocado or salmon into your diet to derive skin benefits, but raw cannabis leaves can offer some of the same perks. If you need more fiber in your diet, raw cannabis leaves are excellent sources and can aid with digestive issues including constipation.

Further, cannabis fan leaves and sugar leaves are abundant in aromatic terpenes that may have antibacterial, antiviral, and even anti-tumor properties. Researchers have conducted numerous studies on the possible anti-tumor effects of cannabis terpenes, some of which have yielded encouraging findings. For example, myrcene, the most abundant terpene in cannabis, has demonstrated the potential to kill human breast cancer cells in a 2015 study published in the Journal of the Korean Society for Applied Biological Chemistry. Another study, published in 2012 in the journal BMC Complementary and Alternative Medicine found that the terpene cedrene, as an essential oil ingredient, might contribute to killing tumor cells in human tissue.

Whether your cannabis leaves end up in the compost pile to nourish the earth or in your body to nourish you, they can be nutritional powerhouses.

What can I do with cannabis leaves?

Raw cannabis leaves are versatile and valuable, so be mindful the next time you trim them from your plants. First, let’s identify the two types of cannabis leaves that you’ll encounter whether you’re growing an indica or sativa-dominant strain:

Sugar leaves: Coated in white trichomes, sugar leaves are small and grow from the buds. Somoza explained the process of sugar leaf development this way: “As cannabis matures, the bracts or buds of the plant will swell and develop ‘sugar’ that will grow and fall on surrounding leaves. These sugar leaves are loaded with cannabinoids and are still useful when trimmed off during or after harvest.”

As a rule of thumb, indica strains produce more resin glands which yield a greater amount of trichomes. Therefore, indica strains tend to have more sugar leaves than sativa strains.

Fan leaves: Bearing a smaller amount of trichomes, these larger and broader leaves are easily seen protruding from marijuana plants. Like sugar leaves, fan leaves are also useful, as Somoza revealed, “I find that fan leaves are great for composts or a compost tea that goes right back into your garden.”

Well, actually you can! However, smoking raw marijuana by itself will only give you a mild buzz as opposed to a proper euphoric high.

This is why we don’t recommend smoking marijuana leaves unless you’re using them to smoke good ground bud by rolling it into a custom joint for yourself!