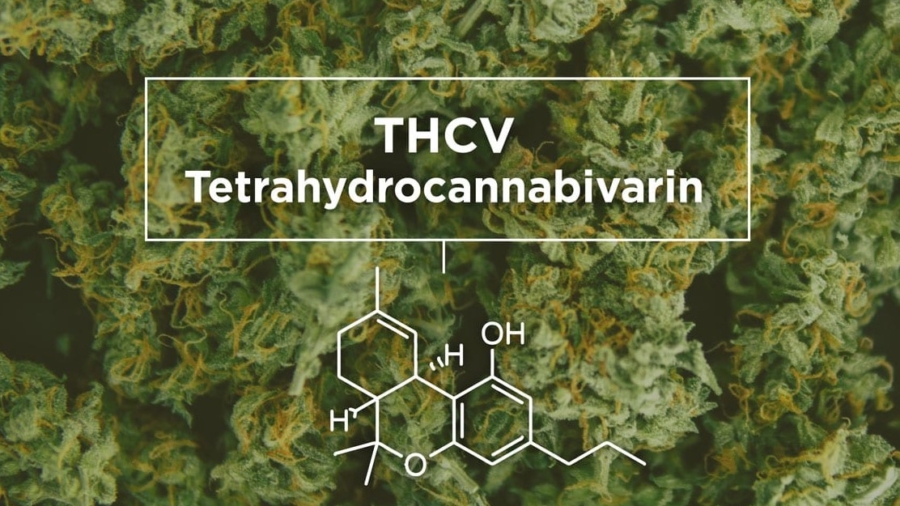 So many cannabinoids, so little time, right? What exactly is a cannabinoid? And as an aside, how do we pronounce it? Cannabinoids (ka·nuh·buh·noyds) are the naturally occurring chemical compounds found within the cannabis plant. THC is the popular cannabinoid, but more than 110 cannabinoids have been discovered to date.

Within the endocannabinoid system are receptors, specifically known as the CB1 and CB2 receptors. Our CB1 receptors are present in the central nervous system and in certain peripheral tissues, mainly present in the brain and spinal cord. They are concentrated in brain regions associated with the behaviors they influence. Meanwhile, our CB2 receptors are heavily concentrated in immune cells. When activated, CB2 receptors work to reduce inflammation, as inflammation is an immune response. When consuming compounds from the cannabis plant, cannabinoids are able to affect key processes in our body, ranging from mood and memory to appetite and pain.

So let’s start with the most famous of them all, THC. THC, scientifically known as delta-9-tetrahydrocannabinol, is the compound that’s responsible for the psychoactive effects of cannabis. THC activates our CB1 receptors, and as stated earlier, these receptors are heavily present within the brain and nervous system. Scientists are discovering that THC can do way more than just get you high. THC has been studied to help with a variety of ailments such as nausea, pain, and an appetite stimulant to name a few. Currently, THC is the most commonly utilized cannabinoid, but with scientists and researchers diving deeper into the cannabis plant, we are seeing there is much more to it.

THCV Tetrahydrocannabivarin, Possibly the most medicinal of all types of THC?

THCV is identical to THC except its “tail” is chopped off or half size.  Without getting into the nuances of the chemistry that even the scientists struggle to understand, this compound responds differently with the CB1 and CB2 receptors, and probably other receptors as well.   The takeaway is that THCV delivers similar and sometimes opposing effects to the more well known THC molecule.  OK then, what does THCV do?

“While THC activates cannabinoid receptors, THCV works in the opposite way by blocking receptors from being activated. Since most strains tend to have much higher levels of THC, the effects of THCV are usually not achieved by using cannabis in its natural form.”

“THCV and THC both possess pain relieving properties, but they differ in one very big way. Whereas THC induces appetite, THCV suppresses appetite. THCV also increases energy. That’s very significant when one considers how many health problems are directly tied to diabetes and obesity, which THCV can help combat.” – GW Pharmaceuticals

There is a large amount of THCV in Pakistani cannabis, plus cannabinol and d8 (non psychoactive THC) which is the one used to make a medicine called ‘tincture of cannabis’. That contained about equal amounts of THC and THCV.

What is THCA? THCA, short for tetrahydrocannabinolic acid, is a cannabinoid that’s closely related to THC. The difference is that THCA is non-psychoactive. THCA does not activate CB1 cannabinoid receptors in the brain, therefore no “high” is produced. In order to make psychoactive THC from THCA, one needs to heat it. The process of heating THCA to convert it to psychoactive THC is called decarboxylation. In simpler terms, when THCA is heated via smoking or vaping, it removes the carboxylic acid (which stands for the A in THCA) leaving it to become THC. THCA is most commonly consumed in the form of raw juices and smoothies, considering the only way to utilize this compound is through raw cannabis.

Last but definitely not least is THCV, Tetrahydrocannabivarin, which is like a cousin of THC. Research is in its infancy stages and there is still a debate as to whether THCV is psychoactive. Some research has shown that when taken in low doses, it does not get you high. Research is also showing that when taken in high doses, the CB1 receptor is activated and produces a high. Unlike THC, THCV is said to actually suppress the appetite. Research has also shown possibilities in THCV to regulate blood sugar levels and reduce insulin resistance. In August 2011 a study showcased the antioxidant and neuroprotective properties of THCV, which could potentially delay the progression of Parkinson’s Disease and provide symptomatic relief. This can prove hopeful for those dealing with Parkinson’s, which currently has no cure. THCV is making its presence known as one of the most researched cannabinoids currently due to its potential health benefits.

As we continue to get to know this cannabis compound family, it’s ironic how a plant that was once shown as criminal is now bringing healing to so many people from all walks of life. With over 100 cannabinoids currently known in the plant, we are just touching the surface on what the cannabis plant has to offer.

„Cannabis sativa: The Plant of the Thousand and One Molecules“ is the title of a paper by Andre et al. which eloquently shows the complexity and immense therapeutic potential of this plant. Cannabis sativa L. is most known for its cannabinoids and is the only plant that produces them in such high quantities.

Besides phytocannabinoids (plant-cannabinoids) there are a vast number of other compounds such as terpenes, flavonoids, strereoids and fatty acids that all together have a synergistic effect on the efficacy of cannabis therapy.

In the past, most of the research has been concentrated on the psychotropic compound delt-9-tetrahydrocanabinol (THC), while other „lesser “cannabinoids have been mainly overlooked. One of the overlooked minor cannabinoids is THC’s little brother, (THCV).

There are two major cannabinoid “families” that dominate the cannabis plant and the difference is only in 2 carbon atoms. The pentyls have a phenolic sidechain of five carbon atoms, while the propyls have only three. This difference is due to two different acids being used in the synthesis of phytocannabinoid precursors. If olivetolic acid is combined with geranyl pyrophosphate, we get cannabigerolic acid (CBGa). CBGa can then be converted to other cannabinoid acids depending on the acid sythethase that is present. THCa sythethase transforms it into THCa, CBDa synthethase into CBDa and CBCa synthethase into CBCa.

THCV was fist isolated in 1970 by Gill et al. by extracting it from a licensed cannabis tincture, that was available in UK at the time. The tincture was legally imported and made from Pakistani grown cannabis. The tinctures main constituents were THC (2,4%) and THCV (2%), an interesting 5:4 ratio, that can also be found in newer chemotypes (Doug’s Varin).

As a side note, the propyl analog of CBD, cannabidivarin (CBDV) was isolated, as so many other cannabinoids, form hashish, by Vollner et al., in 1969.

GW Pharma has developed their high THCV strain from selective inter-breeding of high 1:1 THC: THCV landraces (China, South Africa) and named (California orange, Malawi Gold) chemovars. By a selective process of self-pollination and cross breeding of the phenotypes with the highest levels of the propyl cannabinoids, they obtained a genotype with 96% of total propyl cannabinoids.

One of the most well-known chemovars, with a high THCV, is the appropriately named Doug’s Varin. In tests done by Steep Hill Labs, they detected 19 % THC-A and a whopping 15% THCV-A. The main terpenes were beta-myrcene 1,5%, pinene 0,53 and limonene 0,48. They also performed an analysis on decarboxylated kief of this chemovar, and they measured 24,25% THCV and 21,13% of THC. The only measured terpene in the decarboxylated kief was beta-myrcene (0,38%), which shows us, how the monoterpenes are lost during this process.

There might be other chemovars containing higher percentages of THCV, but sadly, a lot of analytical laboratories, still do not test for the presence of this cannabinoid.

Durban Poison; Pick a strain with A cannabinoid profile showing at least 1% CBG and 1% THCV and whatever THC content.  CBD while desirable won’t be found in therapeutic quantity.

Durban Poison is like the “espresso” of cannabis. The raciest sativa I know of, it’s a stimulating and clear headed high with no trace of numbing or “stoning.” It wakes you up, cuts through the bleary fog and leaves you clearheaded and bright, gives you energy to go and seize the day. Gives tons of energy and also an intense emotional euphoria… where everything is vibrating and you can’t take the smile off your face.