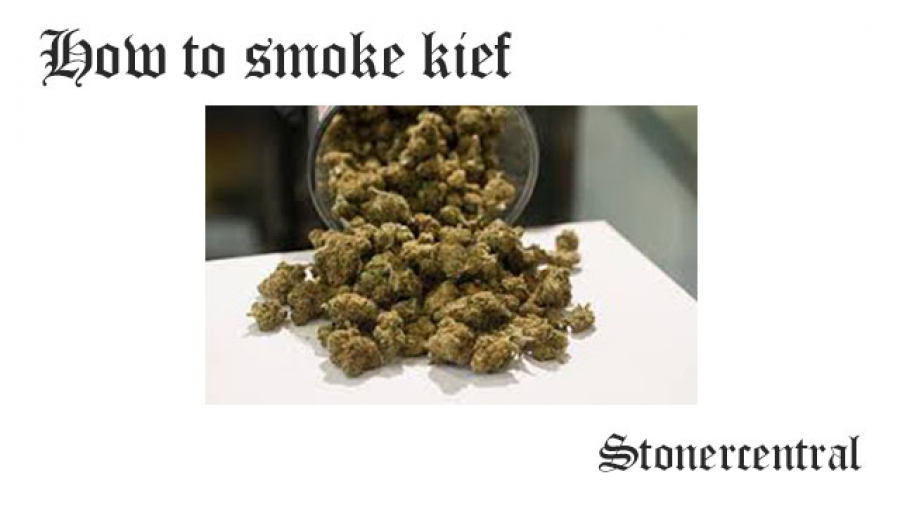 Kief is trichomes from cannabis flowers that can be collected and used in a number of different applications. Trichomes contain the cannabinoids and terpenes produced by the cannabis plant—that’s what makes kief so unique. Because kief consists almost entirely of pure trichomes, it is an incredibly concentrated and potent cannabis product.

Kief is typically collected in one of two ways. The less common method is to collect kief using a series of filters and screens to separate it out from the rest of the plant matter. The more common method is to use a weed grinder with a kief collector.

Collecting kief with screens and filters

Collecting kief with a series of filters and screens requires much more plant matter than collecting it in your grinder, and is typically used to make homemade concentrates, most notably bubble hash. For this method, you’ll need a series of increasingly fine filter screens. The easiest way to do this is with a set of bubble bags and ice.

Begin by layering your bubble bags, one inside the other, with the largest-gauge filter being the innermost bag and the smallest-gauge filter the outermost bag. Dump a bunch of cannabis plant material and ice inside the bags and agitate the whole thing. The idea is to freeze the trichomes, making them brittle and easy to break away from the plant matter.

As you agitate the bag full of weed and ice, all the trichomes will fall off to the bottom of the bag. Now lift out the inside bag (the one with the biggest holes in the filter). The bottom will be lined with all the plant matter and the largest particles. Discard the plant matter, scrape away the big particles on the bottom of the bag, and save them in their own separate place.

Now, repeat this process with each bag. As you go, you will collect increasingly fine particles of plant matter and kief until you reach the final bag, the one with the tiniest filter. At that point, you will be collecting the purest, most potent kief, without any other plant matter. Let the kief dry and you’re ready to smoke it on its own or to press into another product such as hash.

Collecting kief with your grinder

The more common method for collecting kief is to use a multi-chamber weed grinder with a filter screen. This method is very simple. As you grind your herb, chunks of plant matter fall from the grinding chamber into a collection chamber. The floor of this collection chamber is a wire mesh screen so that the finer particles of kief fall through into a specialized kief collector. After grinding a bunch of weed, you’ll eventually accumulate enough kief to scrape it out and smoke it.

What are the advantages?

One of the benefits of kief over other methods of making hash, including butane, propane, ethanol, and even water, is it requires almost no equipment and has no safety concerns. For consumers who don’t like the idea of chemical solvents, kief stands alone as a supremely natural method of concentrating cannabis, dating back several thousand years to hash-making locales like Morocco and Afghanistan. Even water hash can get moldy and could constitute a health risk if poorly-made… but kief is basically idiot-proof, in that you’ll always get a safe product that is stronger and more pure than straight-up marijuana.

If you want to go one step farther, you can also press your refined kief using light heat and get something similar to a shatter, which can be easier to work with than loose, dusty kief.

As previously stated, most people just end up sprinkling a little bit (or a lot) of kief on top of the weed in their pipes or joints; though this is a great method that adds a punch of potency and/or flavor to normal flowers, it doesn’t allow you to experience the kief on its own. Our recommended method for smoking kief is to use a screen on top of a glass pipe. You can purchase durable specialty titanium screens for smoking hash at well-stocked head shops, but you can even use a standard stainless steel pipe screen with no issues.

Gently heating the kief using indirect flame (held an inch or two above the kief) is the best way to release the essential oils and prevent burning it — good kief will begin to bubble and melt like you see with high-grade water hash, leaving behind very little residue and giving a full-flavored hit. On the flip side, poorly refined kief can taste harsh and woody due to the presence of remnant plant matter, so if you care about flavor, it’s important to try and get your kief as clean as possible before smoking. If you have access to any kind of microscope, look for flecks of green and trichome stalks in your kief — this will indicate that your kief isn’t totally pure and may need more refining.

Can I dab it or vape it?

Generally, no… but there are exceptions. Though most kief isn’t clean enough for traditional dabbing/vaping methods, if you’re lucky enough to find something close to the fabled “99% sift,” that level of kief is certainly dabbable and could even go into certain vape pens. However, most at-home kief collected in a grinder won’t be clean enough for these methods, and will leave behind a lot of residue which can clog up a vaporizer and leave an unpleasant taste on the nail of your dab rig. We recommend the “metal screen + glass pipe” method for this reason, though glass companies also make what are referred to as “clamshell bowls” with a hot wand specifically for hash-smoking which serves the same function.

How strong is it?

Simply put, smoking kief gives a much stronger effect than regular cannabis flowers. Rather than sitting somewhere between 12% and 25% THC, kief (depending on purity) can be up to 70% THC — this means that you get a much stronger effect from less material smoked. Kief also tends to be strong since it’s usually made from a wide range of different strains over time, giving you a varied mix of cannabinoids, terpenes, and flavonoids in the mix. Many veteran smokers report kief giving them a strong, almost narcotic effect that’s perfect for bedtime.